To the surprise of many, Apple added a very un-Apple-like color choice for the iPhone 5s – gold.  The glimmering device seems to clash with Apple’s modern, subtle style and was immediately hated by many fans around the world, who called it downright gaudy.

Yet the gold iPhone is tailor-made for a particular group of people in China, where it has become a beacon for the nouveau riche as well as a way to deride them.

Let me take a step back: “tuhao” is an old Chinese term referring to rich and powerful local landlords. But the gold iPhone brought a new meaning to the word, and with it a hot new trend. “Tuhao” now refers to newly rich, uncouth people who love to flash their cash.

The best way to do it? Go for the gold. Gold cars, flashy bags, shoes, and now phones. Exhibit A: couple of newlyweds in Ningbo who gave away 81 iPhone 5s to guests at their gold-themed wedding. Let’s hope the union lasts long enough for the trendy gift to become quaintly obsolete. 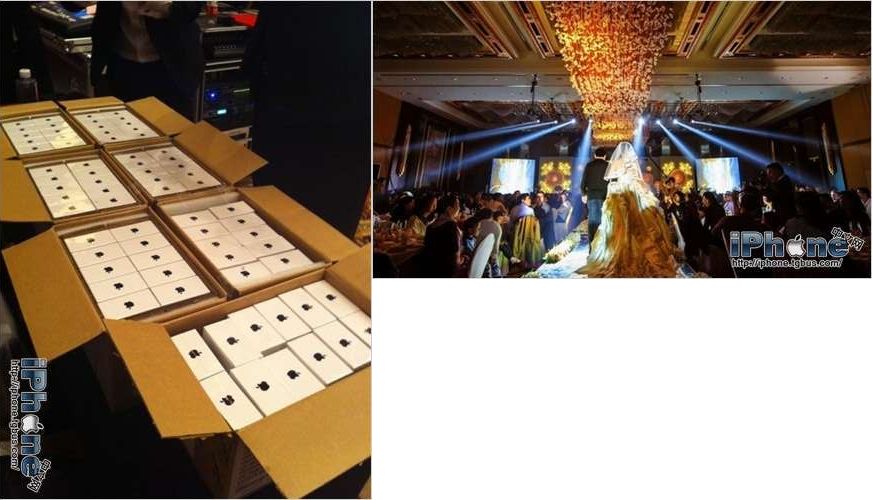 Naturally, when Apple announced the gold iPhone, it became the must-grab gadget of the newly rich. It could be out of jealousy, but most ordinary people despise the tuhao for their style and extravagant way of living. Needless to say, “tuhao” is not a nice term.

Yet the infamous nickname has not slowed down sales. In fact, the gold iPhone 5s had such a high demand in China that when it first hit the market you could resell it for more than double the price. It took a full two months after the launch for the Apple stores in Hong Kong to have it in stock.

Despite the huge amount of tuhao gold iPhones being sold, they are still hard to spot on the urban streets of China and Hong Kong. Normal folks who don’t want to be labeled tuhao avoid that color at all costs. People who choose the gold one for its good luck connotations are often made fun of for looking like a tuhao with the flashy new iPhone.
So what do you do if you don’t want to look cheap with an expensive phone in China?
Go for silver or space grey.

Number of comments on this postLeave a comment
Posted in: Top stories