LAS VEGAS – FLIR One debuted their all-new thermal imaging camera case at CES this week, that gives the iPhone 5 and 5s the power to pick up heat signatures up to 100 meters away from live people, animals, and pretty much anything else in your environment.


Flir One makes thermal imaging products aimed at professionals but the Flir One case is their first product aimed at brining thermal imaging tools to the everyday consumer. It cost $349, which sounds ridiculously expensive at first, but compared to Flir’s cheapest stand alone model that sells for over a grand, it’s not too bad.

The detachable case comes with a thermal imaging camera on the back powered by its own battery source with up to 4 hours of charge. It comes with a custom app that gives you a number of different filters to interpret the heat signatures around you differently, and can be used for all sorts of household projects like looking for studs behind your wall, checking for water leaks, heat leaks, or even looking for termite infestation. It also doubles as a really cool, really expensive, long range thermometer.

Flir One says it will launch sometime this Spring but it’s also hard at work on an SDK so other apps can piggyback off the technology. 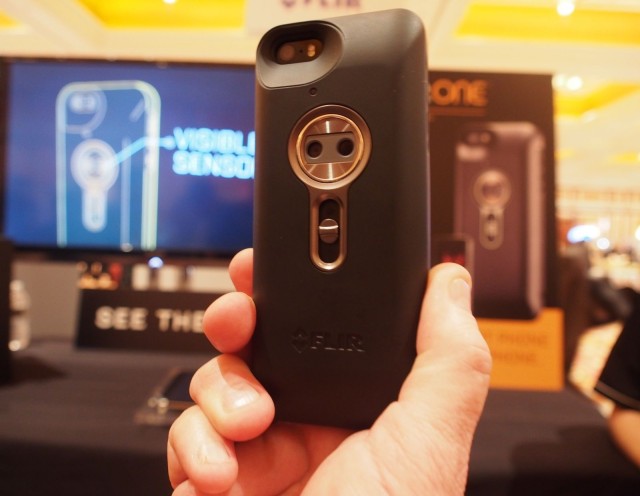