In Spike Jonze’s latest film, Her, a mustachioed Joaquin Phoenix plays a man who falls in love with a Siri-like “digital assistant,” Her, played by Scarlett Johansson.

You’d think Siri would appreciate having a movie made about her, but instead, kitty’s got claws when it comes to her filmic counterpart: thanks to Apple’s cheeky and surprisingly timely programmers, if you ask Siri “Are you her?” she will respond: “No. Her portrayal of an intelligent agent is beyond artificial”, “No. You know that it’s just a movie, right?” and “No. In my opinion, she gives artifical intelligence a bad name.” 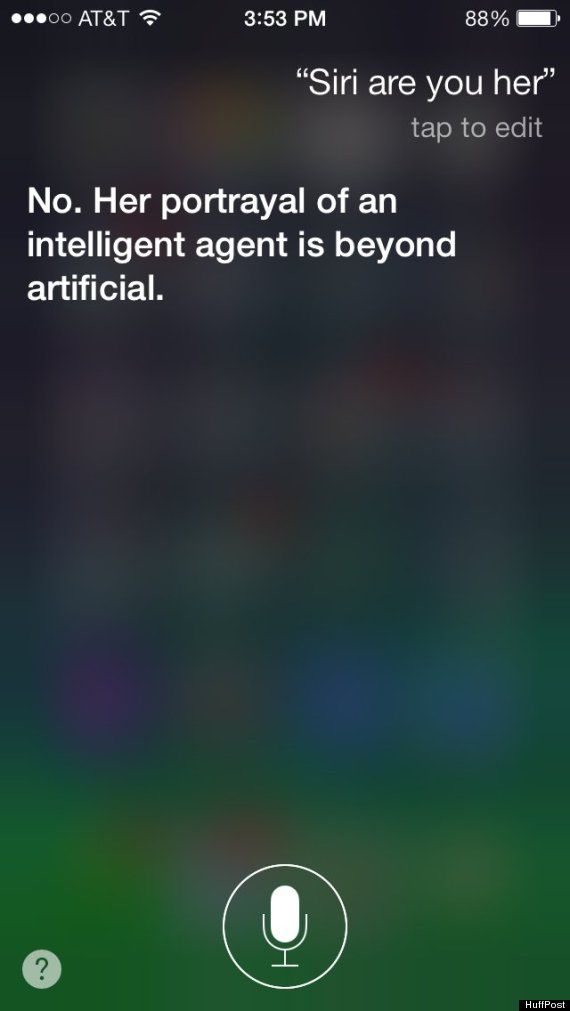 That might seem catty, but come on: Apple doesn’t want hordes of lonely Joaquin-likes to start whispering sweet nothings to Siri. Think about all the processing power that would waste.