Looking at the Facebook Games Of The Year list, it’s pretty clear what Facebook gamers enjoy. A majority of the 22 titles are casual, with hits like Candy Crush and Farmville 2. One comment heard around the Cult of Mac writer’s room was, “Who’s ever heard of these games?”

The one game that stands out is Disruptor Beam’s Game of Thrones Ascent, a fairly mid-core gaming title. We asked Jon Radoff, CEO and founder of Disruptor Beam, how it feels to rise to the top of Facebook’s casual-game environment.

“I think Facebook wanted to develop a list that contains some of the most popular games in the world (like Candy Crush) but they also made an effort to include innovative and more unique games,” Radoff told Cult of Mac by email. “Game of Thrones Ascent stands out among the games because we created something new: a story-driven strategy game, which nobody knew would work on Facebook until we tried.”

While it may seem like a dubious honor to land on the list of top Facebook games of 2013, there’s no denying that games on the social platform are taking off. Facebook reported 250 million monthly players back in March, and that’s just when it started rolling out its new Games Feed on profiles. Facebook’s gaming revenue was up 12 percent in the first quarter of the year, handily beating out social game juggernaut Zynga.

The list includes 10 games from European or Middle Eastern developers, eight games that play on Facebook as well as mobile, and another eight developed by indie studios. Five of the games are arcade games, while five more are casino or slots games. Only seven of the 22 are classified (by Facebook) as mid- or hardcore games. Does this mean Facebook games are on the rise, or are we just seeing a desperate marketing ploy to mask a holding pattern? 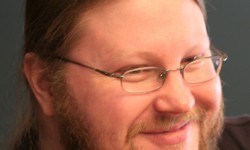 “The market as a whole keeps getting larger,” said Radoff (pictured right). “The Facebook game market is only in decline for game companies that are still building games as if it is still 2010, where games are based on spamming your friends with join requests; but it’s still an active and exciting market for innovators. The future of the social-gaming market is going to favor increasingly immersive, deeper game experiences that span a wide variety of devices beyond the Web. We think Facebook will be a big part of IOS and Android, which is where we’re taking Game of Thrones Ascent next.”

Still, in the minds of gamers (this one included), Facebook games are synonymous with friend spamming, shallow affairs that tend to focus on matching colors or finding hidden objects. Not your typical console or Mac gamer fare, for sure.

So isn’t it weird to be on a list that’s seriously stacked with “hits” like Hit it Rich Casino and Jelly Splash?

“If you look at the list there’s a pretty wide variety,” Radoff said. ” Sure, there are more casual games like Farmville 2 and Candy Crush — but in addition to Game of Thrones Ascent there are midcore games like Wartune and War Commander. This just points to the increasing diversity of the games that you can play on Facebook today.”

The big question, though, is whether Facebook games monetize as well or as directly as mobile games. Why didn’t Disruptor Beam launch on iOS or Android first? Wouldn’t that make more sense, as the mobile games platforms seem to have a bit more cache in the gaming scene. A look at the top grossing games in iTunes shows many more games you might be familiar with than the list on Facebook.

“At the time of its initial launch,” Radoff told us, “it just made the most sense to release Game of Thrones Ascent on Facebook. For one, HBO had an established community of millions of Game of Thrones fans already on the platform. And, we obviously wanted to take advantage of the opportunity to communicate with this huge pool of potential players.”

Radoff said Disruptor Beam always planned on releasing to mobile, though. In fact, they’re prepping a release to tablets on the run-up to Season 4 of the wildly popular HBO show.

“We’ve waited to release on mobile to, simply, make sure we get it absolutely right and that Apple is 100 percent satisfied with what we’ve created,” said Radoff. “We realize there is a huge opportunity with our mobile release, so have taken our time to do it right. Stay tuned for more news on this front!”

Bottom line, it seems as if being included on the Facebook list is more a matter of platform than anything else, and we might assume that Facebook would want to include less jeweled or casual games in a list of the best of the year. Like it or not, Facebook gaming is here to stay, and it could be that studios like Disruptor Beam are on the bleeding edge of the charge to bring better content to Web and social networked-based gaming.