It has become somewhat of an old joke, but Microsoft’s retail stores are essentially ghost towns. Every once in awhile you’ll see a side by side comparison of an Apple Store filled with busy shoppers sitting right next to a completely vacant Microsoft store.

Slate visited both stores yesterday in Arlington, Virginia. The above image shows Microsoft’s store, and here’s a shot from inside Apple’s: 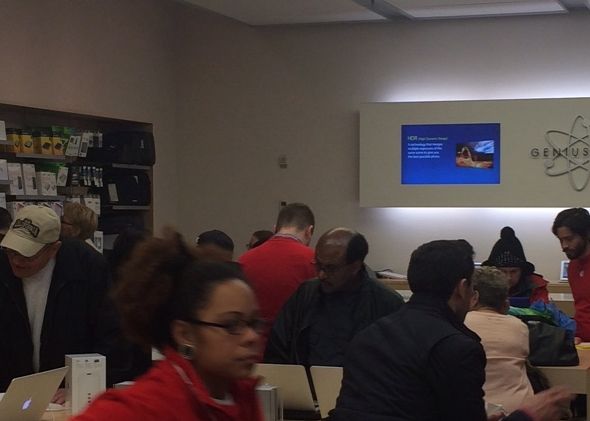 “This is not a trick of the camera,” reassures Slate. “There were zero shoppers in the store. At noon. On a Sunday in December at peak retail shopping season.”

Microsoft still reigns in the enterprise sector and its consumer software business is massive, but the company has failed to create a retail presence like Apple that attracts normal people.

To Microsoft’s credit, it has started putting up smaller booths to try and sell the Surface in heavily trafficked areas, like outside stores in malls and popular shopping districts. The reason is pretty obvious: no one is visiting Microsoft’s own stores.