If you’re a hardcore gamer who has never quite gotten over the fact that your iPhone doesn’t have a D-pad, Moga has just made available for purchase the first iOS 7 compatible game controller, the Ace Power. But you might want to hold onto your money for now.

Featuring an enclosed design, the Ace Power plugs into your iPhone 5, 5s, 5c or iPod Touch Lightning Port, grafting a D-pad, dual analog sticks, 4 action buttons, a headphone jack and trigger buttons that essentially turn your iDevice into something a little closer to an Xbox controller. The Ace Power is even a Mophie-like battery case, so it’ll charge your device on the go! 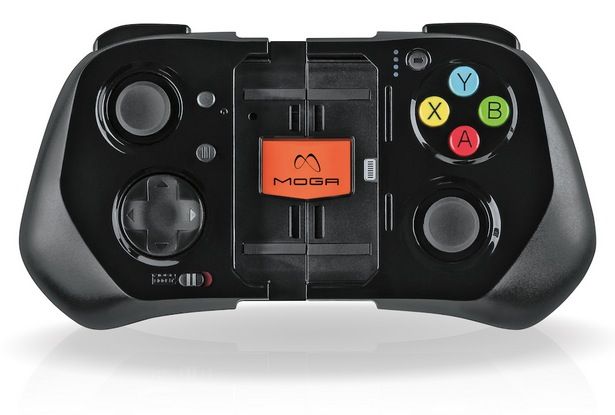 Sadly, though, all is not rosy with the $99.99 controller. Touch Arcade took it for an early spin, and they weren’t impressed:

The hollow feeling of the MOGA Ace Power, the clicky buttons, how little it weighs, the texture of the plastic and the loose rattle of the sliding mechanism when it’s not fully extended with an iPhone or iPod touch inside all work against the device feeling like a $99 piece of kit. It’s pedantic and nitpicky to be pointing out the texture of the plastic as “not feeling worth $99,” but the point remains- It’s a lot like the impression a car leaves on you by the sound and feel of its door closing. Does the solid thump of a Lexus door closing make it better than the light weight feel of a Kia’s door closing? Probably not, but it all goes into the value judgement.

I hear what Touch Arcade is saying. Controller design is incredibly important, and a controller that feels weightless or somehow unsolid can lead to a sub-par gaming experience. On the other hand, though, it’s better than nothing… and right now, nothing is the alternative.

If you’d like to get your hands on an Ace Power, you can buy one from Moga directly for just $99.