I’m a big fan of Iron Man. I’ll play virtually any game with Iron Man in it, on it, or around it, so naturally I took a swing at Gameloft’s Iron Man 3 tie-in game earlier this year. And it was a bland infinite runner to sit alongside all the other bland infinite runners released for popular film franchises. I wept.

So when I saw that Thor: The Dark World was not an infinite runner, I decided to give it a go. To my surprise, Thor: The Dark World is a top-down dungeon crawler hybrid that allows you to summon Einherjar, or heroes, to help fight alongside you. So you’ll charge through levels tapping every shiny thing and enemy in your path and can strategically call more fighters to the battle to deal with bosses and ranged attacks. 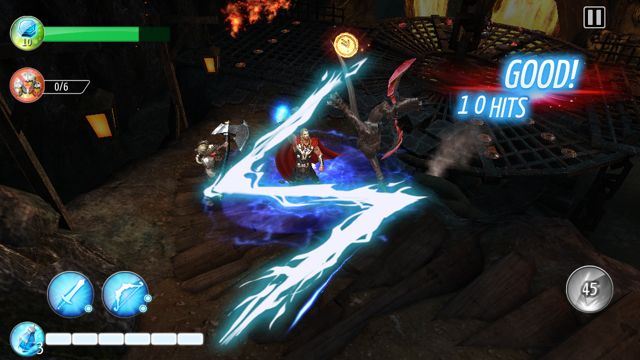 Like a typical Gameloft free-to-play title, the biggest stumbling block in Thor is making sense of the multiple currency levels in the game. In theory, you can collect all the various forms of upgrade-buying money in the levels, but some currencies are harder to find. Where you can generally get enough gold in a level to make low-level stat upgrades to your characters by playing a handful of battles, the harder-to-find money can take hours to gather. The worst example of this I’ve seen in a free-to-play title is the My Little Pony Farmville-esque travesty that is also made by Gameloft. Thor’s money problems are no where near as bad, thankfully. 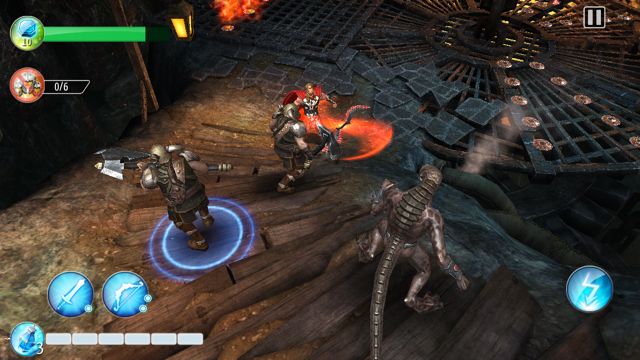 Tapping to loot and fight is exactly what you want from a game like this. You can play the levels with ease, and only need to take time to contemplate strategy when you enter a boss fight. I’m so happy Thor: The Dark World turned out more enjoyable than my last few ventures into Gameloftland and happily takes a place on my phone as a heavy-rotation game.

Sometimes you just need to smash some ice giants.