Apple’s glass and steel mothership isn’t scheduled to land in Cupertino until 2016, but we’ve already seen plenty of renders of what Apple Campus 2 will look like from the outside. We covered all the fine details of Apple Campus 2 in the last issue of Cult of Mac Magazine, but some new renders have been released giving us our first glimpses inside the mothership.

After digging through the latest Apple Campus 2 filings, Kyle Vanhemert at Wired found some unseen renderings that show what it will be like to work at Apple Campus 2, including new details on the underground theater, Transit Center, parking garage, visitors center, pavilion and much more. 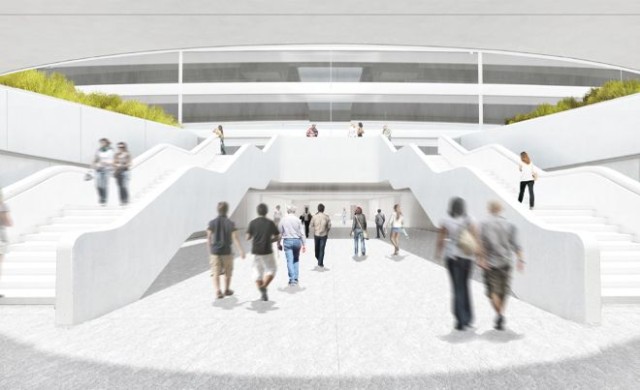 When you arrive in the Corporate Transit Center, employees will be greeted on both sides by two gorgeous all-white staircases. 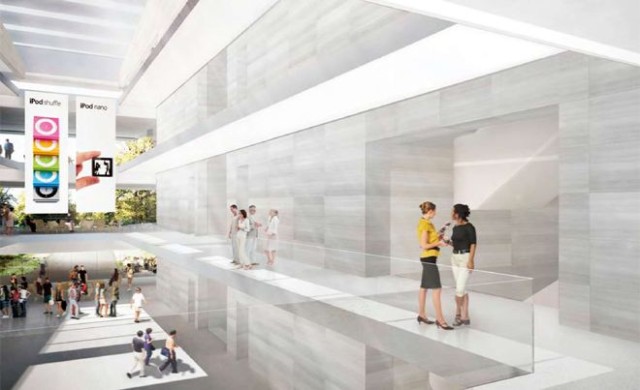 Here’s one of the first looks inside Apple Campus 2. Note banners for the now discontinued  6th-gen iPod Nano and the iPod Shuffle. 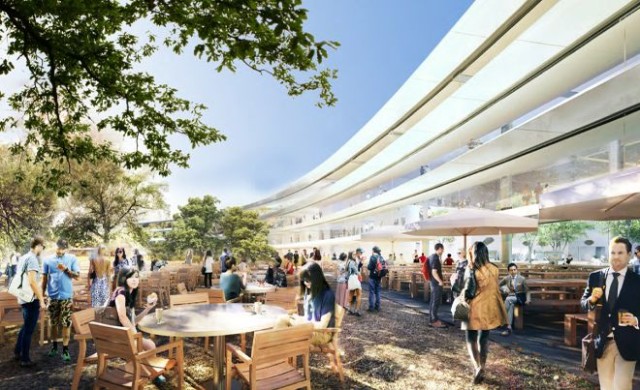 Apple hopes the outside of the campus will become a bustling place of business and leisure. 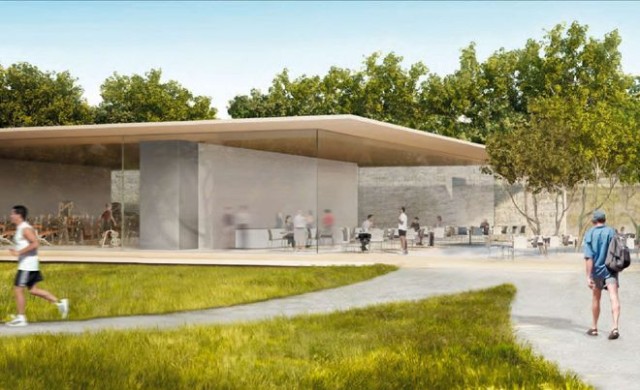 Muscles and sweat will be on full display in the all-glass work out rooms. 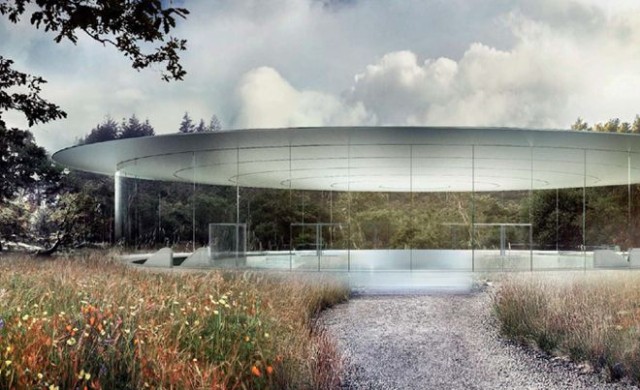 The press, visitors and Apple employees will hangout outside the pavillion before and after big events. 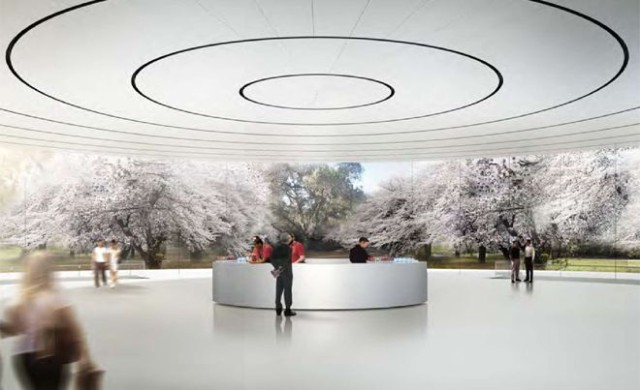 Interior look of the pavilion with its service desk and staircases on the right. 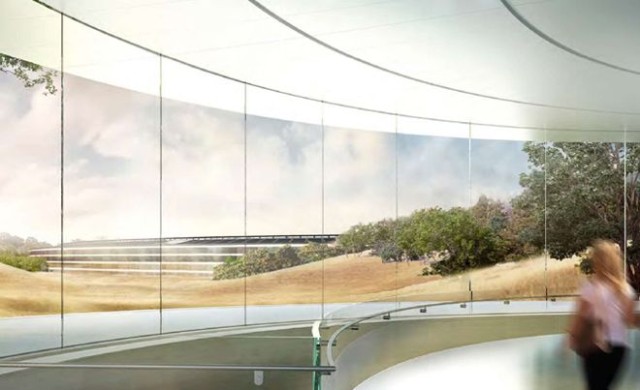 Event attendees will file down the stair case into the large underground theater that can seat 1,000. 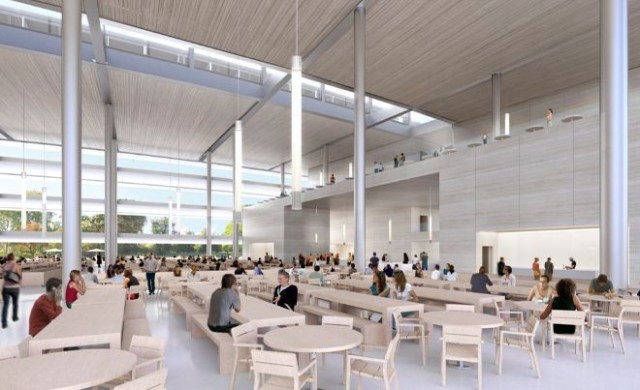 Here’s one of the enormous cafeterias where Apple employees will be able to get their grub on. 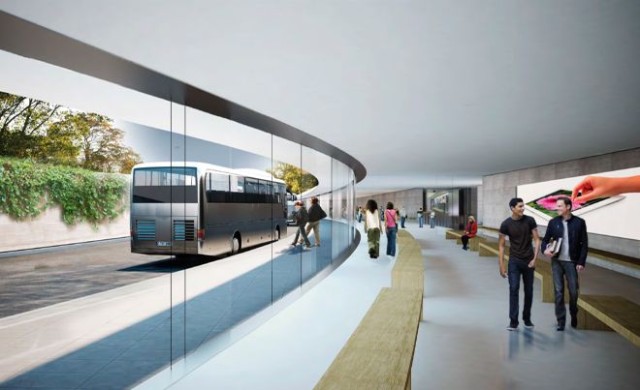 Here’s a view of the Transit Center, which will act as the main drop off and pickup locations for Apple’s buses going to and from San Francisco. 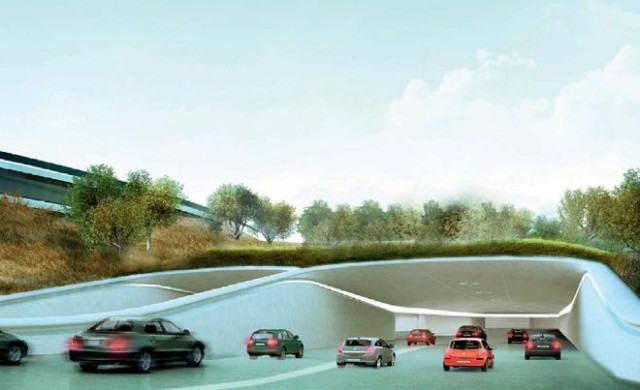 This sleek tunnel will take drivers to the underground parking garage beneath Apple Campus 2. 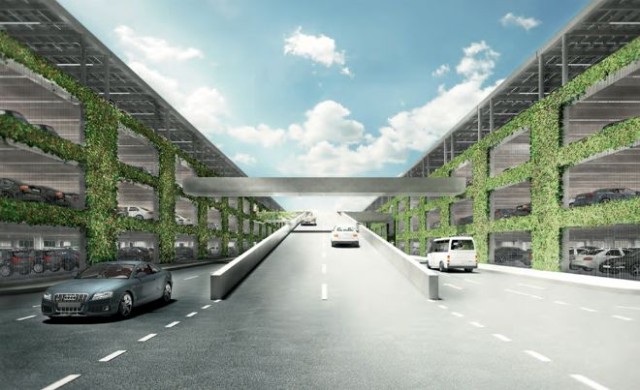 Even Apple’s parking garage will be green thanks to a large array of solar panels on the top and plants draped along the side of the structure. 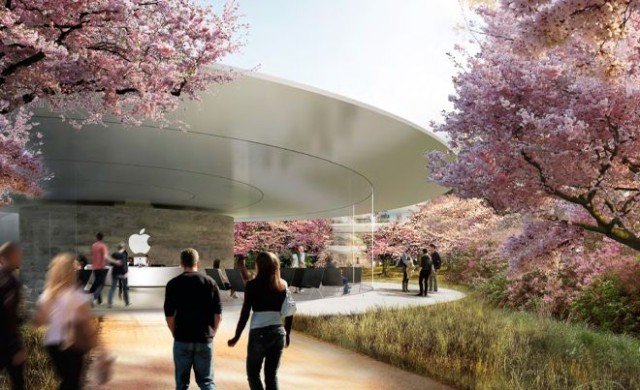 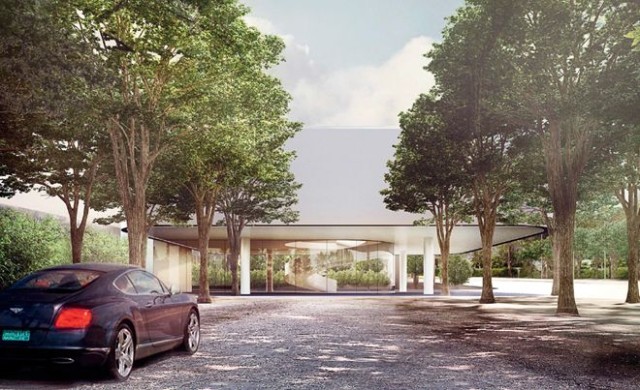 Like Apple’s current campus, the new Visitor Center will be one of the few places the public can enter to view the campus and pick up mothership memorabilia.