When you first take the iPad Air out of its box, you’ll feel just as amazed as you did when you picked up your iPhone 5, iPhone 5s, or iPad mini for the first time — particularly if you’re upgrading from a full-size iPad. 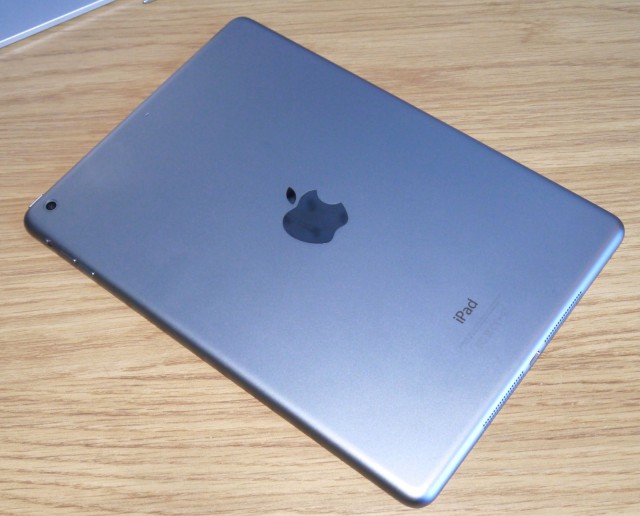 Apple has made outstanding improvements to its size and weight, and they result in a 9.7-inch iPad that, for the first time in three years, you won’t mind holding onto for hours on end when playing a game, watching a movie, or reading a book. It’s comfortable to hold, even in just one hand.

Like every iPad to date, the Air’s design consists mainly of a large glass panel sat inside an aluminum shell. But the full-size iPad has never been this beautiful. Like the iPad mini, it has stunning diamond-cut, chamfered edges and narrow bezels that seem to place more focus on the display between them. It also has stereo speakers that are better placed and look much nicer.

I’ve been testing the black iPad Air with that gorgeous space grey finish, which doesn’t chip and scratch like last year’s black iPad mini and iPhone 5. I prefer a black display when it comes to the iPad because it’s nowhere near as noticeable as a white one when you’re watching movies and TV shows or playing games. If you happen to go with a silver model, though, I’m sure you’ll be just as pleased with its looks.

It’s astonishing how the minds at Apple managed to pack all of the Air’s internals into a slender package without making compromises.

It’s quite astonishing how the minds inside Cupertino managed to pack all of the iPad Air’s components — its Retina display with 3.1 million pixels, and a 64-bit A7 processor — into such a slender package without making any compromises. The iPad Air still has the same 10-hour battery life you’ve come to expect from an iPad.

Yet again, Apple has raised the bar and set new standards in hardware design with the iPad Air. And yet again, its competitors won’t be able to match it.