Today Nike unveiled its new FuelBand SE, the biggest upgrade to its fitness tracker ever. Cosmetically, the FuelBand SE sports new color accents and a rubberized, waterproof surface. But the real improvements have been made on the inside, like the addition of Bluetooth 4.0 for easy pairing with the FuelBand app and smarter motion sensors.

“The new Nike+ FuelBand SE builds on the iconic design and experience and delivers even more information and motivation to keep users moving,” said Nike in a statement. “The Nike+ FuelBand SE comes in classic black with the addition of color options on key parts of the band. It will now be available in France, Germany and Japan, in addition to the U.S., UK, and Canada.”

The new LED on the FuelBand SE is controlled by a one-button design, and you can double-tap the button to quickly see the time. 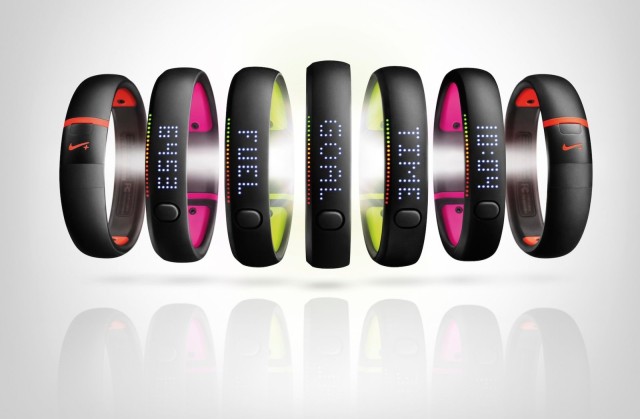 Hourly reminders can now remind you to stay active, and the FuelBand SE tracks your movement and divides different activities (running, walking, sitting, etc.) into “sessions” for examining how much NikeFuel was earned for each activity. This iteration of the FuelBand SE is all about improving the existing experience with more finely-tuned tracking and data readouts in the iOS companion app.

Additionally, Nike has announced that its new Nike+ Move app will be launching in the App Store on November 6th. The app was first teased by Apple at its iPhone 5s media event, and Nike says it’s intended to be “an introductory NikeFuel experience for iPhone 5S users.” It will use the 5s’s M7 co-processor to track the user’s movement like a watered-down FuelBand.

The FuelBand SE retails for $149, and pre-orders start today on the Nike website.

Number of comments on this postLeave a comment
Posted in: News Tagged: Nike