We’re just a couple hours away from the launch of iOS 7 where everyone in the world’s iPhone will instantly look different for better or worse. In the past Apple has usually released major iOS updates at 10AM Cupertino, which is 10:00 AM PDT. Apple hasn’t officially confirmed the launch time to the public, so don’t bet the farm just yet, however, Redmond Pie  created the chart below listing the launch time for most major cities across the globe: 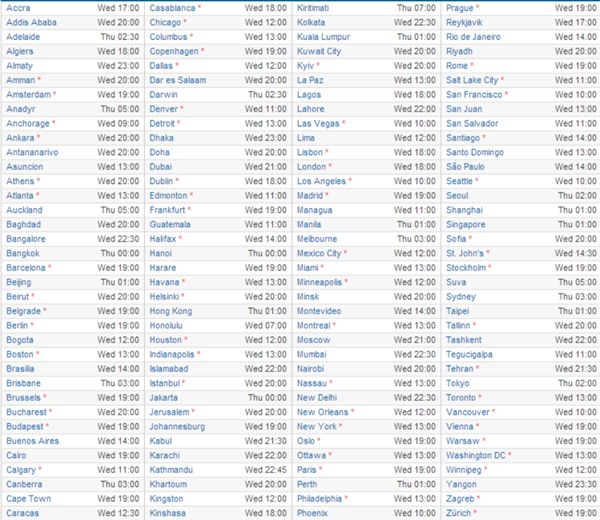 For a more precise lookup you can always use Wolfram Alpha’s handy query tools. Just paste the following into the search bar:

When it is midnight in Cupertino, CA what time is it in [Your City, State and/or Country]