SEATTLE, PAX 2013 – As I sit here on the 10th floor of Seattle’s public library, I’m trying to make some sense of the last four days of gaming conference, the Penny Arcade Expo.

It’s not like gaming is as important as, say, the current crisis in Syria, or attempts to fight poverty and homelessness, or even the inability of spaces like PAX to provide a safe place for women or people who are trangendered.

On the other hand, gaming is a massive cultural phenomenon. PAX’s founders, webcomic writers Jerry Holkins and Mike Krahulik, wanted to create a convention that would focus on gamers, whether they play tabletop games, video games, or card games. That there is a massive interest in this convergence of different kinds of gamers, from D&D nerds to arcade geeks, is an understatement, as evidenced by quickly sold-out tickets months in advance of the conference as well as by the huge herds of human beings of all stripe who I saw traipsing from one booth to another this weekend in the Washington State Convention Center. 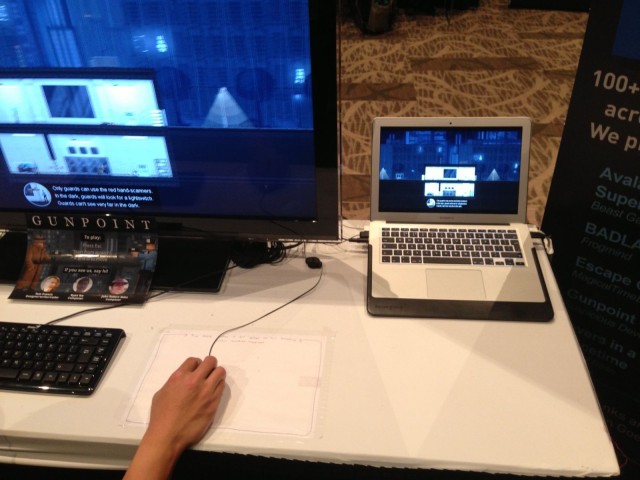 What does this mean for Mac gamers, a traditionally second-class computer gaming population? Well, for one thing, they are going to be able to join the party much more often now and in the foreseeable future, as game development software like Unity makes the effort required to port games from one platform to another negligible. I saw indie developer after indie developer able to take their games to the widest possible audience, even if they developed initially on PC, including iOS gamers, Android gamers, Mac gamers and more.

What this does is make gaming accessible on any platform. We can now all play the same games, have the same conversations, and engage with each other regardless of our platform of choice. While the larger gaming concerns are slow to catch up, even they are finding it useful to sell to Mac and iOS gamers alongside more traditional systems like the Sony Vita or Nintendo 3DS. 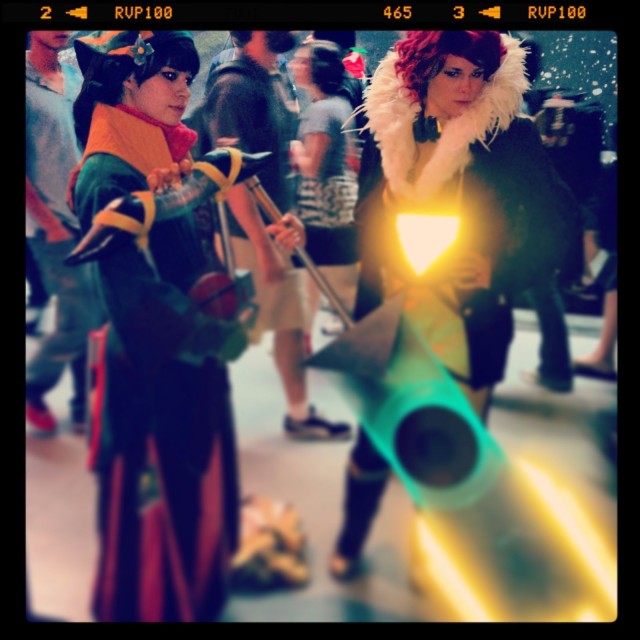 PAX is a pre-Halloween experience for sweaty nerds, well-groomed jocks, revealingly dressed women, and fan-cosplayers alike, many of whom I noticed being respectful and caring about each other. I like to think that a conference like PAX has the potential to include as many types of human beings as possible, from the young man with a physical disability in a wheelchair to the thin, muscled young woman in a costume celebrating Supergiant Games’ upcoming Transistor. There were grandparents, grandchildren, moms, dads, and college kids in small groups everywhere I looked.

I went to a small presentation in a tiny room in what PAX attendees call “the Annex,” a building across the street from the main Convention Center. In that small room was a singer, Marian Call, and a guitarist, Seth Boyer, both of whom hail from Anchorage, AK.

Call launched into a song about her pride in being a geek girl, how it’s been a long journey to this acceptance of her own nerdery, and how it wasn’t always this way. The audience of perhaps 50 to 60, young and old, all began to sing with her. They knew the words. They sang along with Call about feeling disempowered, disliked, and ostracized for their passions. They connected with her, and each other, over their love for games and gaming. 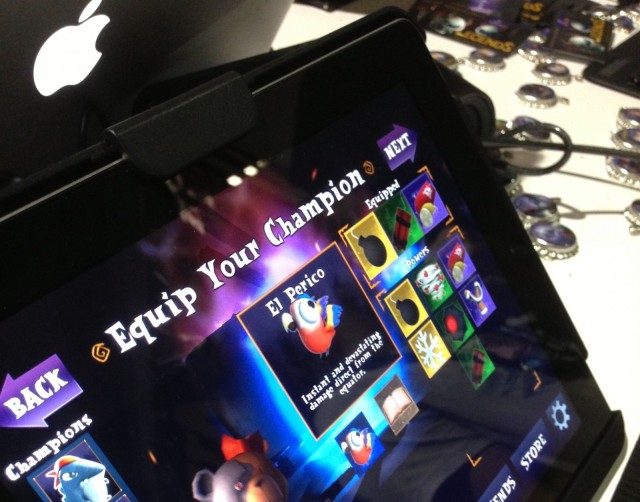 A conference for gaming aficionados is important to those folks who count themselves among the crowd that loves gaming. PAX is the only conference of its size I know of that focuses on gamers who love all kinds of gaming, rather than on specific segments of gaming. Apple gamers, take note: you are not forgotten. While there are most likely many more console and PC games at a conference like PAX, there are an increasing number of games, both independent and not, that are moving to mobile. And who owns the mobile space, even still? Apple does. Every developer I talked to about their game, if it was coming to mobile, was aiming for the iOS platform first, the Android second. I hear one guy mention Windows phone.

So, to recap: gaming is huge, and Apple—both Mac and iOS flavors—is right in the middle of it. PAX, regardless of its organizational and ethical problems, is a good place to go to meet the folks who are making the games that we’ll all be playing very soon.