Parallels is known for allowing Windows apps to run alongside OS X without the need for a restart. It’s the only emulator of its kind that’s sold in the Apple Store, and now Parallels is venturing into another store of Apple’s, the iOS App Store.

Parallels Access is a new iPad app that lets you control your Mac or Windows PC from anywhere. What sets it apart is that Access “applifies” desktop programs to make them look and behave like native apps on the iPad.

“We are now in an always-on age where people are increasingly demanding access to their applications and data regardless of physical location,” said Birger Steen, CEO of Parallels. “With Parallels Access, you can tap, swipe and pinch your way around Mac and Windows applications to ultimately be more productive at work, and lead a more connected life.”

Setup is simple. Install a small application to run in the background on the desktop, and run the Access app on the iPad. You can select any of the Macs or PCs that are logged into the service — which costs $80 annually per machine — and tap one to start working. Instead of merely showing your computer’s sprawling desktop on the iPad’s tiny screen, Parallels has created an app launcher that’s very akin to Apple’s in OS X.

“Access creates a near native environment out of programs that were not designed to be used on a mobile device.”

During a demo given to Cult of Mac, Parallels Access was used to access the latest Microsoft Office suite on a Windows PC, and it worked beautifully. The Parallels team has done some engineering voodoo to incorporate iOS gestures and behaviors (like copy and paste) into desktop apps. It’s not like you’re using an iPad’s screen as a window to control your PC. Access creates a near native environment out of programs that were not designed to be used on a mobile device.

Connecting with Parallel Access works over Wi-Fi and cellular. The people at Parallels really knows their stuff, and this app has the potential to change the way a lot of people work. The interface is smart, and the app is reliable and versatile.

One drawback is that there’s no easy way to transfer files to and from an iPad running Access and a desktop machine yet. You have to use email or a service like Dropbox.

Parallels Access costs $80 per year for each machine the app is tied to. You can try it for free on the Mac for 14 days, and it’s currently free to run on Windows because that desktop agent is still in beta. 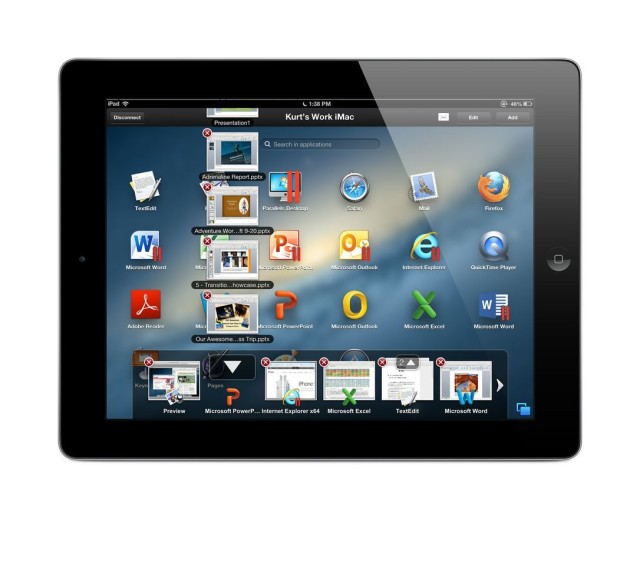 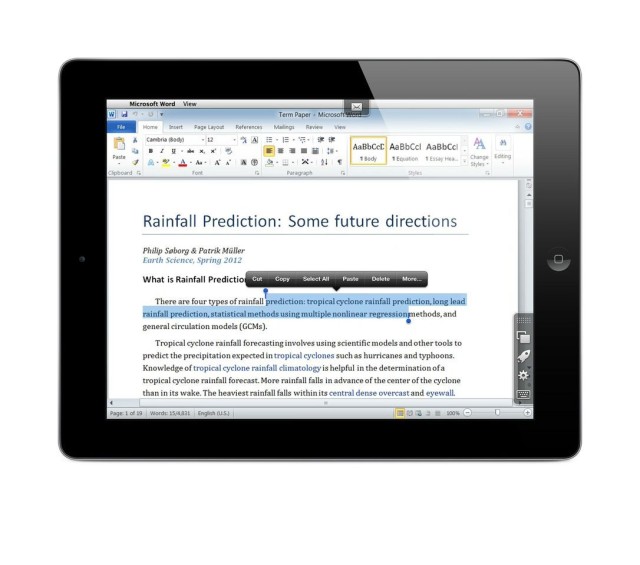