Phobic Studios are best known for the collaborative development with Backflip Studios on runaway hit, Dragonvale, but the Boulder, Colorado-based company has been in the game for quite some time, spawning several entertaining mobile titles in the process. The company has just announced its next game, an action platformer game set in, well, a solar system.

In Glare, you’ll play as The Shiner, a being of light who must travel around a beautifully rendered solar system and save the sun itself from an evil threat. Glare will release in fall of this year on Steam for Mac, Linux, and PC systems.

“It’s always been about making great games that we ourselves wanted to play. Glare is no exception,” said co-founder Jonas Wills in a statement. “Phobic Studios was started by a group of guys who met in high school. We’ve been fortunate to have great success on mobile, and as the industry changes we want to evolve with it. Now we want to see what other platforms can do for our games.” 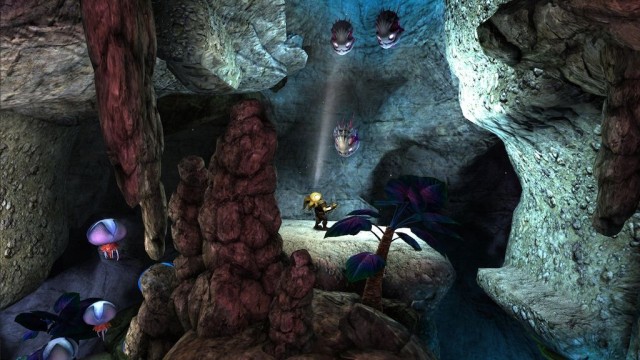 “Glare started out as a six-month project intended to help us better understand how to work with Unity for development and explore new distribution platforms,” said creative director Brian Powers. “It quickly became clear that we wanted to create a deeper experience.”

The team will be showing off Glare at PAX Prime at the end of this month, and Cult of Mac will be there to find out more.