The fifth-generation iPad is expected to adopt a whole new form factor, much like that of the iPad mini’s, only bigger. And proof of that comes with this leaked rear panel that has surfaced in China. Although the new model will have the same 9.7-inch Retina display as the existing iPad, this panel proves it will be significantly thinner, and narrower, with thinner bezels down the sides of its display.

We can’t be completely certain it’s genuine, of course — there’s a chance it’s a fake part manufactured for an iPad knock-off. But it looks pretty darn convincing to us. If you look closely, you’ll notice it has the same Lightning connector fittings as existing iOS devices, and it looks just like the iPad mini’s rear shell on the inside. 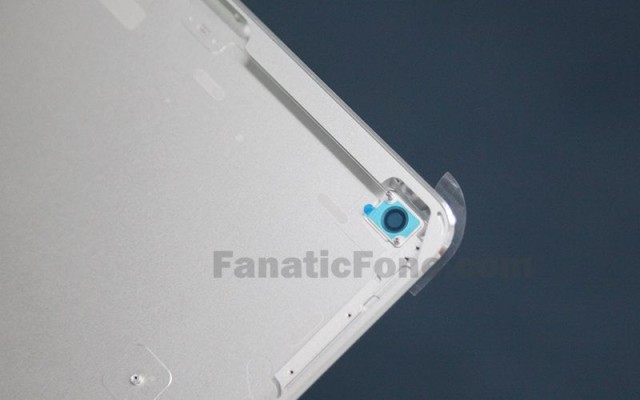 According to FanaticFone, the website that obtained these pictures, the panel measures 240mm long, 168mm wide. That compares to 240mm long and 185mm wide for the existing iPad with Retina display.

It’s unclear exactly how thick the panel is — and of course the display still needs to be added to it — but according to FanaticFone, it’s several millimeters thinner than the fourth-generation iPad.

The new iPad is expected to get its grand unveiling this September, alongside a new iPad mini, the iPhone 5S, and a new low-cost iPhone 5C. We may also see a new Apple TV. 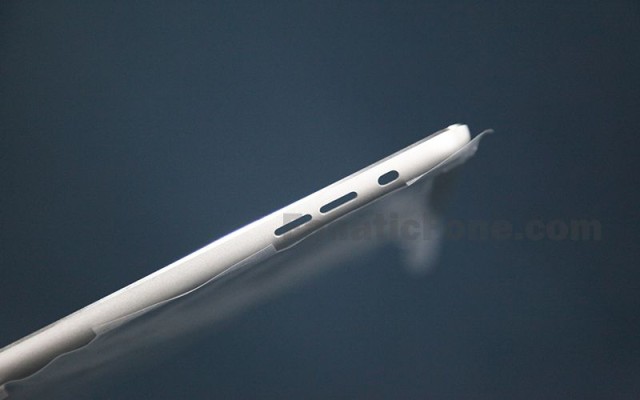