We’ve seen lots of pictures of budget iPhone parts in recent weeks, but these images from case maker Tactus show us what the device will look like when it’s fully assembled — complete with a display, a camera and flash, buttons, and a Lightning connector.

The images suggest the low-cost iPhone will have a 4-inch display just like the iPhone 5, and we expect it to be a Retina display. They also show the plastic volume buttons and mute switch, which will be colored to match the iPhone’s plastic shell.

If you look closely at the picture above, you’ll notice there is a camera and LED flash inside the device, and it appears to be fully assembled. However, it is missing screws in its bottom edge, and Tactus has not provided pictures of the device switched on, so it appears that it’s not a working unit, but maybe a dummy instead. 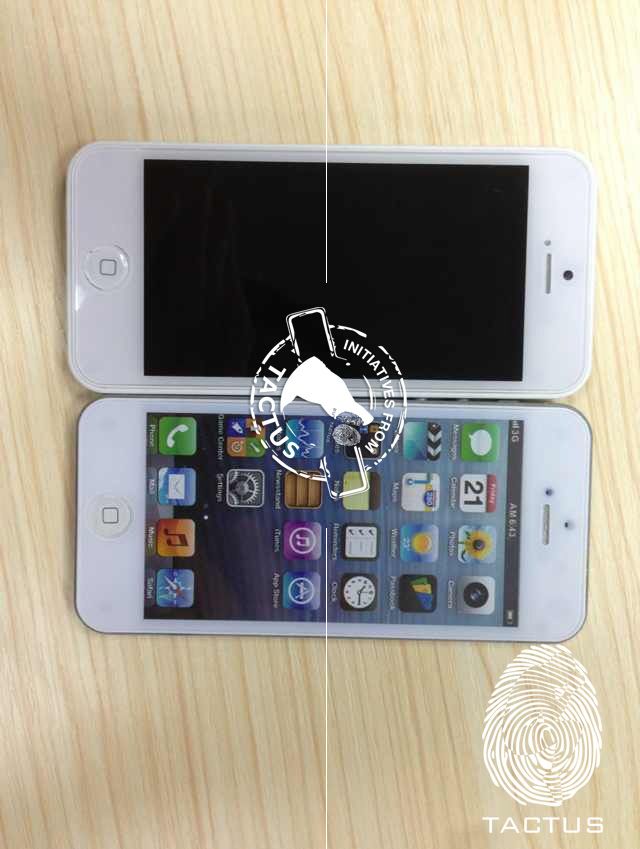 The budget iPhone doesn’t appear to be too much bigger than the iPhone 5, though its design looks a little closer to that of the latest iPod touch. There are just four holes in its bottom edge for the speaker, and one for the microphone, and its volume buttons are long and thin, not round.

The budget iPhone will also have smooth, rounded edges on its back. Tactus claims it measures 9mm thick — 1.4mm thicker than the iPhone 5 — and 120mm wide.

While these shots look like an accurate representation of the budget iPhone, I can’t help but feel the parts used aren’t entirely genuine. That plastic shell looks very cheap to me — particularly around the headphone jack and Lightning connector — and the font used for the word “iPhone” on the back looks much thicker and heavier than that we’ve seen in previous leaks. 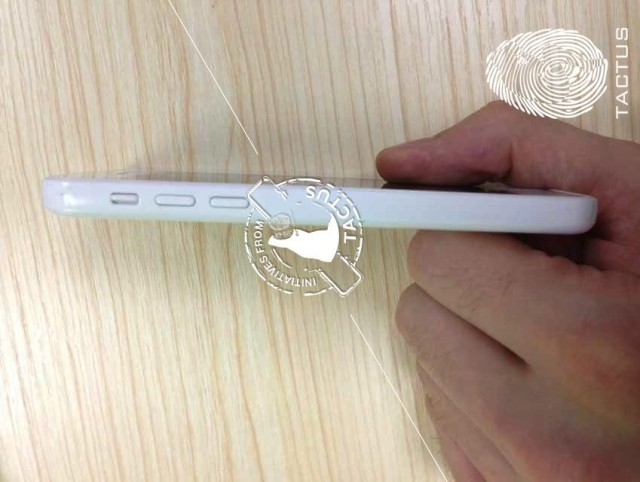 That suggests to me that some of the parts used here are fake — possibly made for budget iPhone clones — or that this is a very early prototype. Either way, I do think it’s a very good representation of what the low-cost iPhone will look like when it’s fully assembled.