There have been some rumors of both an iPhone 5S and an iPhone 6 coming out this summer, and while I don’t hold out too much hope of that happening–it’s too far out of Apple’s established iPhone release rhythm–this iPhone 6 concept mockup is interesting, to say the least.

The folks at Designed by M, the makers of the AL13 case we reviewed back in May, decided to put together this rather unique take on a possible iPhone 6 design, with the cut-off corners of a piece of paper straight out of Battlestar Galactica.

Why? We’re not sure, but a blog post on the Designed by M website tells a bit more. 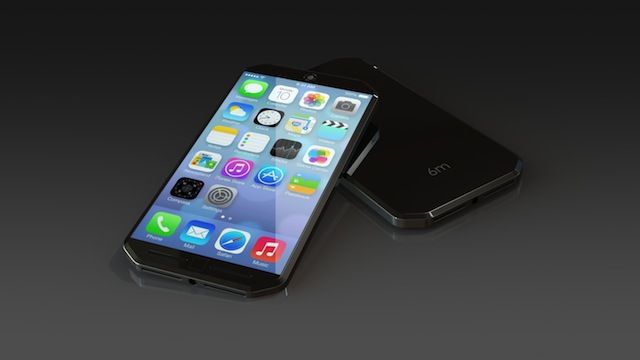 They’re calling it the iPhone 6m, of course, branding it with their own design flourish. The team gave the concept iPhone sharper angles to make it feel more edgy and futuristic.

Here’s what they had to say about the design:

The new model is all about touch. The 6m banishes buttons from the phone’s design, replacing them with touch sensors for volume, power and home. You want to turn up that new Jay-Z track? Well, no feeling around for buttons, just touch the bottom corner of the phone and the sound kicks out of the dual face speakers on the front and bottom of the phone. Four speakers, bigger sound!! Sick right!! 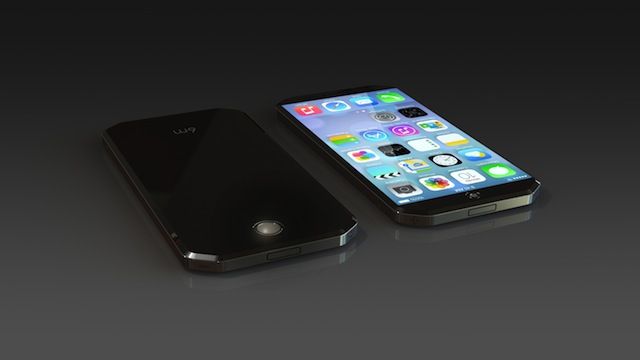 The front camera and speaker for your ear are wrapped around each other in a circle, keeping things smooth and sleek. It’s slimmer than the iPhone 5 by about 20 percent. And, while they were dreaming, they decided to give their concept an 18 mega-pixel camera while they’re at it, with a special low-light mode, panorama feature, and a ring flash for awesome lighting effects.

What do you think? Would you buy this iPhone 6, if it were real?