Remember when the iPad first appeared and everyone said “it’s just a big iPhone”? They were right. From the lock screen to the multitasking tray to the awful, awful clock app, the iPad really was running a blown-up version of the iPhone OS.

Now, though, it looks like Apple has finally designed iOS to sit properly on the iPad’s bigger screen. These screenshots, taken from X-Code’s device emulator, show what the iPad looks like when it’s running iOS 7. 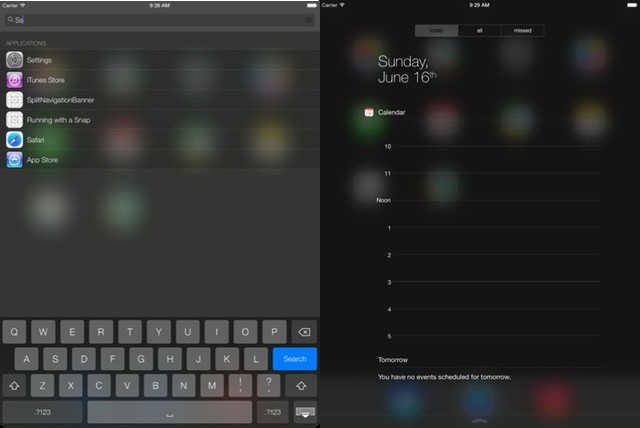 Twitterer Sonny Dickson is posting screenshots of various features, including those seen here. You can see shots for Contacts, Spotlight, Settings, Maps and even the inclusion of a Private Browsing toggle on the keyboard in Safari (although this does look a little lost all on its own).

I don’t have X-Code installed on any of my Macs right now to check for myself, but the format that most of these screenshots have arrived in makes them look legit. There are still a few lame, iPhone-like elements (Spotlight, for one), but this is starting to look good for the iPad version of iOS. Given that the hallmark of the new OS is that it’s dropping a lot of the heavy UI chrome, I’m guessing the iPad version will look very clean and minimal indeed.