Injustice: Gods Among Us, developed by NetherRealm and published by Warner Brothers, just updated on iOS today with new characters, including fan-favorite Lobo, the main man alien space-biker with an attitude and a huge cigar, along with Red Son characters Superman, Wonder Woman, and Solomon Grundy.

The fighting game is one of the few that gets it right on touch-based devices, bringing the console game (available on PlayStation 3 and Xbox 360) in fairly close form to Apple’s mobile operating system.

Lobo was the first downloadable content (DLC) for the console version of Injustice back in May of this year, bringing the badass anti-hero to the DC character fighting game to everyone’s surprise and delight.

In the Injustice game for iOS, Lobo comes with his own unique special attacks and super move, as well as a special set of Support Cards, including Space Dolphins. Space Dolphins! Lobo’s alien biology also makes him immune to Power Drain attacks, so you’ll need to be careful when facing him with a character that does that sort of thing. 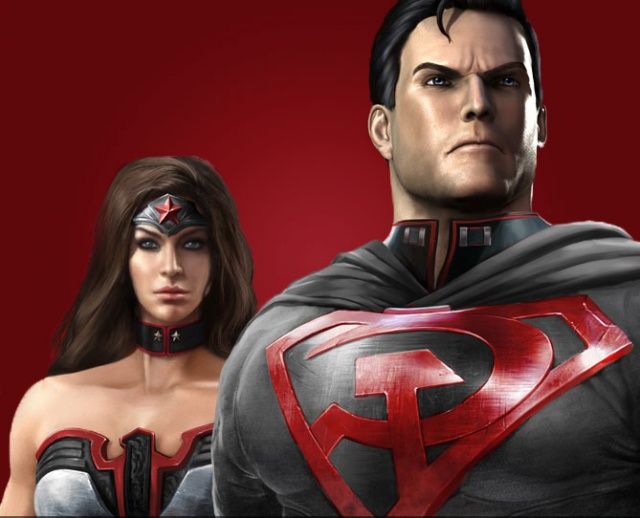 In addition to Lobo, iOS has new characters out of the Red Son series, a comic that tells the story of Superman, but from the perspective of how he would have turned out had his rocket ship landed in the Soviet Union instead of a farm in Kansas. Characters like Wonder Woman, Superman, and Solomon Grundy all apear in the iOS version of Injustice as a downloadable Red Son Pack. When you team up with other Red Son characters, you’ll get increased power bonuses, too. Keep an eye out for more Red Son superheroes to come soon.

Finally, the update should bring faster and more stable logins to the WB ID system, which is how Injustice manages to share progress from console to iOS and back. There are also some fixes to Support Cards that weren’t giving the proper bonuses.

If you haven’t played Injustice: Gods Among Us on the iPad or iPhone, now might be the time, as it continues to get more stuff to do and more characters to fight among each other. The app is available now for free in the App Store.