Of course, I have no way of knowing whether space aliens actually had a hand in designing the Booq Boa Squeeze. I ran into a couple of Booq bigwigs in an elevator at the Consumer Electronics Show in Vegas once, and they seemed pretty cheery, completely normal, and not at all alien-like — too not-alien-like, considering Booq is based in Southern California (I consider myself a Southern Californian; we’re all weirdos). And Booq’s Sierra Madre HQ is suspiciously close to NASA’s Jet Propulsion Laboratories…

Anyway, whether or not of alien origin, what’s clear is that Booq’s bags are unlike any others on this planet — and their new lightweight, zillion-pocketed Boa Squeeze laptop backpack is no different.

The Boa Squeeze’s voluminous main compartment, accessed through an unusual u-shaped zipper, opens to reveal no less than nine separate cavities, including a laptop sleeve that’ll swallow a 15-inch MBP and four document sleeves. Twin “easy-access” side pockets flank the main compartment on both sides, and two more stash pockets are hidden in the main flap.

Booq says the $129 Boa Squeeze is lightweight; at exactly a kilogram, the Boa Squeeze is indeed a pretty lithe pack — especially compared with their usual fare, which is generally anything but. 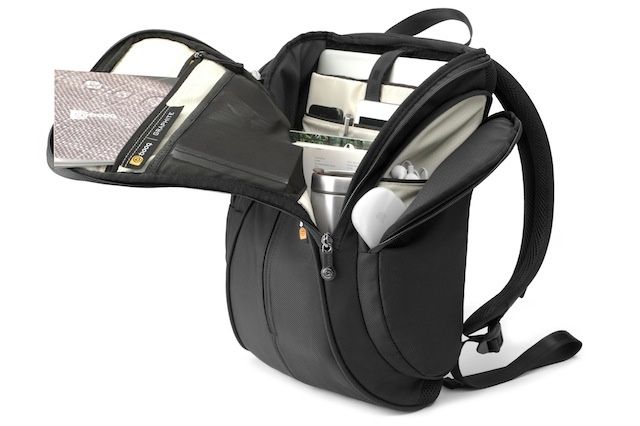