There aren’t many good docks out there for Apple devices with the new Lightning connector, especially the fourth-gen iPad and iPad mini. While you’re on the hunt for a viable docking solution, check out this neat iPad dock made entirely of Legos. It’s from the same people who made the iPhone 5 Lightning Lego dock we showed you last year.

It’s a pretty cheap dock alternative that appeals to the kid in all of us. You assemble the kit yourself, and it works with any iPad that uses a Lightning connector.

The new Lightning connector based iPads suffer from exactly the same problem as the iPhone 5, no official docks. So, as Lego is the solution to everything, we decided to create a successor to the Lego iPhone 5 dock, the Lego iPad Dock. The dock is designed for the iPad Retina, but it will also work with any other lightning connector based iPads such as the iPad mini.

The iPad dock is quite similar to our iPhone dock but is a lot stronger and more stable, with about double the amount of parts. The dock has added support at the back to keep the iPad held up and has little rubber bumpers to stop the back of the iPad getting scratched. The back support also reduces wobble so you can use the iPad while it is docked.

After you have built the dock, the cable that comes with the iPad simply clips into place on the Lego clips inside. It is then held firmly in place and won’t move around when you dock or remove the iPad.

You can check out the instructions to get an idea of what it all involves, which is nothing too intense for a Lego enthusiast. 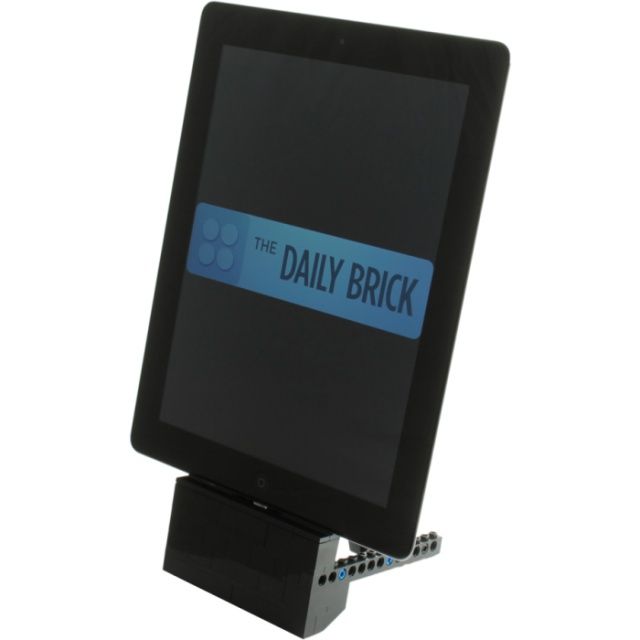