There has been an ungodly amount of talk in recent months about how Apple is losing its edge to Samsung. Even some of Apple’s most faithful analysts have said that Samsung is more innovative now than Apple, but is that really true?

In the Cult of Mac chat room this afternoon, we found this video of Gene Munster saying Samsung is innovating faster than Apple. Some of us agreed with him, while others didn’t. What followed was a great discussion of what innovation really means, and whether Samsung is beating Apple. Rather than composing it into an article, we’re just going to post our chat and see what you guys think. Does Samsung really innovate faster than Apple now? 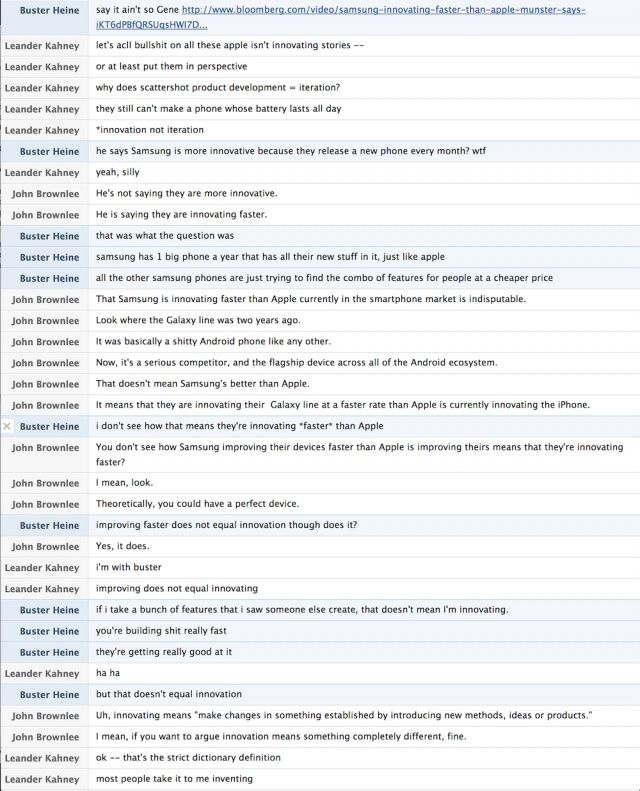 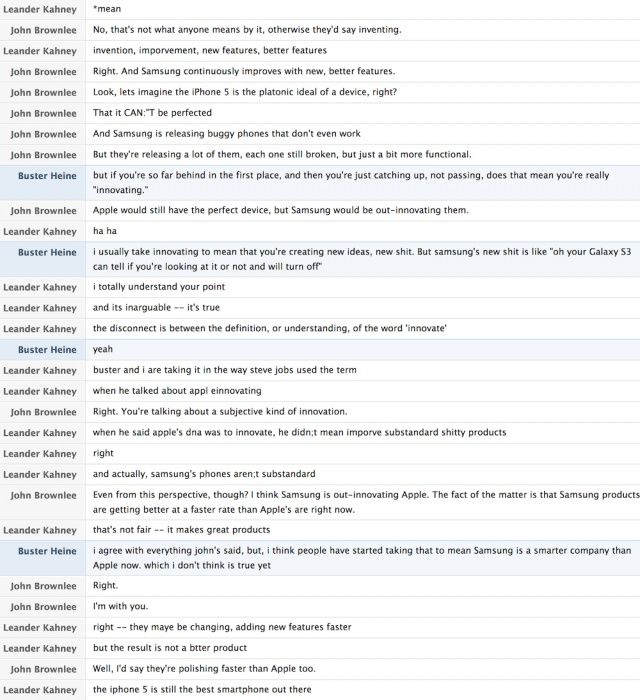 John’s argument seems pretty solid. He’s right. In the strictest terms, Samsung is innovating faster than Apple is right now. That doesn’t mean their products are better, but in terms of sheer improvement, Samsung is improving upon their products much faster, even if that means copying other companies’ ideas.

Do you have a counterpoint to the discussion? We’d love to hear it in the comments.