Marvel Unlimited is a subscription service that offers access to a catalog of 13,000+ comics spanning a period of 70 years. After a newer comic has been in circulation for 6 months, it makes its way to Marvel Unlimited in digital form. The service costs $10 per month or $60 for a yearly subscription.

In the past you could only access Marvel Unlimited through an ugly Flash-based reader on the desktop or a clunky HTML5 app. Now Marvel has released a native iOS app for the subscription service. You can also read previews and browse dozens of full issues for free. 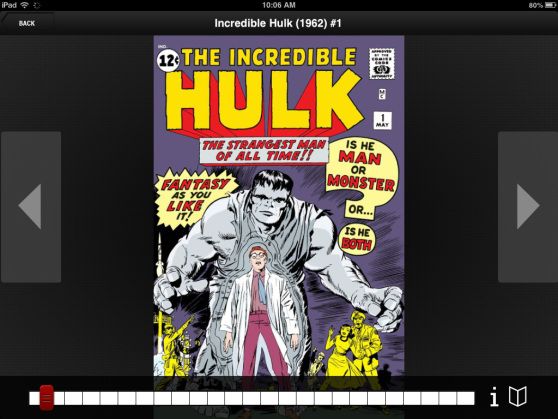 This new app is different from the Marvel app that’s been in the App Store for years. The Marvel Comics app is focused on newer issues and it’s also not subscription-based.

Marvel Unlimited for iOS lets you download up to 6 comics at a time for offline access. It’s optimized for the iPhone and iPad.

You’ll have to sign up for Marvel Unlimited outside of the app, which is a tricky way to avoid Apple’s 30% cut of all in-app purchases and paid downloads.