The Beamhaus Pocket is a premium leather sleeve for the iPhone 5 that’s “inspired by old baseball mitts, broken-in leather jackets, and long-loved boots.” It’s made from hand-selected leather from the Horween Leather Company, the oldest tannery in the United States, and it’s built to provide your iPhone with complete protection from everyday scratches and scrapes.

On the front of the Pocket, there’s a little pouch that’ll hold up to three credit cards — according to Beamhaus — plus a large cutout at the bottom that allows you to access your Lightning connector and hear your speaker. The Pocket is also lined with suede, which aims to prevent your shiny iPhone 5 from getting damaged as you slip it in and out of the case.

The Pocket is available in black and tan, and it’s priced at $59.99. Read on to find out whether it’s worth it.

Fashionistas will tell you that mixing black and brown is a terrible sin, but Beamhaus has done exactly that with the Pocket, and I think it has paid off. The case looks good — it’s not too smart and it’s not too casual — and its build quality is terrific. 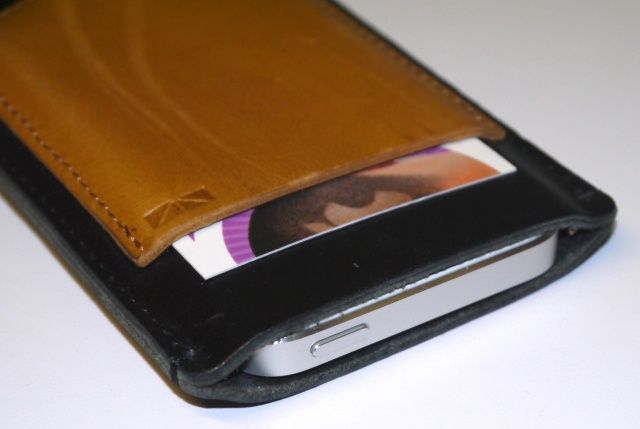 The Pocket employs some of the thickest leather I’ve ever seen on an iPhone 5 case, and although that makes it a little bulkier than other leather sleeves, it also means it’s likely to last longer. It’s incredibly tough, so even if you drop it, the iPhone inside is highly unlikely to suffer any damage.

The cutout at the bottom of the Pocket means you can charge your iPhone without taking it out of the case, and also allows you to hear your speakers so you don’t miss incoming notifications. In addition to this, you can stuck your thumb inside it to push your iPhone out of the case, which makes it easy to remove when you have an incoming call.

Like any leather case, the Pocket will scratch and scuff and stain over time. But I think that’s a good thing. It adds character to the case and makes it unique. In fact, I think a used Pocket looks much better than a new one. As Beamhaus says:

With exposure to sunlight, friction, and everyday handling, your Beamhaus case will mellow. Its edges will soften and the whole piece will take on the warm patina that only time and use can bring. It begins to tell the story of what you’ve done and where you’ve been. 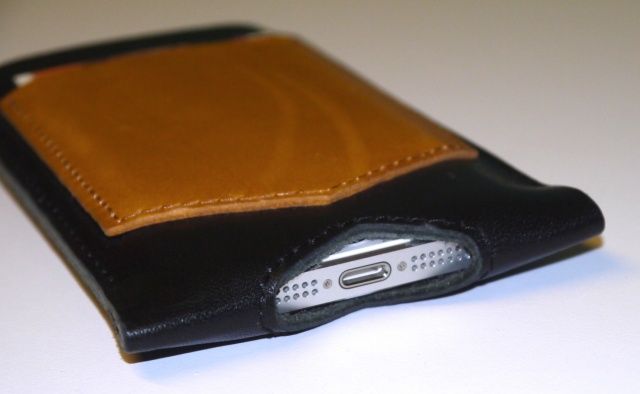 Because the iPhone’s headphone jack is now on its bottom edge — rather than the top — you can’t use your headphones while it’s inside the Pocket unless you stick your iPhone in upside down. It’s only a minor inconvenience, but it’s one worth noting.

Also worth noting is just how tight the Pocket is when you first begin using it. Because its leather is so thick, it’ll take some time before it loosens up a bit. That means you’ll need to use a little extra force when sliding your iPhone in and out of the case for the first few weeks. I’ve been using mine frequently — but not every day — for around a month, and it could still be a little looser. 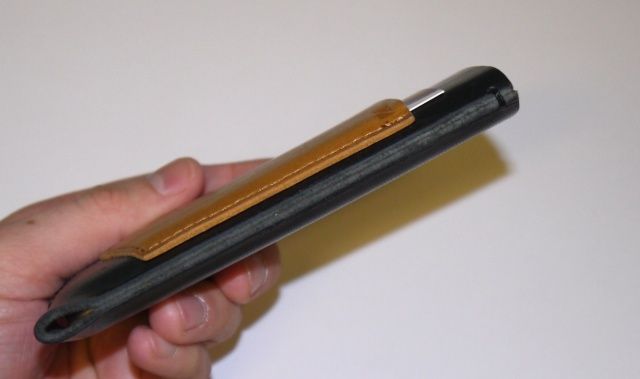 This is also a problem for your credit cards. Beamhaus says the Pocket will hold three, and you can certainly jam three in there if you want to, but you’ll struggle to get them back out again. One is comfortable, but any more than that and you’ll need to take your iPhone out of the case to remove them — and no one wants to do that just to pay for their morning coffee.

The credit card pocket is likely to stretch the more you use it, but again, mine’s still tight after four weeks of frequent use.

When it comes to leather sleeves, the Beamhaus Pocket is one of the nicest I’ve used. It looks good, its build quality is terrific, and it’ll protect your precious iPhone 5 from pretty much everything your day will throw at it — within reason, of course. But you’ll need to give it some time to loosen up, and get used to putting your iPhone in upside down when you want to listen to music. 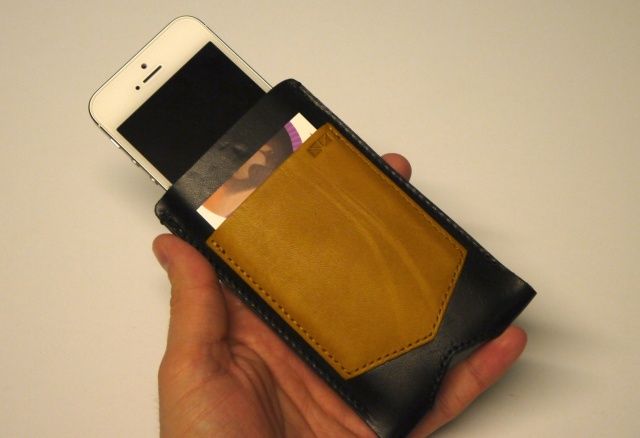