BARCELONA, MOBILE WORLD CONGRESS — As I was walking around the show floor at MWC today, I noticed a number of smartphones that looked very familiar — yet they were being paraded by Chinese companies I’d never heard of. I saw what looked like a large iPhone 5, an entire range of Samsung Galaxy devices, and a number of high-end HTC handsets.

Except they weren’t really Apple, Samsung, or HTC devices at all; they were actually cheap clones that were trying their best to look like the real thing. They even had fake accessories that were identical to the originals.

The first clone I noticed was Coship Fly-Phone A1 — and as you’ve probably guessed from its name, it was an iPhone 5 clone. As you can see from the pictures above and below, the handset was white, and it had a very familiar chamfered metal bezel around its sides. 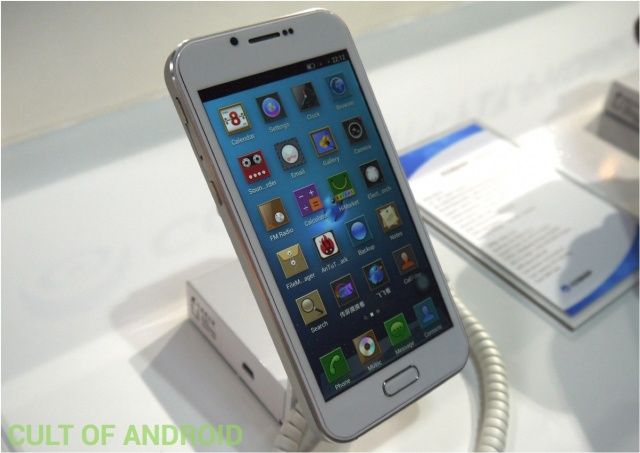 The back of the Fly-Phone A1 looked almost identical to the real iPhone 5 — aside from the Apple logo, of course — and the device even had its own Siri clone called “Tell Me.” But there were a number of differences, too.

The Fly-Phone A1 runs Android, not iOS, and it offers a number of features the real iPhone doesn’t — including dual-SIM functionality, a quad-core processor, and a larger 4.7-inch display (which was not Retina-quality). Other features included an 8-megapixel rear-facing camera, a 2-megapixel front-facing camera, 2GB of RAM, and a 2,300 mAh battery. 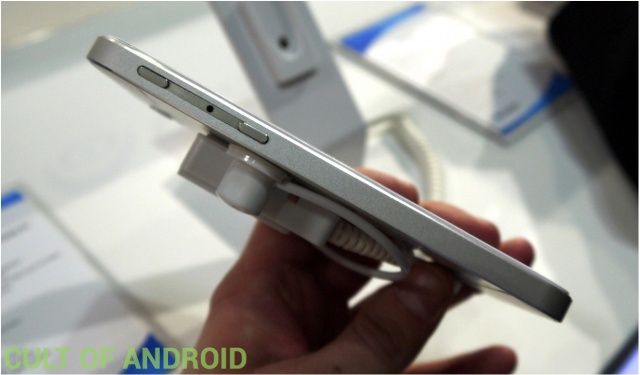 Coship couldn’t tell me when the Fly-Phone A1 would be available, or how much it costs.

Just after leaving Coship’s booth, I bumped into another Chinese company called Quality. It had an entire range of Android-powered smartphones, not one of which had an original design. The handset that first caught my eye was a Galaxy Note II clone called the CooFone QT-AO8.

Like the Fly-Phone A1, this looked identical to the real thing, aside from a number of standout differences. Its built quality was nowhere near as good as Samsung’s, for a start; the silver bezel around the edge of the display stuck out too much, and the back cover didn’t quite fit properly. 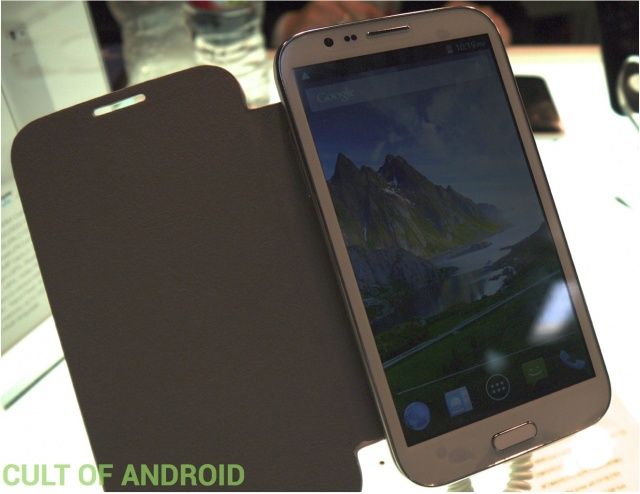 The QT-AO8 had a 5.7-inch Super AMOLED HD display — slightly larger than the Galaxy Note II’s 5.5-inch display — and a 1.6GHz quad-core “A9” processor. It ran Android 4.1 Jelly Bean — the press photos also show TouchWiz, though the model I played with was running stock Android — and even had its own stylus and Flip Cover.

The QT-AO8 wasn’t the only clone Quality had on show. In fact, if you named a popular Android smartphone or tablet, I bet Quality had a clone for it. It had clones for the Galaxy S III, the Galaxy Note 10.1, the HTC Flyer, the HTC Sensation, and more. 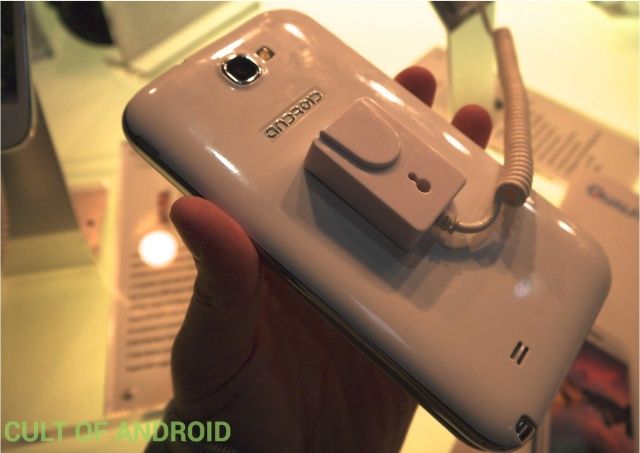 We read about these Chinese smartphone clones relatively often, but I never thought I’d see one at a trade show like MWC. They’re usually sold through unofficial channels in the hope that they’ll go unnoticed and that no one will get sued, so I was surprised to see them here at MWC.