Temple Run from Imangi Studios is one of the most successful games on iOS, racking up more than 75 million downloads during 2012 alone. If you’re one of the many players who are still addicted to it after all this time, you’ll be delighted to know that Temple Run 2 is hitting the App Store tonight.

Developed by Imangi Studios in partnership with Fuzzycube Software, this is a sequel to the original endless runner we’ve all grown to love. And according to TouchArcade, the developers haven’t removed or changed anything that didn’t need to be removed or changed:

I’ve been playing Temple Run 2 for the past day, and for the most part what wasn’t broke has not been fixed. Right from first boot up you’ll get a sense of deja vu as the camera sweeps in on the cursed idol that has been the cause of so much running over the past year and a half.

The game still involves you being chased by some scary creatures, and you’ll still use swipe gestures to dodge, jump, and slide as you run. But just because the basics are the same, it doesn’t mean there isn’t a ton of new stuff, too. One of the biggest improvements is to the visuals — this title’s received plenty of polish and it looks a great deal nicer than its predecessor. 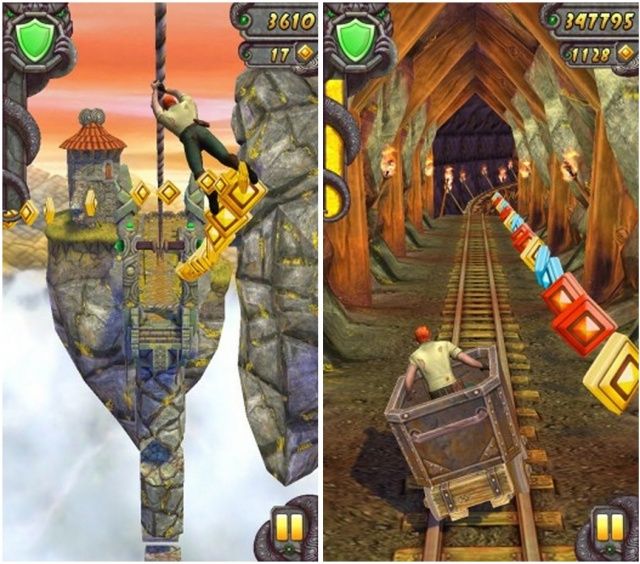 There are lots of changes to the environment, too:

Temple Run 2‘s environments are curvy and hilly, giving everything a more natural and “real” feel. There are cool new ziplines glide down, and eventually you’ll come across sections where you’ll be riding the rails in a mine cart. It’s pretty sweet.

There are four playable characters in Temple Run 2, each with their own unique attributes, as well as a number of upgradable abilities. Like its predecessor, it’s completely free, and it’ll be hitting the U.S. App Store around 11 p.m. EST tonight. Those in New Zealand can get it now.