Awhile back we showed you a great concept for a redesigned iOS Notes app. The concept was part of Cult of Mac reader and designer Adrian Maciburko’s iOS 7 “Crystal Interface” idea. Now Maciburko has shared a redesigned Game Center interface that does away with the skeuomorphism in iOS 6. No more woodgrain or felt textures.

“I believe the Game Center app would benefit by changing to a slide out nav instead of the tab bar,” said Maciburko. “The reason for this is that “Me tab” and “Friend requests tab” have a lower frequency of use, unlike the App Store app where you move between featured, updates, top charts and search frequently, so in that case the tab bar makes sense. I have also looked at placing more focus on achievements for different games. I am not sure that knowing that you are no. 11,740,241 of 11,988,582 is a necessary stat at this list view level.” 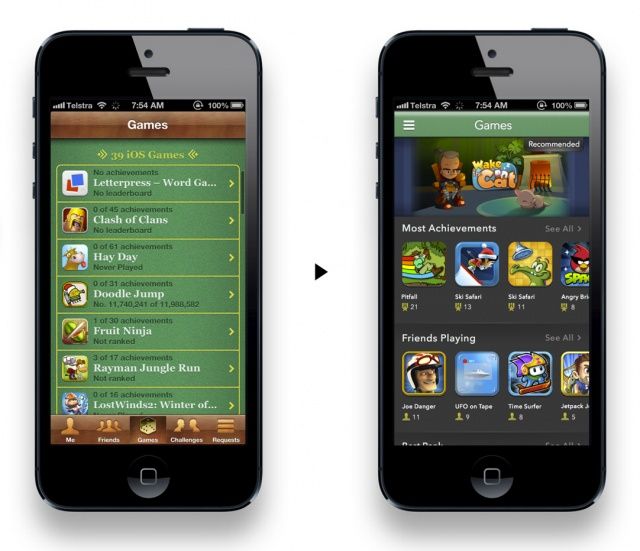 Hopefully iOS 7 will feature some cleaner visual aesthetics. I like where Maciburko’s Crystal concept is going.