Wouldn’t it be cool if your Mac locked and unlocked itself based on the proximity of your iPhone? A new menubar app called Keycard uses the Bluetooth sensors to detect when you walk away from your Mac. If you need to get up and, for example, take a call on your iPhone, Keycard will lock your Mac for you until you return.

OS X lets you automatically log out when your Mac is left unattended for a certain amount of time, but Keycard is all about location. The nearness of your iPhone is the key to unlocking your Mac, so you don’t need to manually enter your login password.

Once downloaded, Keycard runs in your Mac’s menubar. Pair the app with your iPhone, iPod touch, or even iPad and Bluetooth will bridge the connection. A nice safety feature is a four-digit PIN that can be set to manually get you into your Mac in the event that you don’t have your iPhone on you. There’s a manual lock slider in the menubar app too. 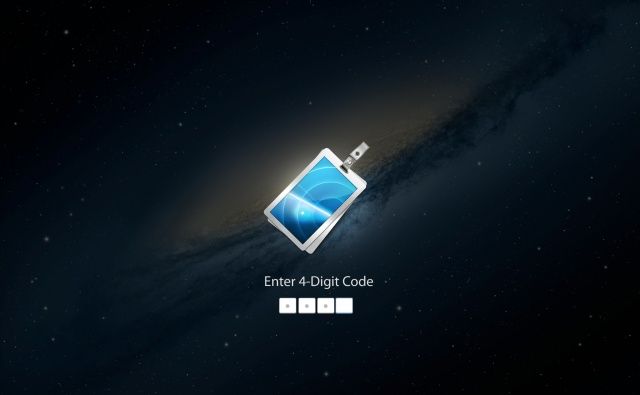 There doesn’t seem to be a set distance for when Keycard knows to lock your Mac, but it’s probably not going to work unless your iPhone is at least 20-30 feet away.

If you’re ok with Bluetooth constantly running on your Mac and iOS device of choice, then Keycard is pretty cool. Bluetooth can be finicky, and Keycard user reviews indicate that there are some bugs in the initial 1.0 release. An update should be coming out soon to address most of the issues.

Whether it be the workplace, a dorm room, or a friendly neighborhood coffee shop, I can see Keycard coming in handy. It costs $7.

Number of comments on this postLeave a comment
Posted in: News Tagged: Bluetooth, iPhone, Mac