Many don’t know that Twitter didn’t actually invent the word “tweet.” It was a small group of developers at The Iconfactory who thought up the clever moniker when they made Twitterrific, the first real Twitter client. Twitterrific started way back in 2007 as the first Twitter app on the Mac, and the first iPhone version went live when Apple launched the App Store in 2008. Since then, the app has continued to evolve on both iOS and OS X. Twitterrific was the first app to use a bird icon, show a character counter as you tweet, and show replies and conversation threads in-app.

Twitterrific was instrumental in laying the groundwork for the likes of Tweetie and Tweetbot, and the The Iconfactory’s work is a shining example of how third-party devs can enhance a service like Twitter and make the experience better for the user. Without Twitterrific, the Twitter app landscape would probably look very different.

Last week, The Iconfactory announced the upcoming release of Twitterrific 5, a totally new redesign on the iPhone and iPad. I’ve been playing with the new app for the past week, and it has now gone live for everyone in the App Store. After taking it for a test run and speaking with The Iconfactory, I can easily call Twitterrific 5 the best version of the first Twitter app.

“The focus of Twitterrific has always been reading your tweets,” said Gedeon Maheux of The Iconfactory. That design principle is clear in version 5. Over the years, Twitterrific has got “caught up in the feature game,” according to Maheux. Version 5 strips away the confusing clutter and focuses on reading. It’s meant to be simple and fun. “We are definitely not after the power user that wants every single feature under the sun,” Maheux told me. 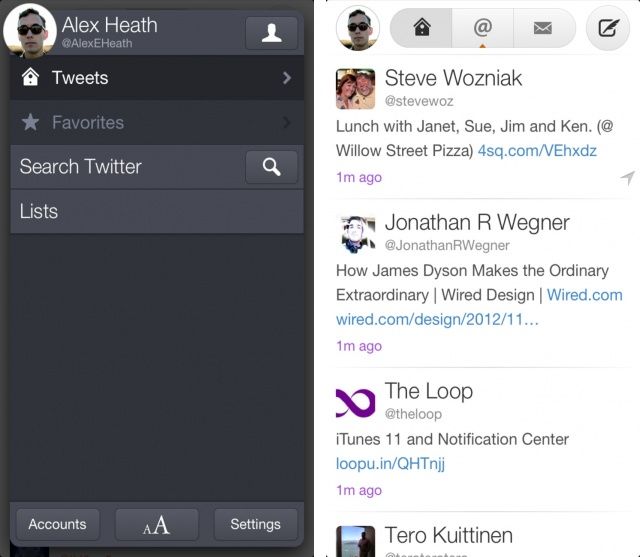 The design of the app is very different from most Twitter clients. The timeline view is a radical departure from the cell-based, bubble-like chunks of tweets you’re used to. Tweets flow together in a fluid river of updates. Twitterrific is one of the only apps that displays everything in your main timeline (mentions, direct messages, etc.), but you can turn this feature off in settings.

“The design is superb”

Twitterrific 5 is the kind of app that needs time to grow on you, especially it you haven’t used previous versions of Twitterrific before. It’s definitely not anything like Tweetbot, Echofon, or even the official Twitter iOS app. It’s hard to say that Twitterrific 5 is necessarily better than all other clients. It’s just different.

Whether you agree with the choices or not, it’s hard to deny that the design of version 5 is superb. The Iconfactory knowns design. (Twitterrific won a coveted Apple Design Award back in 2008.) All of the attention to detail you’ve come to expect is there. My favorite animation is the little bird breaking out of its shell and flapping its wings when you pull to refresh. It’s truly delightful to watch. I won’t spoil it for you in this review. 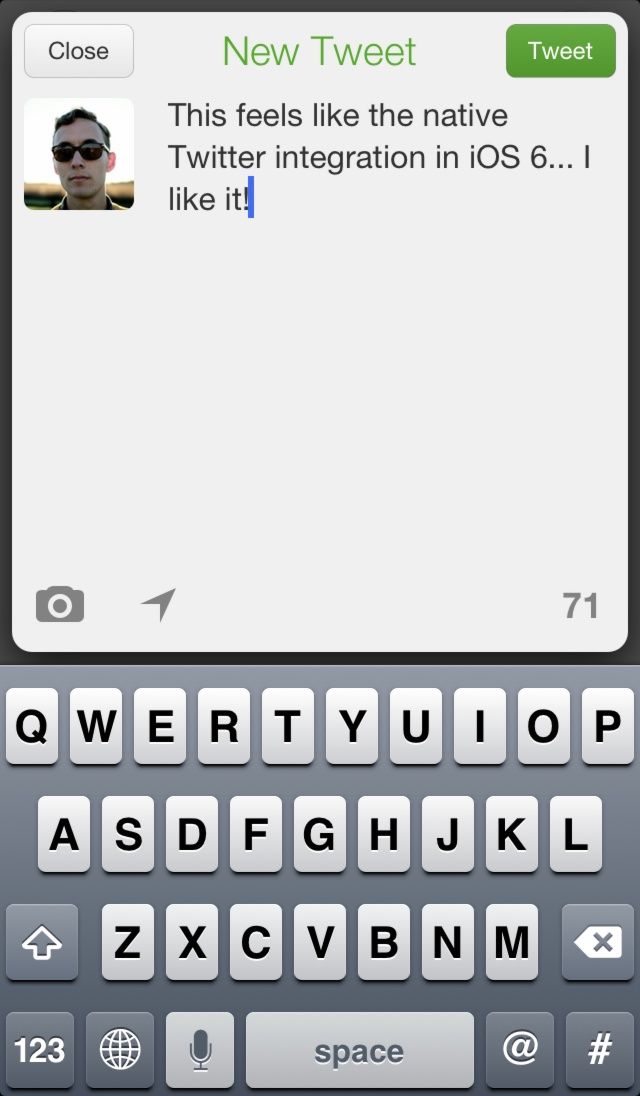 I asked David Lanham, one of the app’s designers, about what inspired the radical shift in how the app looks and feels. He admitted that he borrowed from Microsoft’s Metro interface a little, but he was also inspired by the native Twitter integration in iOS 6. That’s why composing or replying to a tweet in Twitterrific 5 feels a lot like the Twitter sharing sheet in iOS’s Notification Center.

There are some gestures I really appreciate in Twitterrific 5, especially the swipe right to reply. You can also swipe from right to left to view a conversation and replies to a specific tweet. A hidden gesture is the ability to swipe up with two fingers to hide the iOS status bar. Then everything is cleared away to let you focus on the app itself. Swipe back down with two fingers to show the status bar again. I love that. 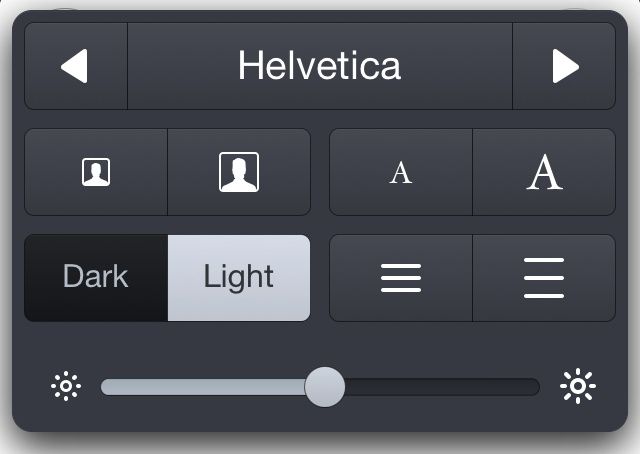 “Twitterrific may be about simplicity, but it still gets the job done.”

One of the main draws of Twitterrific is its customizability. There are two themes: Light and Dark. The app can be set to automatically switch to Dark mode at night, which means less strain on your eyes. A theme panel lets you choose from a short list of fonts and quickly toggle between Light and Dark mode. You can also change character and avatar size. There’s also a handy screen brightness slider (a feature I wish more apps implemented). I recommend playing around in the theme panel (located between Accounts and Settings) right when you start using the app. 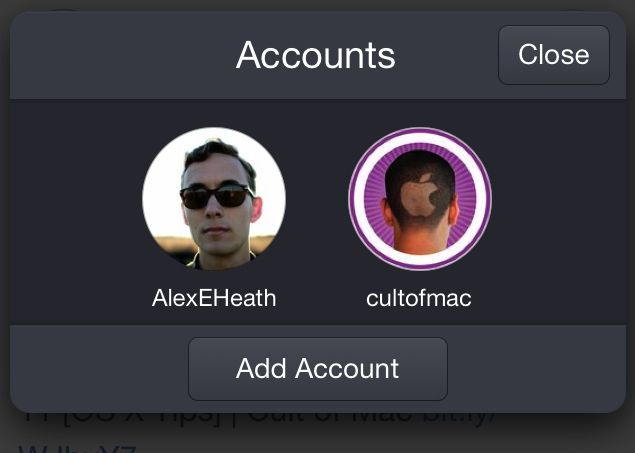 Twitterrific 5 is fast and stable. The app supports multiple accounts and pulls in info you have stored in iOS. Timeline syncing can be turned on with either iCloud or Tweet Marker. Tweets can be translated in-app and links can be saved to Instapaper and Pocket. Timeline gap detection allows you to load older tweets you may miss otherwise. VoiceOver is there for those with poor eyesight. There’s offline support for posting, favoriting, and following. Twitterrific may be about simplicity, but it still gets the job done. 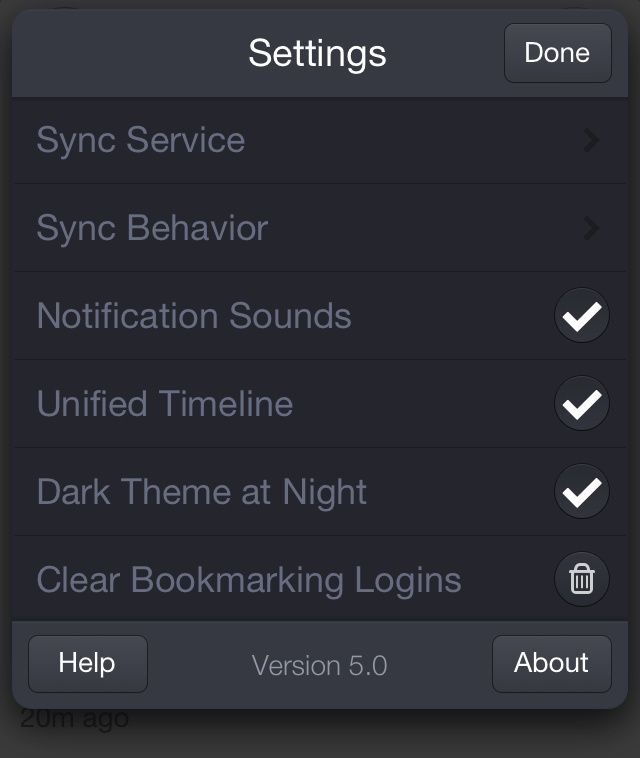 The biggest con to Twitterrific is the lack of push notifications. While Tweetbot has built a robust system that can be configured in-app, Twitterrific still doesn’t have its own notifications system. You will have to use something like the official Twitter app in conjunction with Twitterrific 5 if you really want to be alerted every time someone tweets you.

“The biggest con to Twitterrific is the lack of push notifications”

“Twitterrific is all new, including the design and code base,” noted Maheux when asked about the lack of push. “We wanted to get the core functionality out and into our users hands before adding additional features. We also want guidance from them regarding which ones they feel are most important, so we’ll be listening as we move forward and adjust the roadmap accordingly.”

Another big blow is the lack of a streaming timeline. You have to manually pull to fresh each time you want to see new tweets. That should be changing along with the lack of push in a future update. 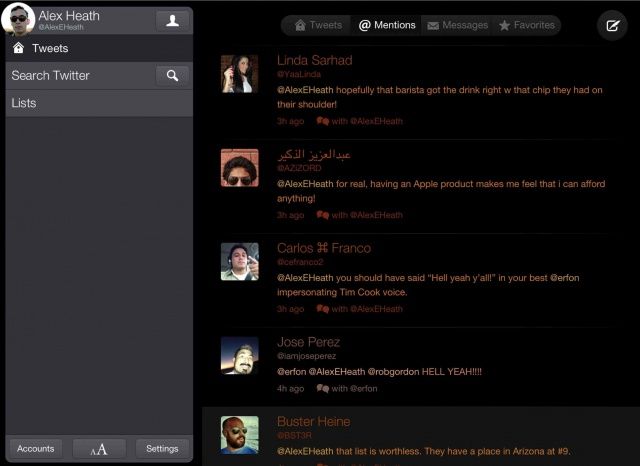 Version 5 is a universal download that is optimized for the iPhone and iPad. Both apps adapt to their intended devices well. You can view your timeline in either portrait or landscape on both devices, and the iPad version has a pinnable sidebar with quick access to lists, your account, and settings. Swiping through the timeline is more enjoyable on the iPad’s larger display for me. 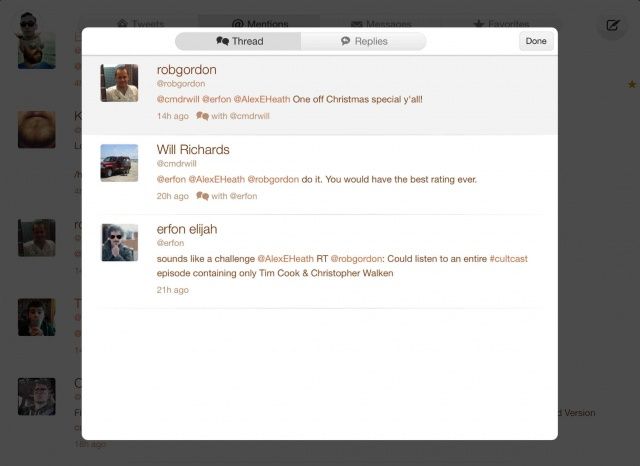 “We’ve always focused on iOS first and brought the best iOS features over to the Mac,” said Maheux. Since there are way more Twitterrific users on iOS, The Iconfactory decided to update there first. I’m told that Twitterrific for Mac is still being worked on, and a big update is in the works. Twitter has been giving third-party developers a hard time lately, but Twitterrific isn’t in danger of getting choked out yet.  “We are still very committed to our users,” assured Maheux. 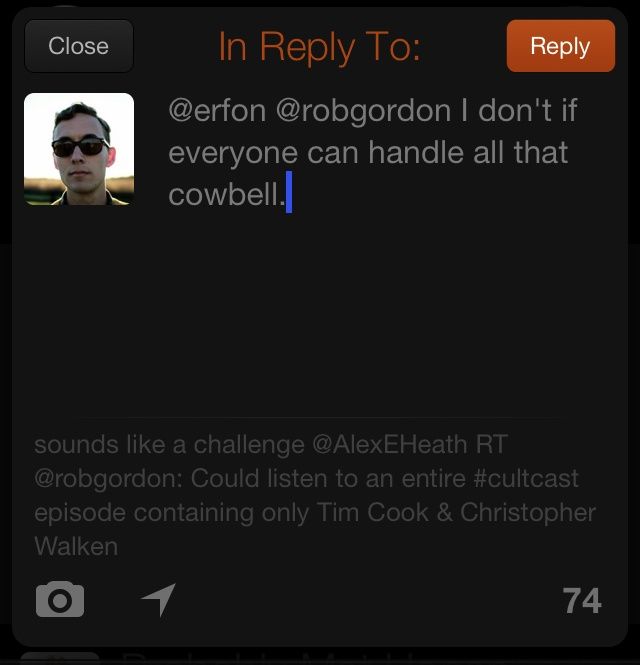 I’ve always been slightly confused about Twitterrific’s purpose. While The Iconfactory seems emphatic that the app is meant for the average joe, I’m not sure that my mom cares about features like font customization. And there’s also the price to consider. When Twitterrific 5’s launch sale is over, the app will cost $6 in the App Store. That’s a hard sell for someone who’s not a power user—not to mention that the official Twitter app is available for free.

If Twitterrific 5 looks like a breath of fresh air to you, then check it out. It’s definitely a great app. But the real question is if it’s the right Twitter client for you.  I’ve been a Tweetbot user for quite awhile, so it took a little while for me to get used to the new Twitterrific. I would definitely consider myself a power user. Give me push notifications, Twitterrific, and I may be sold.

Twitterrific 5 is available now in the App Store for a launch price of $2.99.