Although a bag fancier, there have not been many backpacks in my life that I have cared for. There was a plastic Optimus Prime knapsack when I was six that was pretty boss, and I traveled through over three dozen countries in my early 20s lugging around an 80 pound rucksack, but otherwise, backpacks are the accomplice of unpleasant memories: of inexplicable and unpublished high school rules of coolness dictating the correct number of straps to use in order to silently advertise your relative merit on the cosmic scale of “phat”-ness; of bags torn from my shoulders by laughing cromagnons and tossed into open sewers.

Worse? I think backpacks look dumb on adult men. I know there’s a vocal brotherhood who thinks that any bag on a man looks dumb, but at least I know that a messenger bag or satchel is as much a conscious fashion decision as it is a utilitarian method of hauling around your stuff. A backpack, though, makes even the most slender-of-hip, effortlessly dressed and stubbled metrosexual look as if he were a be-moobed 13 year old gasping and wheezing his way home after school with a backpack overstuffed with text books and X-Men comics. And I should know, because I was that 13 year old.

But backpacks have their purpose, and as I’ve gotten older, I’ve become a little more enamored with their practicality. They are easier on the back, and easier to lug around while biking. If only they didn’t look so ridiculous.

Enter the HEX Drake Origin, a fashionable backpack with a slim form factor that is none the less big enough to fit a 15-inch MacBook, and even has a dedicated pocket for a 10-inch iPad. This is a backpack I not only like; I’m not embarassed to wear it. 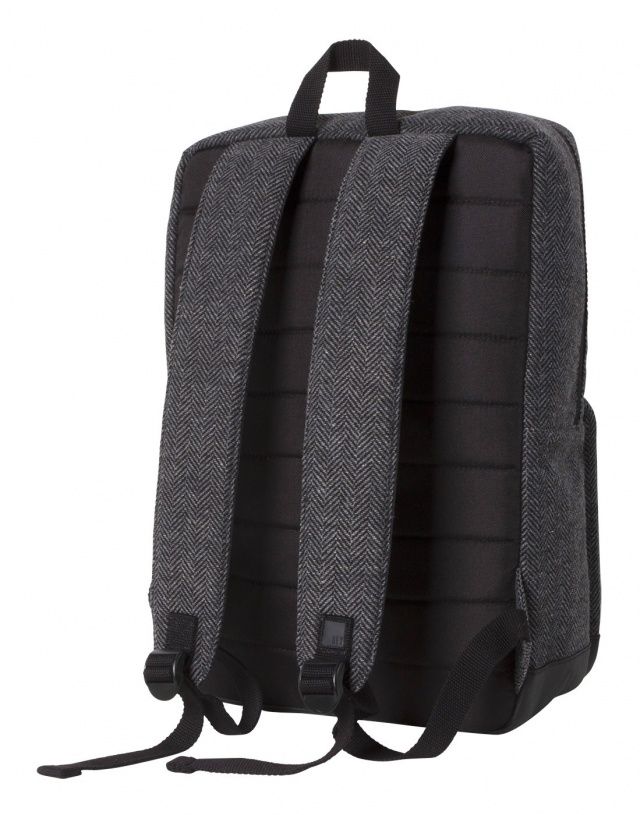 The Drake Origin Backpack is part of HEX’s larger Drake line, which is comprised of a line of bags and sleeves for iPads and MacBooks made of an attractive charcoal and black herringbone in wool.

I’m a big fan of this material, and although it’s obviously a matter of preference, it’s the cut, stitch and weave of the Drake Origin that makes me like this backpack so much. This is a backpack that just streams class and understated chic.

Where other backpacks aim themselves at students, the sporty, or cyclists, the Drake Origin almost looks as if it came from some High Street design back in the 1920s. It’s got a charming, understated look without garish flourish. It isn’t swollen with unnecessary pockets, complicated by endless straps and zips, or festooned with different colors. It’s style relies upon a modest, barebones cut of fabric — nearly the simplest look for a backpack possible — trimmed with a few small strips of leather, and branded with a very small label that blends into the herringbone.

It looks great, and even loaded with a 15-inch MacBook Pro, some cables, books and an iPad, the Drake Origin sits comfortably on the shoulders and manages to keep the weight off your back. Inside, the main compartment is lined with a steel blue fabric and numerous smaller ancillary pockets for pens, pencils, notebooks and the like; then it is divided by a padded, protected pouch for a 15-inch laptop, which is itself lined with what feels like a neoprene-like material. That’s a particularly nice touch which is, in turn, matched by the only other outside pouch, perfectly sized for an iPad. This is an iPad/MacBook case and backpack combined. 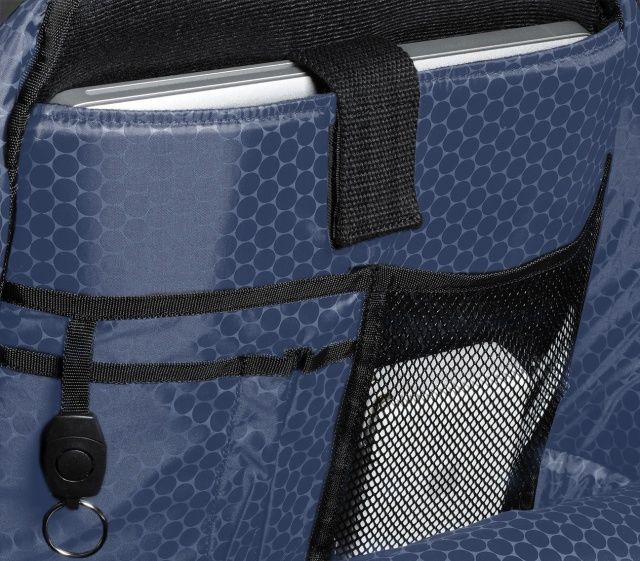 I do, however, have few complaints about the Drake Origin. I love the way it looks, and the way it feels. My only real ding against it is that I wish it were a tad more expandable: it has a naturally slim form factor that makes it look extremely fashionable, but doesn’t actually allow you to stuff it very full with as much cubic footage of gear as other backpacks, in my experience. It still fits a good amount of stuff, though. The wisdom of having the iPad pouch located on the outside of the bag, where it is most likely to be kicked, dropped, or even stolen, is also a curious choice, although of course, that’s the main selling point: this is a backpack for people who want to be able to quickly pull out their iPads.

If you’re like me, and want a backpack despite not particularly caring for the look of backpacks, and who regularly carries around a MacBook Pro and an iPad, the HEX Drake Origin is a great deal at a reasonable price of $79.95. You can get it here at the official site.