Your kid probably wants something from Apple for Christmas this year. It’s a fact. No I’m not being an ultimate fanboy who’s saying that just to make Apple look cool or spread Apple’s evangelical message of peace, love and minimalism.

Kids this year want an iPad more than anything. More than an Xbox, Wii U, computer, or even a smartphone.

Surprisingly, kids want an iPad 4 more than they want the iPad mini even though it’s smaller form factor would make it more kid-friendly and cheaper for parents as well.

Even among teenagers that are 13 years-old and up, the iPad is still at the top of the list, garnering 21% of the vote for the most desired item. The Microsoft Surface only got 3% of the vote, but Microsoft did manage to beat one Apple product as the Apple TV only scored around 2%. 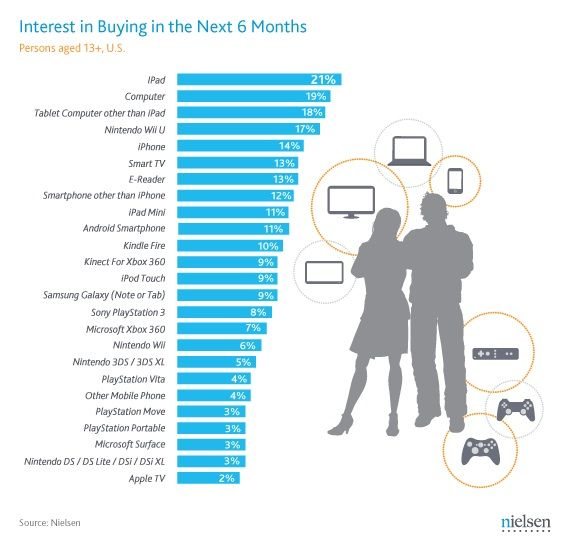