It’s rare that you can point to an accessory and say “Jony Ive” designed that, but with the Harman Kardon Soundsticks, that’s literally true.

Back in July 2000, Apple partnered with Harman Kardon to release an officially blessed subwoofer and speaker combo to perfectly accentuate the translucent iMac G3. One of the benefits of that partnership to Harman Kardon was that Jonathan Ive undertook the design of the product. The result — the iSub 2000 Subwoofer and SoundSticks — are a classic example of vintage Ive design, all bubble shaped and translucent.

If you aren’t Apple, it’s rare to be handed an Ive design every day, and so Harman Kardon has wisely kept the shape and look of the SoundSticks line pretty much the same for the last twelve years, only improving the technology inside as they can.

The new SoundSticks Wireless system is a further refinement of the classic year 2000 design. There’s one big difference, though: the SoundSticks now do Bluetooth. 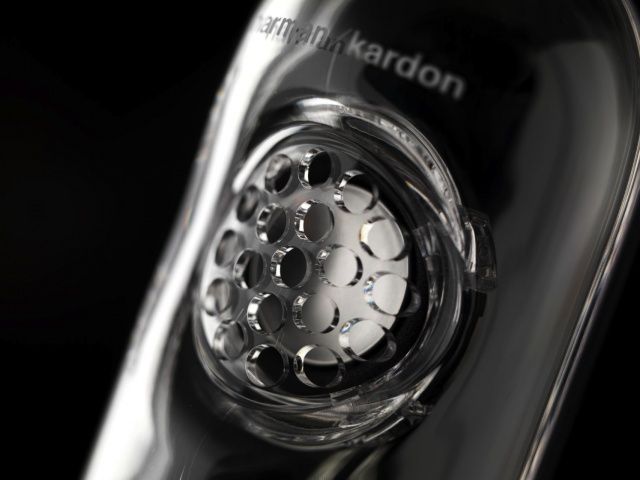 It’s true that neither Apple nor Jonathan Ive have designed anything that was made of clear, transparent plastic for almost a decade. Even so, it’s something of a timeless design.

One of the benefits of making an accessory out of transparent plastic is that you can pretty much pair it with anything, from an old bondi blue iMac to a brand new 2012 iMac, and it won’t clash. Even if you take into account the fact that Jonny Ive designed the SoundSticks himself, then, it’s small wonder that Harman Kardon has stuck with this design: it looks good with anything.

Inside each 10-watt SoundStick are four 1-inch drivers mounted vertically, which draw their power from a bulbous, glowing 20-watt subwoofer that hums sitting on the floor. These things have fantastic sound. Hooked up to my 2009 iMac, the music just shines, making the iMac’s built-in speakers sound thin and wimpy. They are also extremely resistant to distortion even when you’ve got them cranked up all the way, and the bass sounds balanced — not the coccyx-tormenting brown note of the Beats line, warped beyond all measure, but pleasant and deep.

Although we’re very impressed with the Harman Kardon SoundSticks Wireless’s sound quality, it’s not changed much if at all from the previous version of the SoundSticks, the SoundSticks III. What has changed, however, is Bluetooth support.

The new SoundSticks allow you to stream music from your iPhone, iPad, iPod touch or any other Bluetooth-enabled device, and it works great. In fact, unless you have an incredibly advanced dock, the wireless SoundSticks are probably the best sounding Bluetooth-enabled speakers out there. Think your iPhone’s music sounds great coming out of a Jambox? It’s all muddy crap compared to what it sounds like from the SoundSticks III (although still not as good as you’d find from a wired connection). 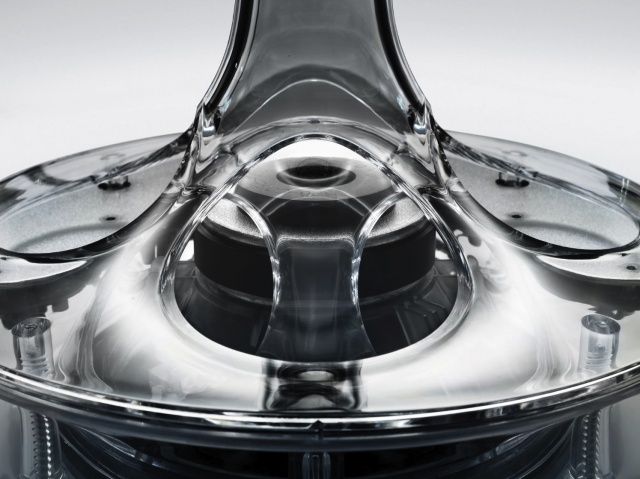 There’s not much not to like about the SoundSticks Wireless, but there are a few.

For one thing, while we were very pleased with the new SoundSticks, if you’re expecting a truly wireless 2.1 sound system, think again. The name of the product is confusing: the “Wireless” only refers to the ability to stream audio over Bluetooth to the speakers once they are already hooked up. In other words, if you’re expecting the SoundSticks Wireless to, as its name suggests, forego, you know, wires.. .sorry.

Second, we hate the capacitive button controls on the SoundSticks. There’s no feedback that they are actually working unless you have sound already playing. Worse, there’s no way to power down the system unless you want to reach down under your desk and find the switch on the subwoofer. Ditching capacitive buttons and putting a power-down button one one of the satellites would have been welcome.