As a gadget reviewer, I go through a lot of shipped packages. Which means I have to deal with a logistical nightmare second only to the Allied supply lines following the D-Day landings (except my packages tend to be, for the most part, somewhat less liable to explode or cause diarrhea). But that’s OK — I have a secret weapon to help keep everything straight.

Junecloud‘s Deliveries Status ($5) tracks shipments in a wonderfully simple, easy-to-read, straightforward manner; and like many of Apple’s own products, it just works.

On the iPad, the most immediately noticeable feature of Deliveries is its uncluttered interface. On the left is a brightly colored column of entries, each one denoting a single shipment, with a brief summary of the shipping status. I love how each entry is automatically color-coded by carrier: purple for FedEx, brown for UPS, and so on. The title of each shipment is customizable for easy reference. Shipments that have been delivered sport big check marks next to their titles; those that haven’t display the ETA in days as a big, easy-to-read number.

A large-ish Apple map dominates the right side of the screen that displays the current location of the package you’re currently viewing (it’s not real-time, just an approximation of where the package is based on information from the carrier). Underneath the map sits the nitty-gritty: all the info from the sidebar, plus the tracking number and delivery date (or ETA).

The main status box also has two more options. One lets you view shipment details on the carrier’s actual webpage (which replaces the view of the map); the other option lets you share details of the shipment in an easy-to-read email.

On the iPhone, the screen displays just the shipments column; tapping on an entry then opens a detailed page for the shipment, the same options as the iPad version.

Junecloud ties it all in with a free OS X Desktop widget that automatically syncs, through Junecloud’s servers, with the iOS app to keep things up-to-date across all Apple platforms. The widget simply mimics the left-hand status column of the iPad, but it does the job.

And here’s a neat trick: Copy a tracking number to your device’s clipboard, then open Deliveries (or switch to it) and the app will instantly recognize you have a shipment that needs tracking, and will ask if you want to add it. It’ll even guess the carrier. I thought this was a really cool feature, and it worked about 90 percent of the time.

If you’re shipping maybe one package a month to your uncle Bob in Florida, $5 might be a bit much to spend for this app. Also, the key to this app are tracking numbers. If the people shipping you stuff don’t like using them, you’re not going to be able to take full advantage of this app — you can make entries without tracking numbers, but you obviously won’t be able to use the best features of this app (this obviously isn’t a problem if you’re mainly shipping out).

But these possible issues are hardly the app’s fault. Really, there’s nothing not to like here.

Deliveries Status actually makes shipping a joy, and feels like it could easily have been created by Apple as its own iOS shipping app. 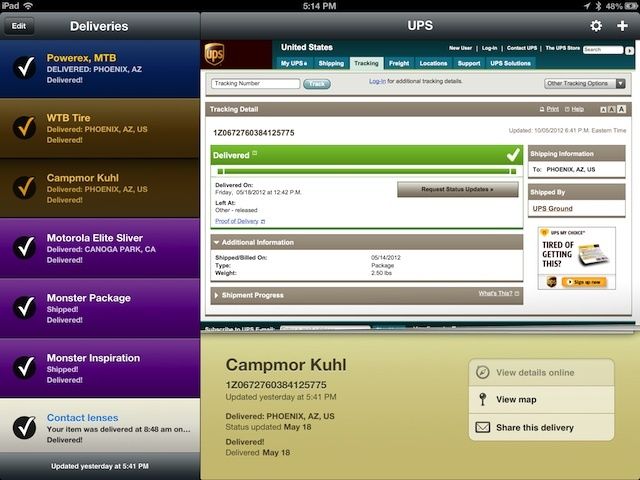 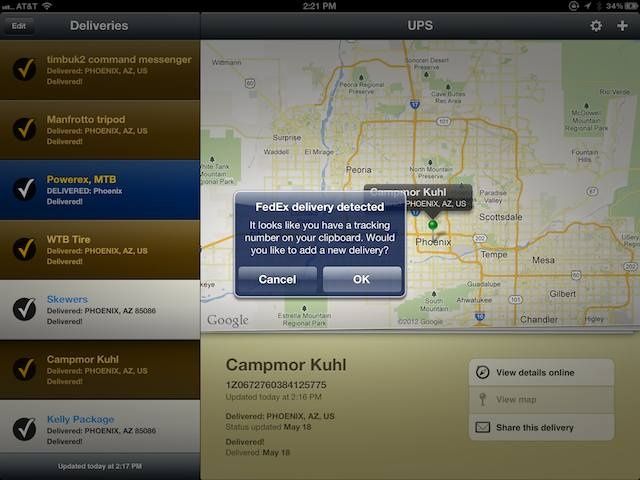 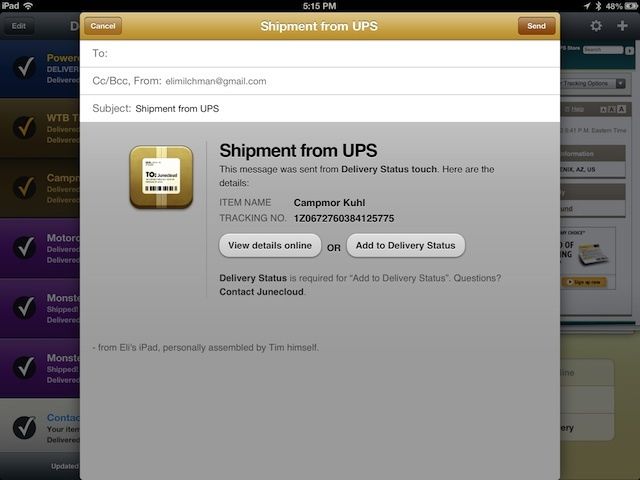