SAN FRANCISCO, JailbreakCon 2012 — Joshua Tucker, a leading interaction and interface designer for iOS, just unveiled several new Cydia projects at JailbreakCon. After explaining his approach to design and past jailbreak tweaks, Tucker announced the release of Emblem, a complete rethinking of iOS push notifications. Emblem is available now in Cydia $1.99.

Emblem can best be described as the way Apple should have done notifications on the iPad. Instead of iPhone-like banners, Emblem introduces OS X-like banners with intuitive gestures and message handling. 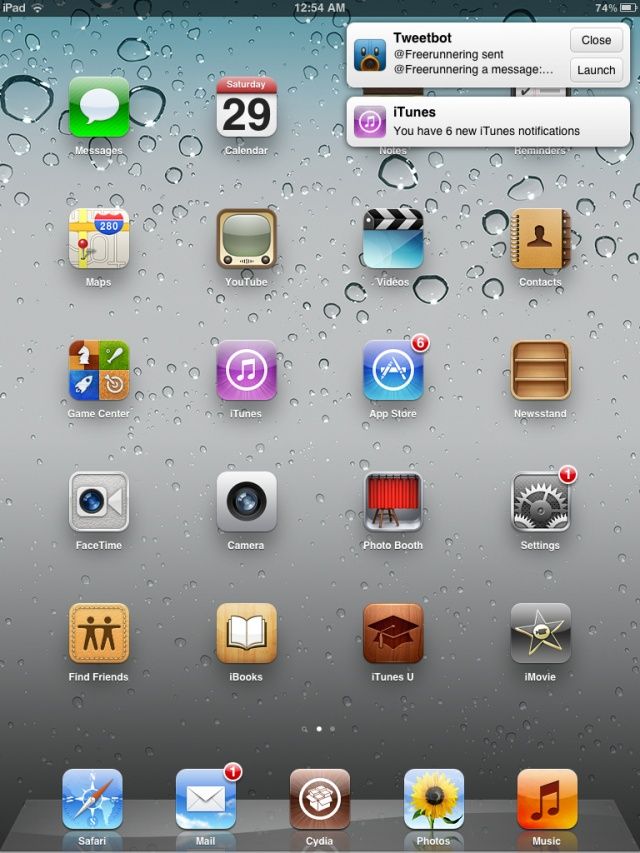 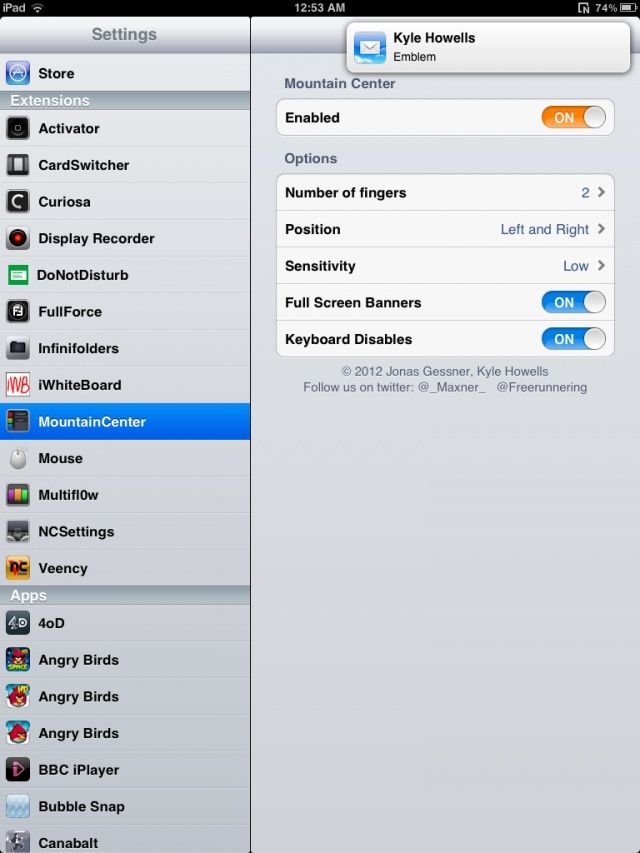 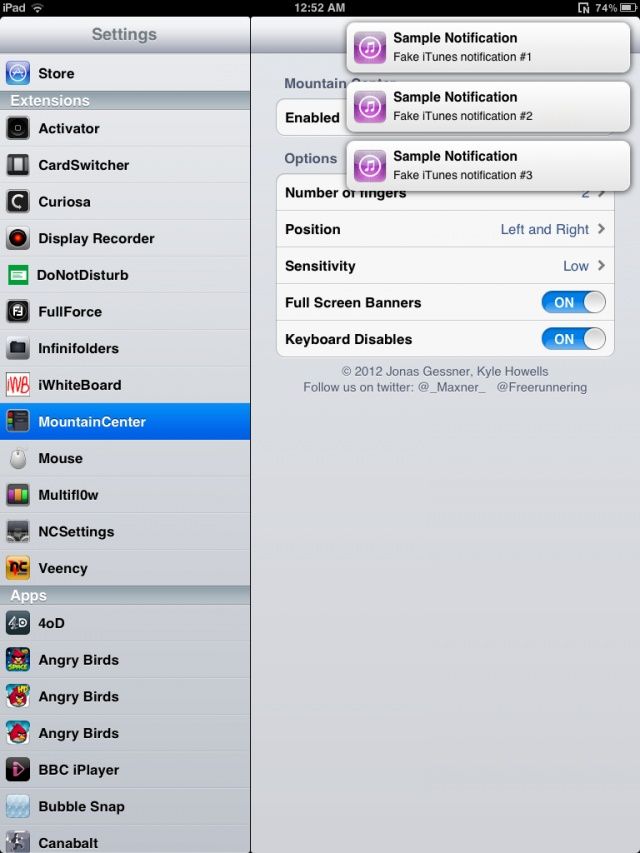 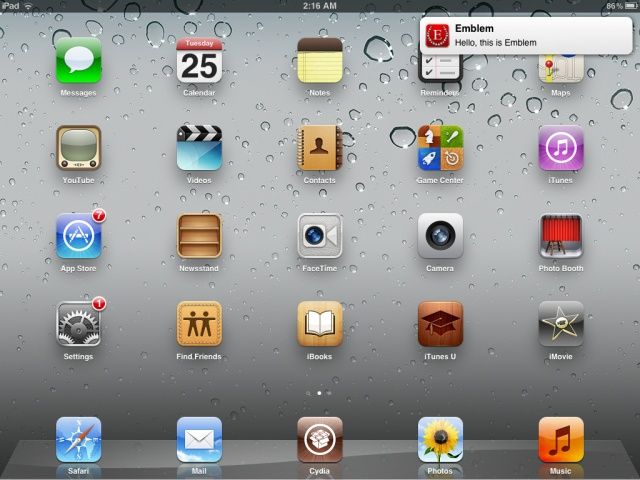 Dismiss notifications by holding and dragging them off screen. If four or more notifications from the same application appear on screen, they will intuitively stack into one banner, allowing you swipe through to view each notification individually. Emblem also offers a tutorial to help walk you through how each feature of the new system works. Assign the tutorial to an Activator method to launch.

No settings or options to configure.

As you can see in Tucker’s screenshots, incoming notifications appear as banners on the right side of the screen with Emblem. A group of notifications can be stacked and scrolled through with ease in one banner cell, and you can select to either close a notification before it queues in Apple’s Notification Center.

Emblem is best experienced in person, so make sure to purchase it in Cydia on your jailbroken iPad and give it a try. You must be running a jailbroken iPad on iOS 5.0 or higher. Emblem includes an awesome tutorial that’s narrated by Siri, so you’ll learn how to start using it right away.