Earlier today, we reported on the Foxconn riot that broke out at the company’s Taiyuan, China, plant on Sunday evening. More than 2,000 employees were involved, and it took more than 5,000 police several hours officers to bring the disturbance under control.

Although many were injured, it was first thought that there were no deaths. Unfortunately the riot was much worse than initially reported, and ten workers have now been pronounced dead, according to reports.

According to CPCW — via Chinese blog MIC Gadget — the disturbance resulted in ten deaths, and the plant has now been closed for at least three days while investigations take place. However, Foxconn has denied that were any fatalities. 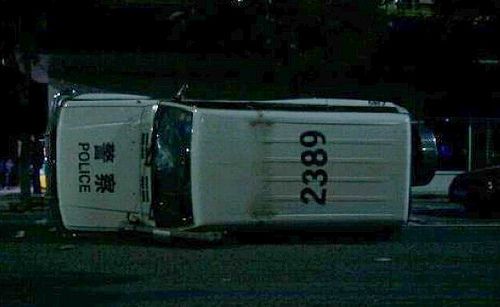 “We can confirm that there have been no employee deaths related to the incident which took place at an employee dormitory in Taiyuan last night. Reports to the contrary are inaccurate,” the company said in a statement.

This particular plant employees more than 79,000 people, and it specializes in the assembly of manufactured components and stamping metal. It is currently producing the new aluminum rear panels that feature on Apple’s iPhone 5, and at least one production line was damaged during the riot.

This is the same plant where workers rioted back in March, and MIC Gadget claims it’s notorious for its strict overtime requirements, which are forced upon its workers. But one of the biggest complaints is that security personnel are abusive to staff, which is said to be the cause of Sunday night’s brawl.

Our sources indicated that one of the security guards hit a Foxconn worker and this made even more of the workers angry and they started to beat up the security guard and others who tried to stop the fighting. Eventually as the Foxconn hired security was overwhelmed rather quickly, they called for backup. They have said it is a dispute between “workers” that started between 10-11pm on September 23rd. However it rapidly escalated from there.

Gang members from Shandong and Henan also became involved in the fight when news spread, and it took 5,000 police officers until 3 a.m. to bring it under control. 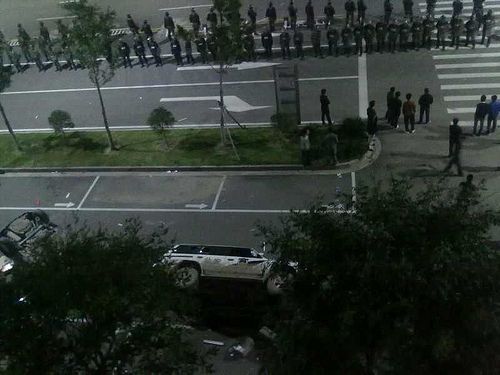 In an effort to keep the fight under wraps, employee cellphones were confiscated and erased, and around 100 people were arrested. In addition to this, Chinese authorities moved quickly to have photographs and videos of the incident removed from microblogging site Sina Weibo.

As workers fled the scene, many were trampled, and around 40 individuals are now in the local hospital with injuries, though MIC Gadget suspects the actual number may be greater than that.

Apple also has four of its own employees located at this plant, which are working to improve efficiency and quality control. It’s unclear where these workers were at the time the riot started. 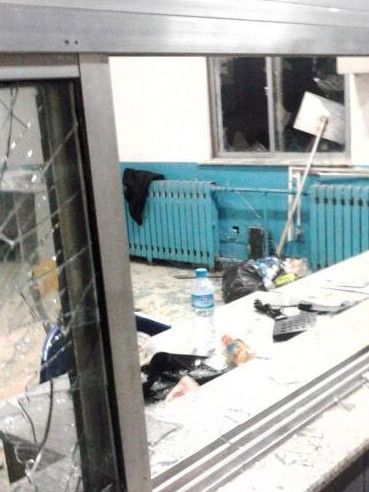 With the plant now closed for three days, and at least one production line damaged, it could be that Apple’s iPhone 5 shipping delays get worse before they get better.