I’ve lost count of the number of iPhone 5 parts that have leaked out of Apple’s Chinese factories. But one thing that’s been notably absent from those leaks is the device’s new processor. We’ve questioned whether it will use the same A5X chip that features in the new iPad, or whether it will get an all-new A6 processor.

Thanks to the latest leak, that has become a little clearer.

9to5Mac has published several images of the iPhone 5’s logic board, both before and after all the chips have been added. The latter is the most interesting, because if you look very closely at the large chip towards the top of the board on the left, you’ll notice it says “A6.” 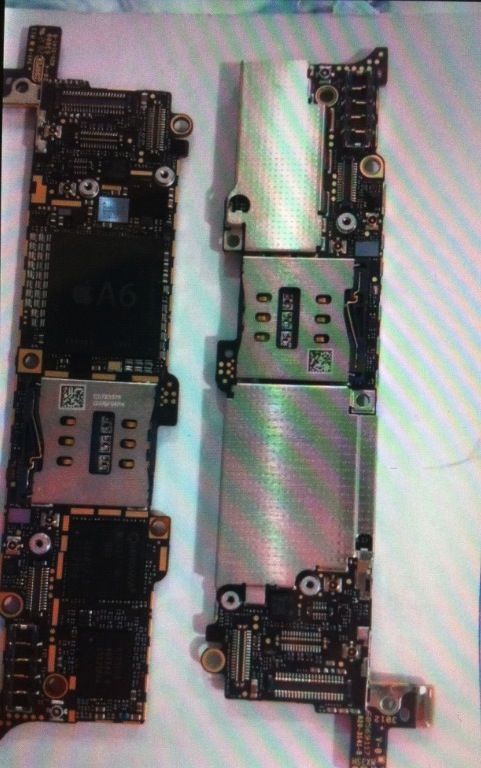 However, it appears this image may not be as genuine as it seems — as 9to5Mac notes:

The crisp picture shows the logical board without any protective EMI shielding for an internal look at the A6 chip that supposedly sits inside. We are a bit weary of the authenticity of this picture, as its originator, Sonny Dickson, said it needed to be “enhanced with Photoshop.”

If it is indeed genuine, the iPhone 5 would become the first iOS device to get an A6 processor, the specifics of which are currently a mystery. Its predecessor, the iPhone 4S, features a dual-core A5 chip, while the new iPad’s A5X chip is almost exactly the same thing, but with the faster graphics required to power its larger display.

There’s a possibility the A6 processor could be a quad-core chip, which would allow the iPhone 5 to compete with the latest “superphones” from the likes of Samsung, HTC, and LG. But until Apple makes it official, we won’t know for sure.