Did you hear that we touched down on Mars? Again. Late last night NASA’s rover Curiosity successfully carried out a very challenging landing on Mars so that it can explore the red planet and send data back to Earth.

How’d it get there? First there was a bunch of rocket science stuff that we don’t really understand, but the landing sequence was guided and watched by a bunch of NASA brainiacs on their MacBooks Pros. Who says hipsters are the only ones that use a Mac?

Here’s another picture of the NASA MacBook setup: 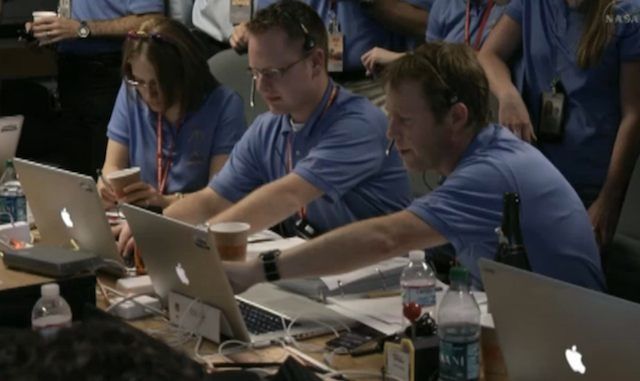