If there were ever a medal for Most Staggering Misnomer, the iPhone would find itself in serious contention for gold; the little glass slab is so stuffed with useful functions it makes the “phone” element of its name ridiculously misleading. Consider the action-packed roles my iPhone has filled over the years: Bicycle computer; running partner; navigator; wilderness scout; survival guide; weather advisor; and visual story-telling tool, not to mention being able to score all these adventures to music. And yeah, it makes calls too.

The iPhone is the most indispensible piece of hardware since man discovered sharp rocks. Problem is, the iPhone is also a fragile weakling, easily damaged by sharp rocks, gravity or water — things that exist in copious amounts around precisely the places you’d want to use the iPhone to adventure with.

The people at LifeProof, however, have recognized this paradox, and they think they have a solution. They’ve come up with a quiver of clever, well-designed, mission-specific exoskeletons that work as a seamless, modular system, all designed around the core armor: a lithe, shock-resistant, fully sealed (yes, waterproof) iPhone 4/s case. And for the most part, it works brilliantly.

Repeat after me: There is no LifeProof system without the LifeProof case. Once installed around the iPhone, this two-piece core component is designed to interface seamlessly with the various other auxiliary modules — and it did so with the precision of an interlocking wooden jigsaw puzzle.

The case itself is a marvel — almost impossibly light and svelte for the degree of protection it affords, which is considerable: LifeProof claims the case is fully waterproof to a depth of 6.6 feet (two meters), completely dustproof and rated to protect the iPhone from drops “onto all surfaces” from a height of 6.6 feet.

Frankly, our operating budget can’t afford a new iPhone every time a shock test goes amuck, so I was fairly conservative with the drop tests. Happy to report my iPhone survived through three drops onto a flat rock from a height of about three feet (half the rated height), about where it’d be dropped from if it simply slipped out of my hand.

Similarly, I didn’t swim with it. But the case flawlessly passed a shower test and extended submerged movement in about a foot of pool water.

I was also impressed at how easy it was to seal the iPhone in the case. I just popped the phone into one of the bottom of the two halves and snapped the front on, working my fingers around the perimeter to make sure the rubber gasket provided a seal (there was a constant reminder to do this courtesy of a massive yellow sticker with warnings that covered the back of the case) and snapped the clasp that covers the 30-pin port on the bottom into place. A plastic audio jack plug would need to be screwed in to make the case waterproof and fully dustproof. Popping the shell back open was simply a matter of inserting a coin in a slot on the case’s bottom left corner and easily levering the two halves apart.

And just how svelte is it? Let’s put it this way: I could easily slide my LifeProof-clad iPhone into a jeans pocket and forget it was armored. The button actuations are designed well too, with the home button remaining extremely easy to work and flanges around the volume/mute cluster to protect against inadvertent movement during extreme maneuvers.

And here’s the kicker: If you pop for the compatible accessories to play with, not only do you never have to take the case off, but because the case is used as a mounting point, using these accessories is quicker and in almost all cases a better experience than if you were using a similar accessory without the LifeProof system.

Now for the caveats. The film covering the screen felt a little distant from the actual screen, and this gap sometimes made activating the screen a bit of a pain. The case’s 30-pin opening was just barely large enough to accomodate an official Apple connector; if you’re using a knock-off or something like a Wahoo Fisica dongle, you may have to file the connector/dongle down (once filed, it should fit). Finally, because the audio-jack port is threaded, the audio-jack cable accessory is required in order to use earphones; on the plus side, this screw-in system also allows you to listen to music while swimming or in the rain (assuming you’re using waterproof earphones).

Next to the case itself, the bicycle mount left me the most impressed. In fact, it’s probably the best iPhone bike mount I’ve encountered — high praise from an ex-bike racer, technician and salesperson. The handlebar mount worked quickly, easily and secured well, thanks in part to rubber spacer options; the ball-and socket connecter allowed for perfect viewing angle (even if the screw-on collar was a pain to tighten); and  the meaty locking tab — a component common to all the accessories — was easy to activate and very secure. I had absolutely no qualms taking the system out on some rough, technical Arizona singletrack, and apart from a little movement of the ball-and-socket joint from not tightening the collar enough (pain), it performed flawlessly. Quite possibly the best bike mount system in the known universe. 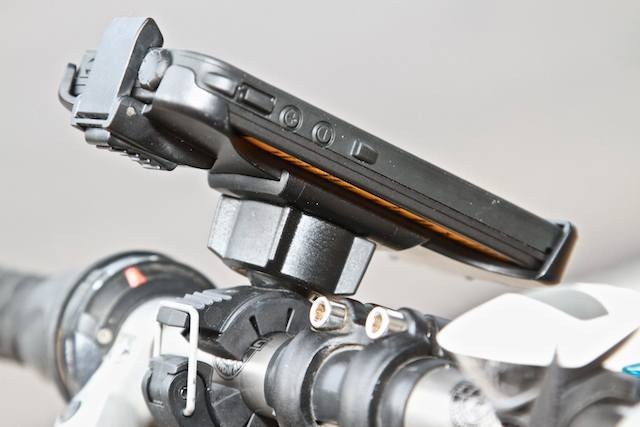 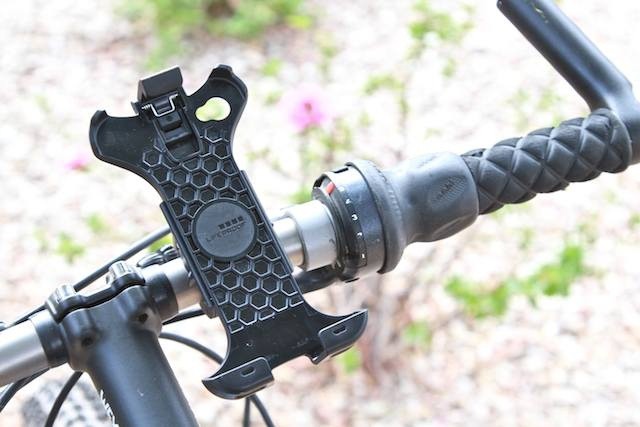 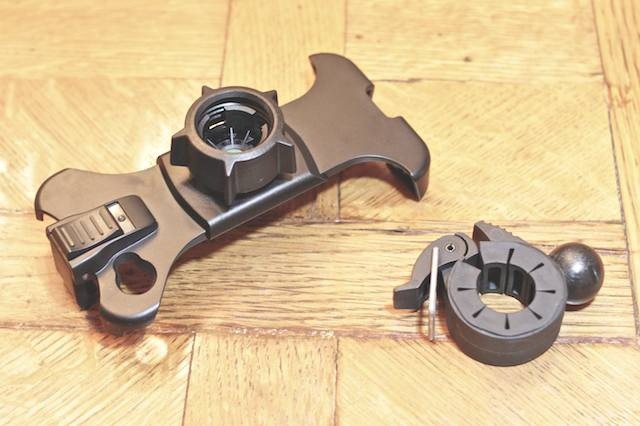 A great tool when hiking, backpacking, swashbuckling or navigating through the corridors of your office. Again, the system-wide easy-to-activate locking clip makes an appearance. The case came with a choice between two ratcheting clips of different lengths; the long one seemed ridiculously long. Works well with the LifeProof system, but doesn’t additionally offer anything new. 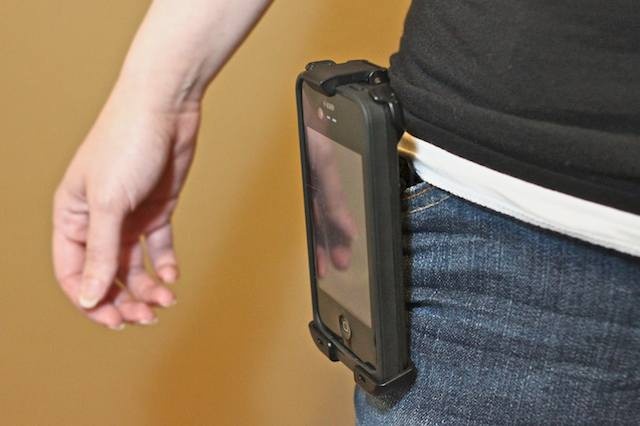 I was somewhat non-plussed with the armband/swimband, probably because I didn’t try it as a swimband; I imagine the bulk, weight, and uncomfortable feel might be negated in water. I didn’t like jogging with it. 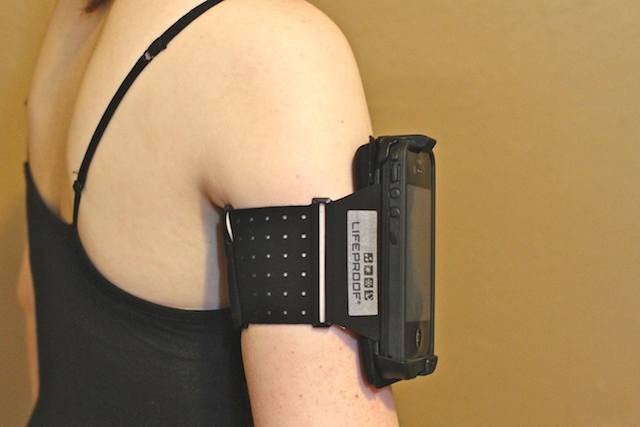 There are also other fun things you can do with your iPhone once wrapped in the core case, like teach it to float or turn it into an action cam with the help of a an inexpensive GoPro mount. For most people though, the case and one or two of the main accessories reviewed here will probably hit the sweet spot.

The new standard for iPhone armor, and an adamantine chassis for the rest of the system