Yet another picture of the front panel destined for Apple’s next-generation iPhone has surfaced online via Chinese technology blog MyDrivers. Like the others we’ve seen, this one reportedly sports a 4-inch display, along with in-cell touch technology that makes the panel thinner than its predecessors. However, the panel in this image looks no different to an iPhone 4S panel to me.

MyDrivers reports that the iPhone panel they have obtained from “supply chain sources” features a larger, 4-inch display, in addition to new in-cell touch technology that integrates touch sensors directly into the LCD itself, negating the need for a dedicated digitizer and thus making the front panel considerably thinner than that on previous iPhones.

The panel fits in nicely with all of the rumors we’ve been hearing about the new iPhone to date, but we do have one concern: The image MyDrivers have provided looks to be that of an iPhone 4 or iPhone 4S panel. Take a look at the image above and compare it to the image of an iPhone 4S panel taken by iFixit below. 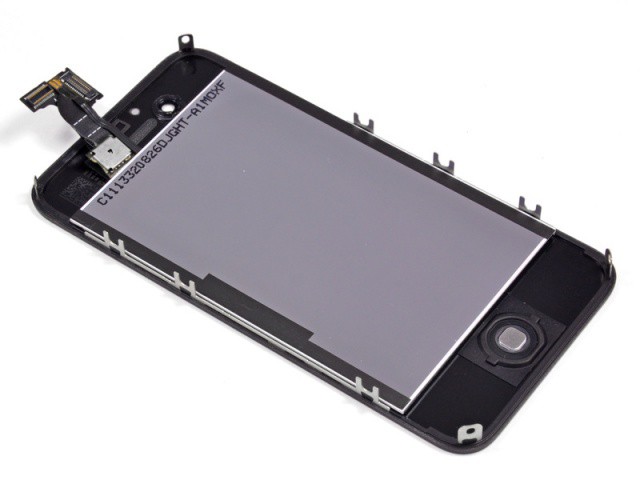 Appears exactly the same, doesn’t it?

Unfortunately, that does make this report a rather questionable one. Of course, it’s hard to dismiss it completely without seeing measurements for the panel obtained by MyDrivers, so here’s to hoping that report is followed up with some better images.