I’ve waited over two decades to own a real robot. It was one of those silly childhood dreams to own something straight out of Terminator that obeys commands, spies on people, and rains down havoc if need be. Even though we’re in the year 2012, we still haven’t managed to create affordable robots, which is a pretty big letdown if you ask me. Thankfully, we’re getting closer, and playing with the new Parrot AR. Drone 2.0 has given me hope that the toys of the future are going to kick some major ass.


Back in 2010, French company Parrot blew us away with the AR Drone. It was the most affordable quadrocopter the world had seen with advanced features. Lucky for us, Parrot hasn’t been satisfied to rest on its laurels, and has made some exciting improvements to its flying drone with the AR Drone 2.0.

The AR Drone 2.0 is made out of lightweight foam and carbon fiber tubes that have been redesigned to allow more stress from crashes while staying light enough for its four motors to carry it as high as you want. With this new model, Parrot has added a 720p HD camera that can shoot video or stills and upload them to YouTube as soon as you’re done recording.

Parrot made some significant improvements to the hardware, but one area where the AR Drone 2.0 really shines is the new software Parrot’s created for it. Some big changes were made to the UI, so controlling the Drone with your iPad or iPhone is a lot easier now, and the public API allows people to do some really cool things with the quadrocopter. There are also some new games that you can play with the Drone if you ever get bored of flying around capturing video and amazing aerial shots of your neighborhood. 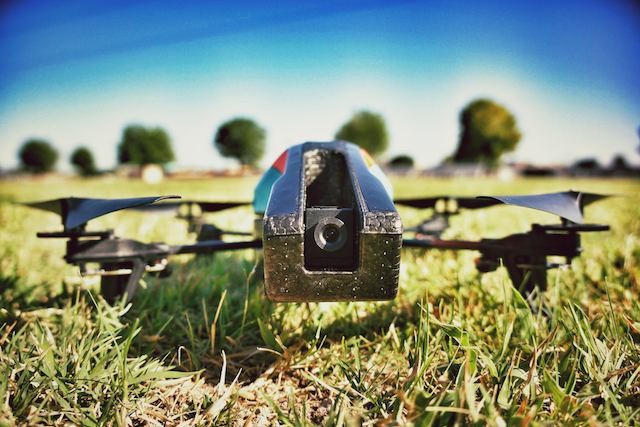 What’s really great about the AR Drone 2.0 is that it’s incredibly easy to set up. Once you’ve downloaded the AR FreeFlight 2.0 app to your iPhone, you install the battery on the quadrocopter, wait for it to initialize, launch the app, and you’re ready for take off. The control scheme is also very easy to use as well. Other iOS controlled helicopters we’ve played with have been hard to control, but the Parrot has done an outstanding job of perfecting the controls by including basic and advanced options within the app. Also, because of the new sensors on the AR Drone 2.0, it’s a bit harder to crash, and if you get your drone gets out of range it doesn’t fall to the ground, but hovers on the spot until you walk back within range.

Playing with the AR Drone 2.0 is a lot of fun. Testing the limits of the quadrocopter by flying it as high as possible, or maneuvering it between objects is a challenge at first, but once you get the hang of the controls you’ll be ready to capture some cool videos around the house, office, or in the park. You can even do a flip with the AR Drone 2.0 by tapping on the screen twice.

Even though Parrot made some solid improvements to the structure of the AR Drone 2.0, one of the nice things about the machine is that all of the parts are replaceable. If you have a bad crash and break something you can order new parts from the Parrot website at a reasonable price.

A big reason behind Parrot’s success has been its third party API that allows developers to make games for the drones, and tweak them to do cool stuff. What your drone can be pushed to do is really only limited by your creativity, and with all the new sensors and better camera, we’ve already seen some awesome AR Drone hacks. 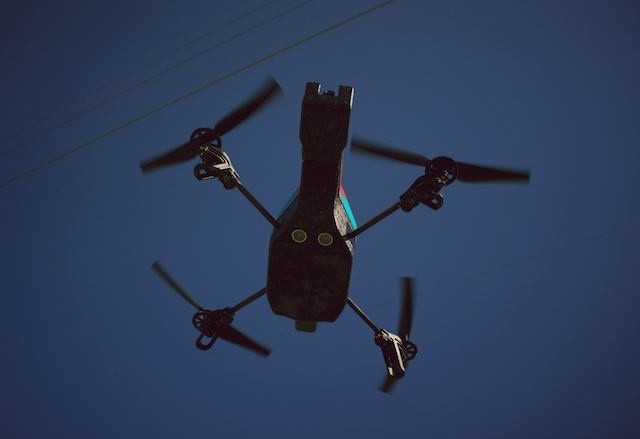 With a toy like the AR Drone you’re probably going to want to take it to a park away from your house and really explore the limits of your flying skills. Unfortunately, the battery life on the drone is a pretty big setback. The battery only lasts between 15-20 minutes. You can order a spare battery from Parrot’s website for $40, but after paying $300 for the AR Drone 2.0 you would think they’d just include it.

The AR Drone 2.0 isn’t cheap. It’s currently priced at $299.99, which sets it out of the range of most teenagers and young adults who would probably enjoy the AR Drone more than anyone.

Even though Parrot made some improvements to the camera, I’d still like to see them improve the image quality on stills. I live in a suburb of Phoenix devoid of tall buildings, so it’s fun to fly the drone up 200 feet and capture some aerial photos of the area because the only time you see the city from that angle is when you’re flying in a plane. The image quality of those stills is pretty bad though, and not something you can really use. It shouldn’t be too hard to put a better camera in the AR Drone 2.0 considering most cheap smartphones manage it.

The AR Drone 2.0 is really high-tech and the sonar sensor is great because it keeps you from crashing to the ground, but there’s some still room for improvement. It would have been great to have a GPS chip on the AR Drone 2.0 so users could program it for autonomy. Hopefully that will come in the next version. 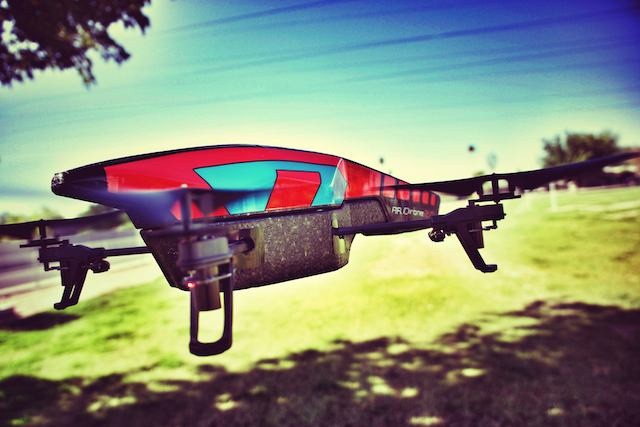 Overall, the AR Drone 2.0 is pretty freaking awesome. It’s the coolest toy for your iPhone or iPad you can buy. If the price doesn’t scare you, then we think the AR Drone 2.0 is a much better purchase than any other iOS helicopter on the market because it’s the easiest to use and is packed with advanced functionality. Playing with the quadrocopter never gets old, and the experience should continue to improve as new software and games are made available. 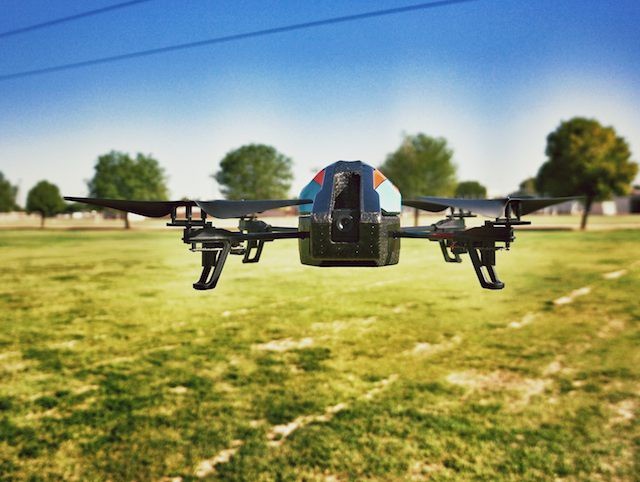 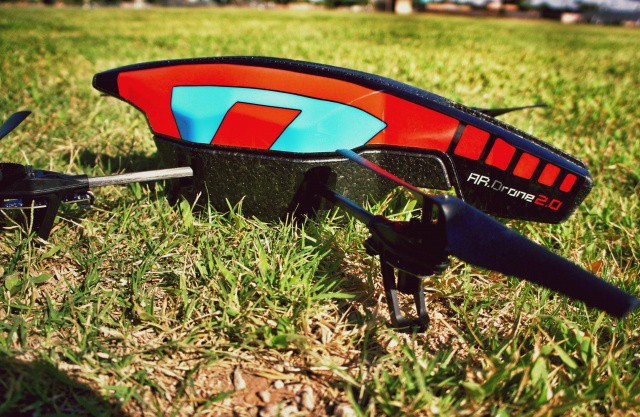