Apple mentioned during its unveiling of the MacBook Pro last week that it has made some substantial changes to the construction of the notebook’s display to help make it super thin. Unlike existing MacBooks, the new Pro does away with a cover glass and case to measure just 1.5mm thin, essentially making the entire display just an LCD panel.

Following their teardown of the device last week, iFixit has taken their screwdrivers to the new MacBook Pro’s display to see exactly how Apple’s changes have made the screen so thin. “Apple did not design and build a 1.5 mm thin LCD panel,” iFixit says. Instead, they did “something exceptional with the design of this display.”

Instead of constructing the new display out of an LCD panel sandwiched between a case and a cover glass — like most MacBook displays — Apple has instead used the MacBook Pro’s aluminum casing as the frame itself. Furthermore, it has done away with a cover glass altogether, leaving the LCD panel exposed as the frontmost piece of glass.

Whether or not this means the display is slightly weaker and that it’s more prone to damage will become clearer over time — probably as users begin to drop the device. But of course, Apple must be fairly confident about its strength. 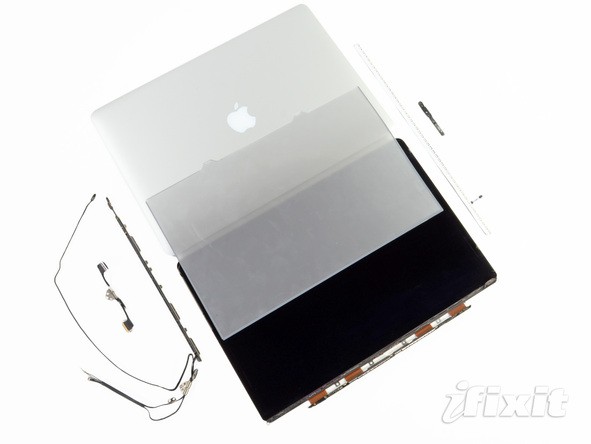