When Game Center was announced for iOS 5, some folks were skeptical. They didn’t really see the value in Apple taking on the leader board scene with already established players like OpenFeint, Plus+, Crystal, Gameloft Live, and others.

Those very same people would surely have to eat their words when they heard today at the WWDC in San Francisco that Game Center has over 130 million people using it and those folks submit 5 billion scores every week.

And now? Game Center is coming to the Mac.

This is huge, folks. Today at the Moscone Center, Apple senior vice president of software engineering Craig Federighi demonstrated Game Center for Mac OS X Mountain Lion and it is, forgive the pun, a game changer.

With initiatives like Microsoft’s SmartGlass out in the world, in which gamers and media consumers can move content from the Xbox to an iPad and back, Apple is playing offense here. Apple already has a living room media box with the Apple TV, and it also has an incredible mobile gaming presence with the iPad, iPhone and iPod touch three of the most popular gaming devices around. 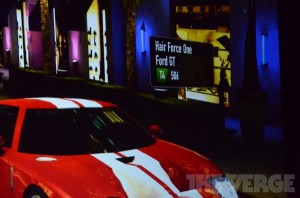 The most interesting thing about Frederighi’s presentation wasn’t that Game Center would now act like an “Xbox Live” gaming hub on Apple computers, but that cross-device gaming is now a reality. The game he played with an unnamed person dressed in a racing outfit complete with helmet had one of them on a Mac, the other on an iPad. “We support turn based and head-to-head gaming, across platforms,” said Frederighi.

Let that sink in for a moment.

Gaming is huge. iOS gaming has become a genre unto itself, regardless of what the Android proponents say (just try finding a game that isn’t on iOS before Android – they’re rare). Mac gaming has typically been hindered by technical and graphical constraints from the wide variety of PC games available for that platform. Having the iOS gaming success story available to cross over to the Mac? This is groundbreaking stuff, and it’s already here, unlike SmartGlass.

If Apple can continue to help developers bring their games from iOS to OS X, we’ll have a whole new gaming revolution happening, on your iPhone, iPad, bug screen TV, and – finally – your Mac. Good things are happening, indeed.