Have you ever been making a phone call and had an email notification chime in your ear? Or how bout a banner notification pop up during a game or video? Sometimes you may just want to get away from alerts and incoming messages. Instead of notification after notification endlessly causing vibrations in your pocket, why not tell your iPhone that you’re out for lunch?

How to tell Notification Center to shut up: 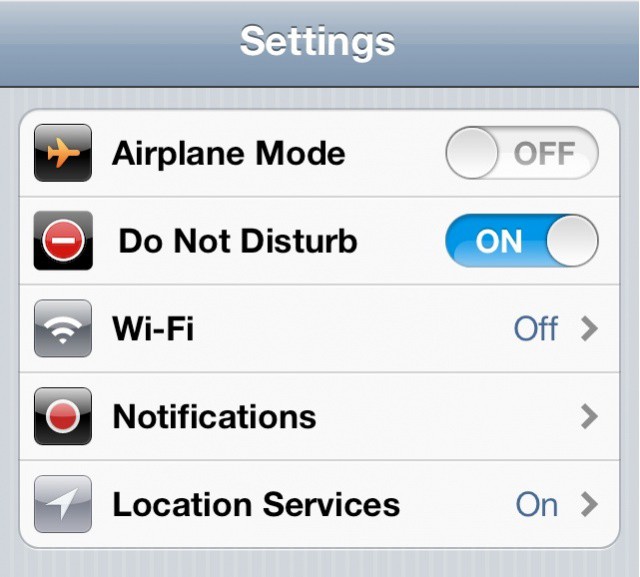 A simple jailbreak tweak called BannerDisable puts a “Do Not Disturb” toggle in your iPhone or iPad’s Settings app. When you flip the toggle, all incoming notifications (banner or otherwise) are hidden from you. They are collected in the Notification Center drop-down window and lock screen, but you won’t hear, feel or see them while the toggle is on. Don’t fret, you can always open Notification Center to see what you’ve missed!

BannerDisable is available now for free in Cydia, but you’ll need to add a special repo to get it. Go to Manage > Sources > Edit > Add in Cydia and type melkhior.me/repo. You’ll then be able to grab BannerDisable.

How to tell certain apps to shut up: 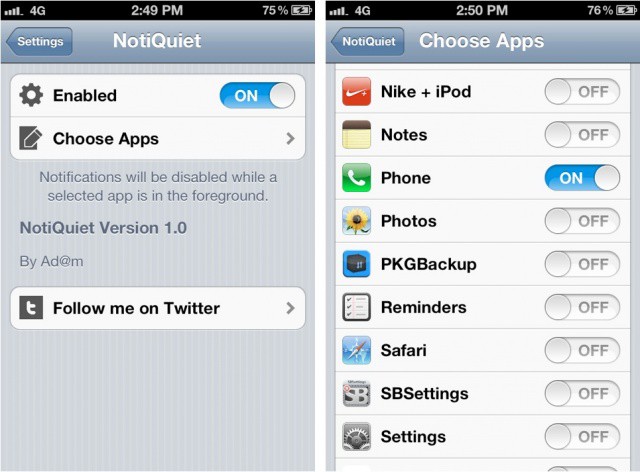 If you don’t want a blanket “Do Not Disturb” setting like BannerDisable, another jailbreak tweak called NotiQuiet may be right up your alley. Going back to the email chime during a phone call situation, NotiQuiet will allow you to mute all notifications while using a certain iOS app. So, for instance, you would never hear another notification while on a phone call ever again.

Like BannerDisable, missed notifications will still be collected in Notification Center for viewing later, but you won’t be annoyed by push notifications in certain apps. NotiQuiet is available for free in Cydia.