Katy McCaffrey had her iPhone stolen on a cruise ship last month. She had lost hope in recovering her smartphone, but then photos started showing up in her Photo Stream. The handy iCloud service automatically uploads photos taken on an iOS device to a feed that can be viewed on other authenticated devices.

Thanks to Photo Stream, McCaffrey got a look into the world of the man who stole her iPhone.

In a public Facebook photo album titled “Stolen iPhone Adventures,” McCaffrey has uploaded 20 photos taken on her iPhone by a man named Nelson. “It was stolen on board the Disney Wonder cruiseline back in April,” she said. “His photos are just making it to my photostream.”

Based on the photos, McCaffrey knows that Nelson works on the cruise line. He has posted photos of his pregnant girlfriend (who works at the ship’s spa), his drinking buddies, sunsets, Mexican coastline, a fake parrot, pirate hookers, and more. 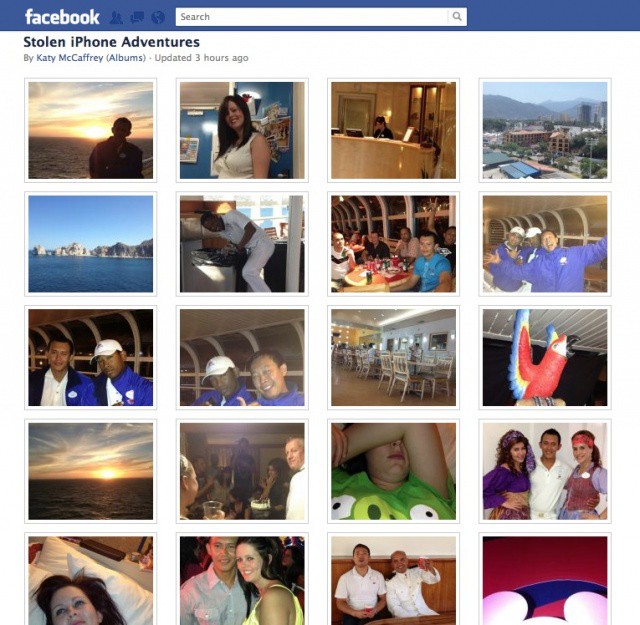 “I have alerted the officials of the Disney Cruiseline and forwarded them the photos,” McCaffrey said. “Hopefully I’ll get my phone back and maybe some free passes to Disneyland.”

Update: Looks like Nelson has already been fired. His Facebook reads “worked at Disney Cruise Line.” Poetic justice at its finest. 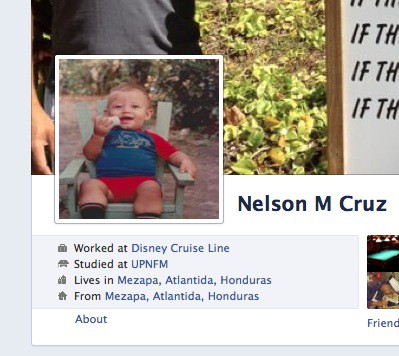