Sure, Dodocase makes a nice lightweight case, but it is pretty much the same one it launched a couple years ago. Pad&Quill’s cases, on the other hand, have just gotten better, iteration by iteration. Just like Apple’s products.

The latest are the Contega and Octavo cases for the iPad 3, and they pack a surprising amount of tech into such a traditional design.

The [Octavo][www.padandquill.com] is the regular book-style case, and the [Contega][www.padandquill.com 1] adds in an articulated rear section so it can be turned into a stand. Both are constructed from bookbinder’s card covered in real leather, and the frames inside are made from baltic beechwood.

So what’s new? Well, the wooden frames are now lacquered for a smoother and frankly nicer finish, but the biggest change is the new “Sure-Lock” bumper system. The old models used rubber strips in the corners of the case to the iPad into place with sturdiness and friction alone (it’s worth noting that these always felt very secure to me). The Sure-Lock corners actually let you clip the iPad into them, and the result is not only even more secure, but it’s also easier to remove the iPad when you need to.

These cases will last you forever. The construction is top notch, and the natural materials (wood, leather) will improve with age like George Clooney or Viggo Mortensen. They’re not necessarily designed to be rugged, but if you drop one with your iPad inside, you probably shouldn’t worry too much about it.

The wooden frame is key to this. Not only is it machined to fit the iPad perfectly, it still manages to have cutouts for all the controls while remaining stiff. And for those still annoyed by the last two iPads’ stupid rear-firing speaker, the Pad&Quill’s reflective speaker cutout — which redirects the sound towards you — will be very welcome.

But the best part of the new cases is the Sure-Lock system. A picture will probably be the best description…

… but if you can’t see pictures, they’re corner pieces which actually push into holes in the wood to keep them in place. The pieces are made from stiff rubber and cup the corners of the iPad with an L-shape, and a lip along the top inside edge grabs the iPad and stops it dropping out, even if you hold it face-down and shake. Hard.

The ribbon from previous versions is still there, and gives you something to pull on to extract the iPad from the case, although this can be done more easily with your fingers now, and it doesn’t feel like you’re going to snap the iPad in two like a slab of chocolate.

Finally, the Contessa’s clever system for transforming into a stand takes the stylish but limited case and turns it into something very useful. During testing I have used it as a stand for watching movies in bed, and to prop up the iPad at an angle to use while typing articles on a paired Bluetooth keyboard, and as a hard case to take my iPad out and about on rougher-than-usual trips. And it also works well as a stealth case if you don’t want people to notice you are carrying $800-worth of electronics.

There’s not much not to like here. If you’re looking for a lightweight case, this isn’t necessarily it: the Contega weighs in at 472 grams (16.7 ounces) and the Octavo at 342 grams (12 ounces). This is by no means heavy, but compared to a Smart Cover and rear skin it isn’t exactly lightweight.

And if you pushed me, I might say that the camera-hole, which leaves the bare wood inside peeking through, is a little ragged. But then again, I saw a prototype for the iPad 2 a year or so back where the wood had been colored black to match the cover. That looked way worse — the wood is at least honest.

Hands-down the best case of this style that you can buy. Brian Holmes and the folks at Pad&Quill are constantly tweaking the design to be better, while keeping the traditional feel. You’ll know immediately if this is the style of case that you want, and if you do, the only decision you need to make now is what color lining you want. I’m partial to the purple myself, but that might just be my regal delusions talking. 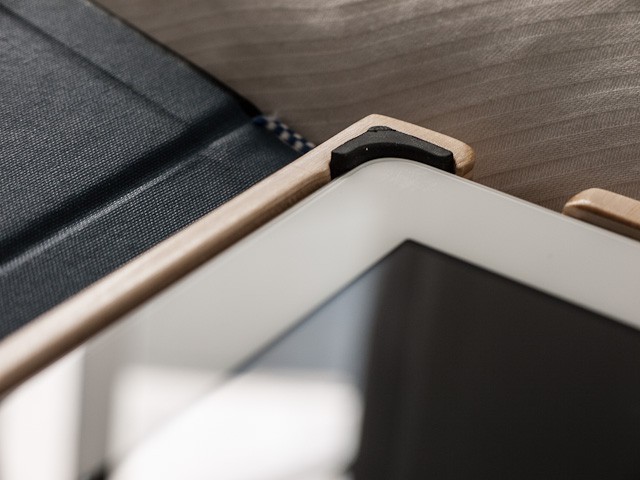 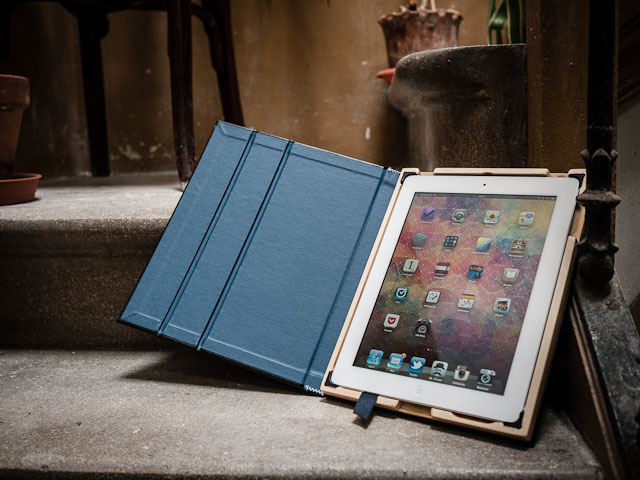 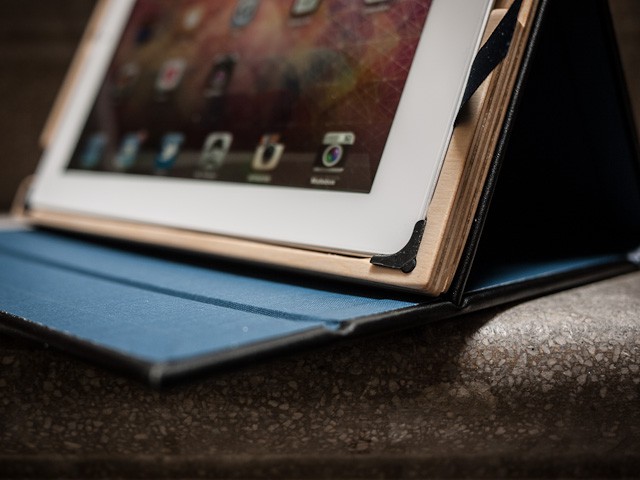 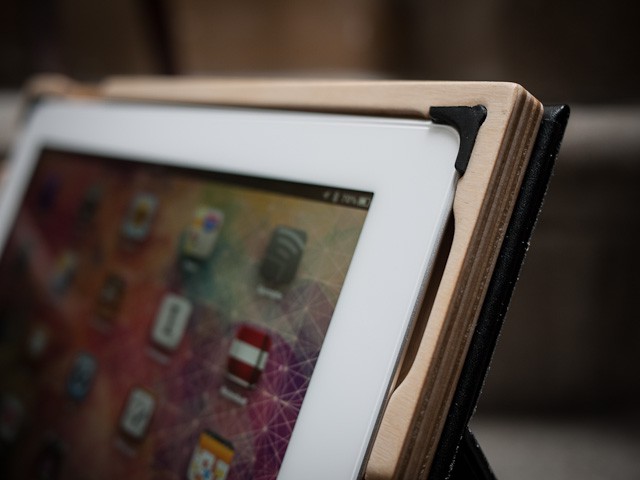 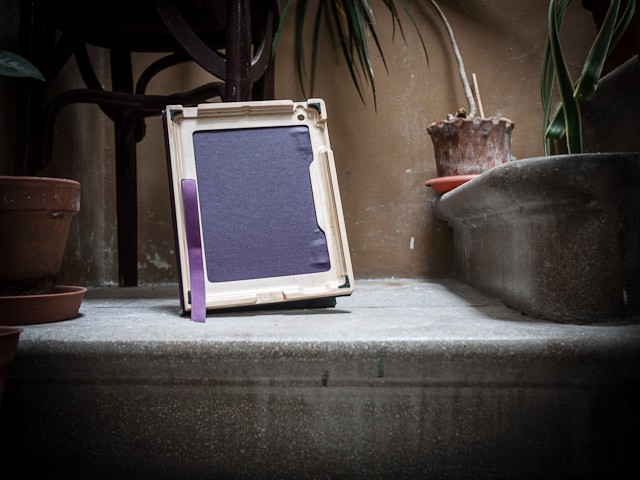