For anyone who spends a lot of time in trains and planes, noise-canceling headphones are pretty much essential. But if you’re walking the streets, then noise canceling can be a pain or even a hazard, isolating you a little too much from your environment.

Luckily, the Able Planet Linx Audio Clear Harmony headphones sound pretty good with noise cancelation both on and off. And they’re also comfy enough to keep on throughout a long journey.

You’re probably familiar with how noise cancelation works. A microphone samples environmental noise, and the headphones then playback the same sound wave, only it’s inverted. This cancels out the original sound. It sounds like magic, because it is. The tech only works on regular, droning sounds – you can still hear people clearly even when the airplane’s engine whine is all but gone – but the point is to let you either rest your ears from all the noise around you, or to let you play music and movies at a lower volume to keep ear-damage to a minimum.

The NC1100B headphones, as they are called, are huge. Like DJ-big. At the same time they’re very light, and very comfortable. Compared to a smaller pair of Sony’s I have, these actually feel lighter on the head and in the hand.

Plug them in and put on something like Everything But the Girl’s Like the Deserts Miss the Rain and you get a very open-sounding, uh, sound, with big (but not clogged) bass, clear vocals and ridiculously well-differentiated highs. These are headphones that will make you want to dig out great music and just sit and listen to it.

They even make good work of compressed music. I don’t have the golden ear I used have to when I was a total hi-fi nerd (I actually had solder-spills on the covers of my hi-fi magazines), but even 192kbps AACs sound good (lossless can sound great, depending on the recording). Fire up Hendrix’ Voodoo Child (Slight Return) on Spotify and, while you won’t get the full experience of a big pair of floor-standing speakers, it sounds pretty good.

I could go on. In fact, I think I will. I hate Reggae, but weed-smokers the world over will be happy with how Sly & Robbie’s new album, Blackwood Dub, sounds. And finally, the granddaddy of all great headphone-testing tracks – The White Stripes’ Catch Hell Blues (320kbps MP3) – really rolls along. In fact, Meg’s bass drum thwacks so hard it actually starts to get painful. Still, I can’t turn it down.

And that’s before we even switch them on.

The noise canceling works just fine. It cuts out hums and – like any other noise-canceling cans – generates a hiss when you’re in a truly quiet environment. But the real trick here is the Linx Audio, technology taken from hearing aids for the deaf.

Linx Audio, says Able Planet, is used to enhance speech clarity, and reduce noise. When you switch the headphones into active mode, the sound immediately peps up, but to me it gets a little too aggressive and… not jangly but a bit too clear. This is probably great in noisy places, letting the vocals and highs really shine through, but for more subdued listening I’d recommend keeping them off.

The other problem is wind-noise. If you’re out and about listening in the streets, switching on the noise cancelation will amplify any wind noise and crackle it up into your ears. This is thanks to the mic that samples outside sound, and probably can’t be helped at all. Also, cable knock sends echoes of your footsteps into your ears.

This can be fixed by swapping out the cable. The supplied cord has an in-line remote, but its the kind that uses a potentiometer to cut out the sound coming through instead of telling your iPhone to turn itself down. I found myself taping in on the full position and using my iPod’s volume controls.

These headphones sound great. They also come with a carrying case and adapters to use in planes or on setups with larger 1/4-inch jacks. But here’s the rub: they cost $350, and I’m not sure they sound seven times better than my $50 Koss Porta Pros.

Of course, that’s not the point. In reality the Able Planet ’phones sound wayyy better than the Koss cans, but that is indeed a lot of scratch. Still, if you’re in the market for something in this range, you should certainly put the NC1100Bs on your to-listen list. They certainly impressed me. 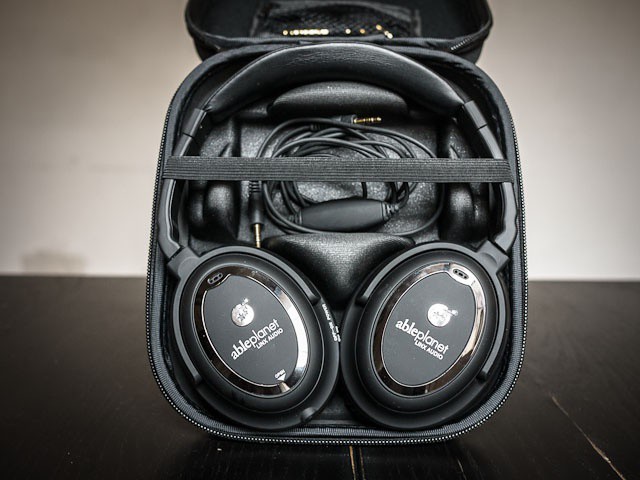 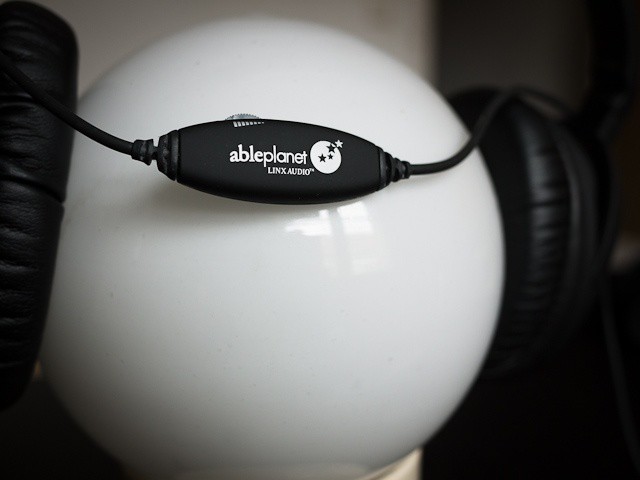 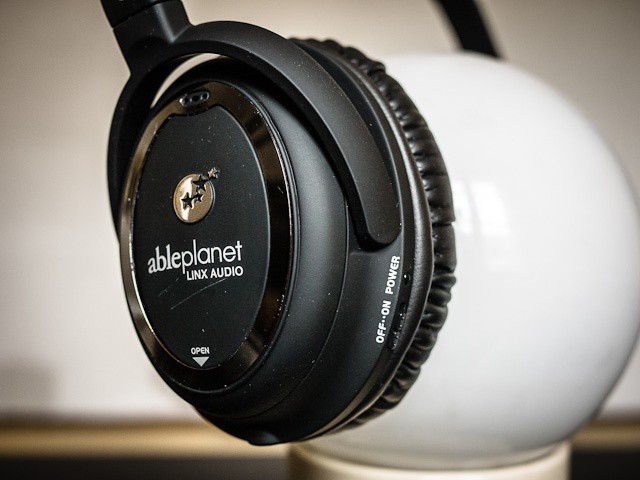 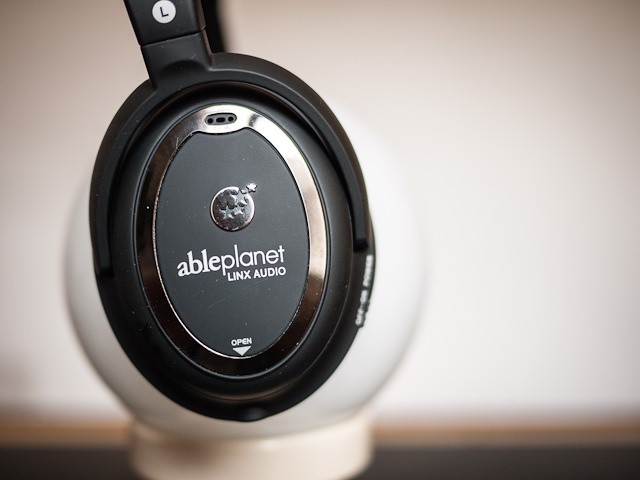