Breaking free from the mold of conventional apps like Tweetbot and the official Twitter for iPad, developers Adam Bell and Miles Ponson have created a unique Twitter app for the iPad called Crest. Priced at $1.99 in the App Store, Crest isn’t a power user’s tool for digesting vast amount of tweets. Instead, it’s a fun, leisurely way to view your Twitter stream from the comfort of your new iPad’s Retina display.

“When the idea of Crest was created, Miles Ponson (@tweek) approached me and told me that he wanted a display of some sort to ‘show off’ his twitter feed,” Adam Bell said to Cult of Mac. “We both decided that WWDC’s app wall was a brilliant idea, and that it would be the best fitting as it’s both pleasing to the eye and looks wicked cool if it’s mounted on a wall.”

Crest is very simplistic in its interface and feature set. Tweets fall down in real time from the top of the iPad’s screen like Tetris blocks. Tapping each avatar will display the related tweet. Tapping on the black area will display a search bar and the app’s bare-bone settings. 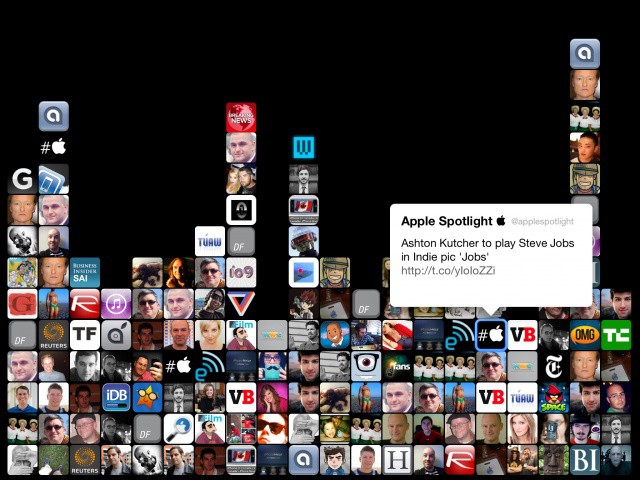 Gestures are the way you interact with tweets in Crest. Swipe from right to left on the screen to compose a new tweet. When you’re viewing someone else’s tweet, swipe from right to left to reply. That’s it. There’s no option to send links to Instapaper, star, or retweet. Incoming tweets don’t even have timestamps. You can swipe from left to right on the main screen to view your own profile and tap on a “@” username to view another profile (no option to follow or unfollow).

Crest is the kind of app you want running on your docked iPad at your desk. It’s visually interesting and crisp on the new iPad’s Retina display, but that’s where its attractiveness pretty much ends. When running the app your iPad’s screen will never shut off automatically, so be wary of that if you decide to download. The app supports both portrait and landscape orientations. There’s an in-app browser for links, which is a nice touch. You can also choose to hide retweets from those you follow if you so desire.

Bell summarized the intention of Crest to Cult of Mac, “Crest was never really designed to replace clients, such as Twitterrific or Tweetbot. it was meant to be a happy medium, yet still be functional. You hear about a new form of technology emerging, or some celebrity dying, and although twitter posts technological previews of seeing all this data and commotion in realtime, you never really get to experience it. Personally, the thing I find coolest is the fact that as soon as someone posts something, you see their thought “drop” down the instant they say it. There’s no need to scroll through an endless list of tweets anymore, you just tap.”

Crest has already been making waves in the App Store since its launch less than 24 hours ago. It has climbed to the top 10 charts for Social Networking in several countries, and Bell is pleased with the app’s initial success. Crest for iPad is available now in the App Store for $1.99. Let us know what you think in the comments! 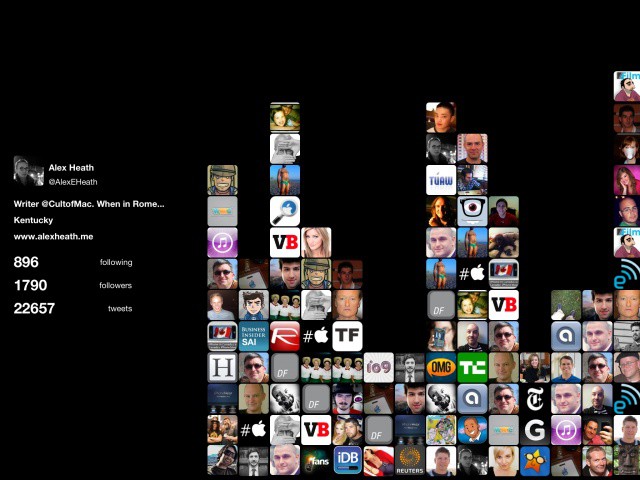 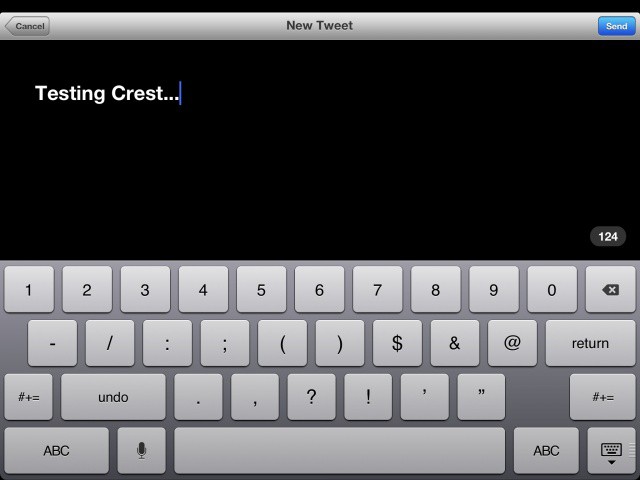 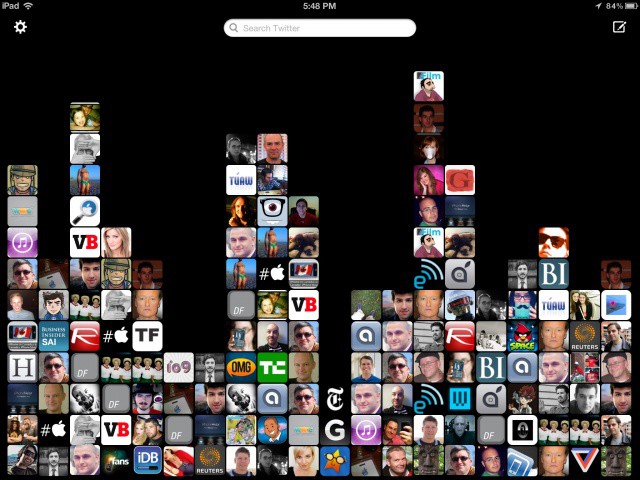