Some recent reports have suggested that the new iPad can use more data than its predecessor while on 4G LTE networks. This shouldn’t surprise anyone since faster download speeds on the new iPad will certainly lead to more online activity. It’s like saying an engine won’t get you somewhere faster after its been turbocharged.

One of the biggest features in the new iPad is its ability to use 4G data speeds on AT&T, Verizon, and select carriers in other countries. In most cases one can get faster speeds on the new iPad than a home DSL connection offers. It’s truly phenomenal.

Since you can’t get unlimited data on the iPad here in the states unless you’re grandfathered in, it’s important to be careful about how you use your iPad when you’re away from a WiFi network. It can be easy to blow through 1GB of data in a month if you don’t watch your activity. Here are some helpful tips and tricks for saving 4G data on your new iPad. 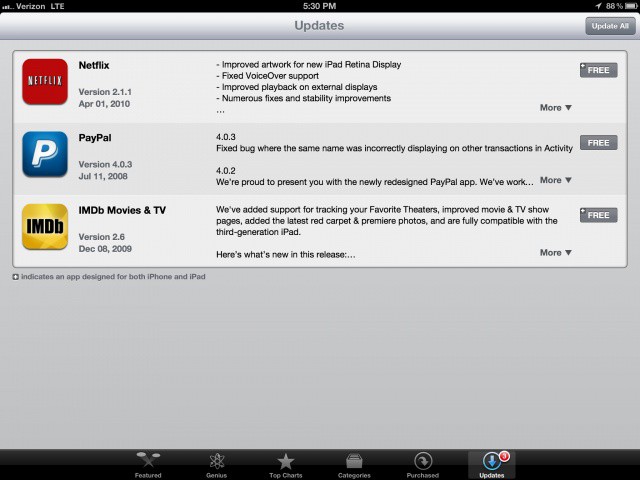 One of the quickest way to use up precious bits is downloading apps and app updates. As a rule of thumb, you shouldn’t be using the App Store often while on a 4G or 3G network with bandwidth caps. Apps you download can weigh up to 50MB, and app updates can weigh over 20MB in a lot of cases. You don’t want to update a bunch of apps at once when you’re not connected to a WiFi network unless you know you have data to spare. It’s best to save the App Store downloading for later when you’re not on the go.

Avoid Streaming Video And Most Audio 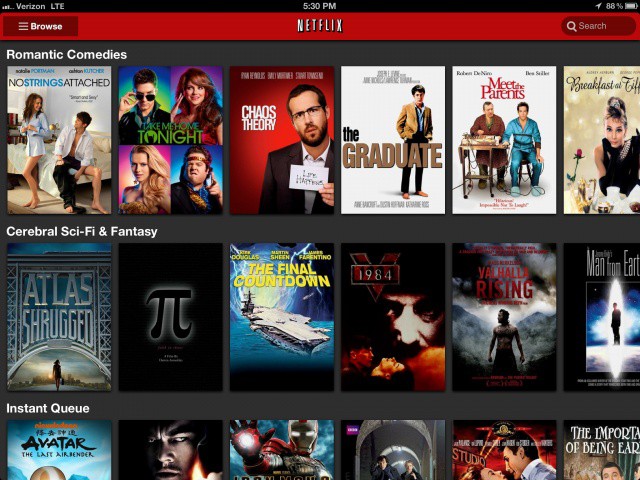 This tip shouldn’t be a big surprise. Streaming video (especially HD video) over 4G or 3G will blow through your monthly allotment before you can say Cook’s your uncle. A Netflix movie in standard definition will run you between 500 and 700MB on average, while a HD movie will usually weigh in at about 3.5GB. TV shows can run anywhere between 400MB and 1500MB.

Streaming HD over YouTube will also rack up the bits pretty fast, so view vids at a quality that’s under 720p if you absolutely need to watch keyboard cat on the road. The same goes for audio. If you download music through iTunes Match, bet on each track clocking in at a few megabytes. Services like Rdio and Spotify will let you stream audio at pretty good quality through their apps, so watch out for that too. Every little bit counts. 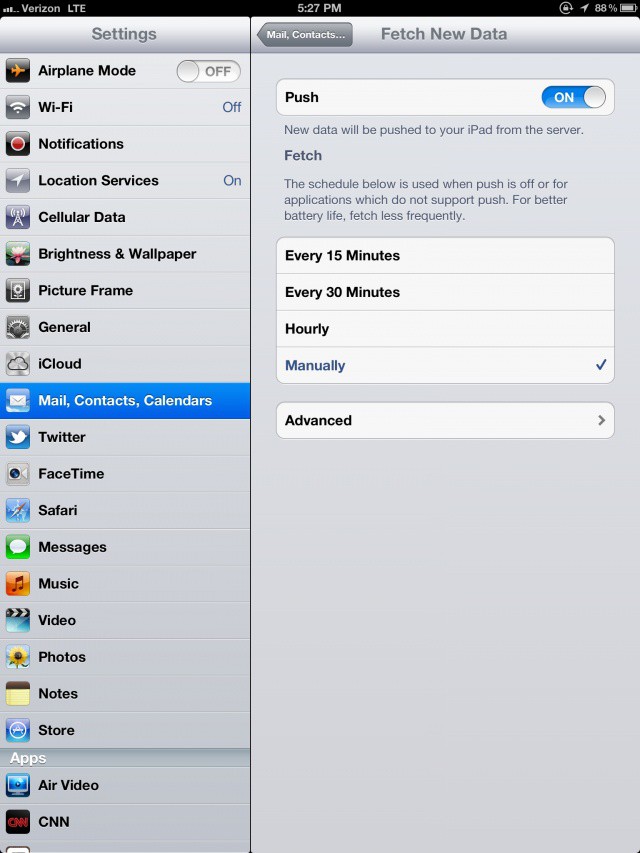 Believe it or not, the way you configure your iPad’s Settings can affect how much data you use. One of the first things you can do is turn off (or restrict) push notifications for Apple’s Mail app under the General section of the Settings app. Every time an app calls out to retrieve data in the background, you’re losing bits you could use in more valuable ways. Most kinds of push notifications (Facebook, Twitter, etc.) require a data connection, so consider turning those completely off under Notifications in Settings.

If you’re worried about accidentally downloading tracks in the iPad’s Music app with iTunes Match, turn off the “Use Cellular Data” toggle under the Music section of Settings. Under the Store section of the Settings app you’ll see the option to use cellular data for downloading music, app, and book purchases on the iPad. Toggle this off as well if you’re concerned about saving data. 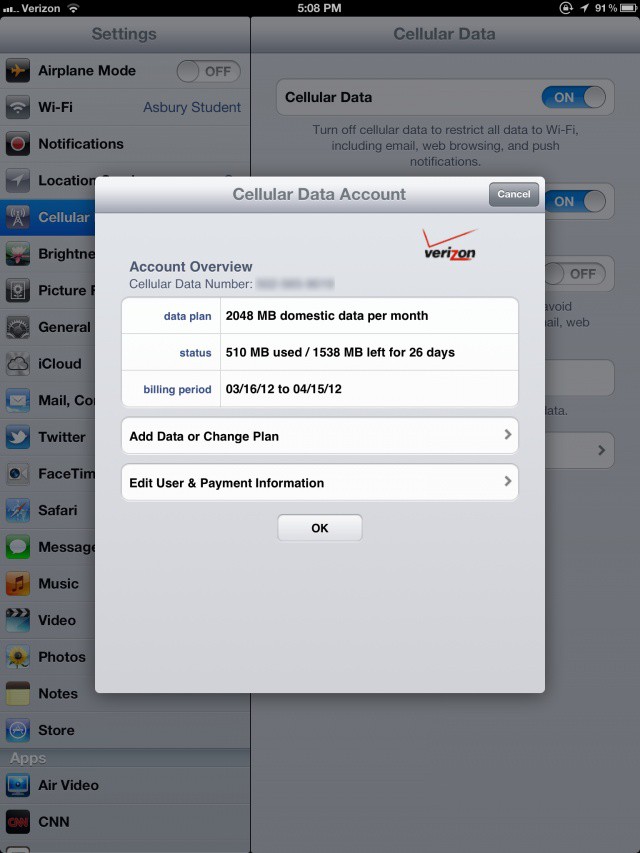 You’ll never go over on your bill if you stay aware of your daily usage. You can see your usage right in the iPad’s Settings app under the Cellular Data section. Tap the option to “View Account” and enter your carrier login info. Information will then be displayed about your data plan, including how much you’ve used for the current billing cycle. There’s also apps like Data Usage for keeping track of things.

If you have any other tips or tricks for saving data on the iPad, let us know in the comments!