Now this is what I call an iPod sound system. Most iPod speakers are pretty weedy. Not the Mix Boombox IMT800, a digital ghetto blaster released on Thursday by Altec Lansing. Available now for $300, the Mix Boombox promises to be loud and heavy.

More images and details after the jump. 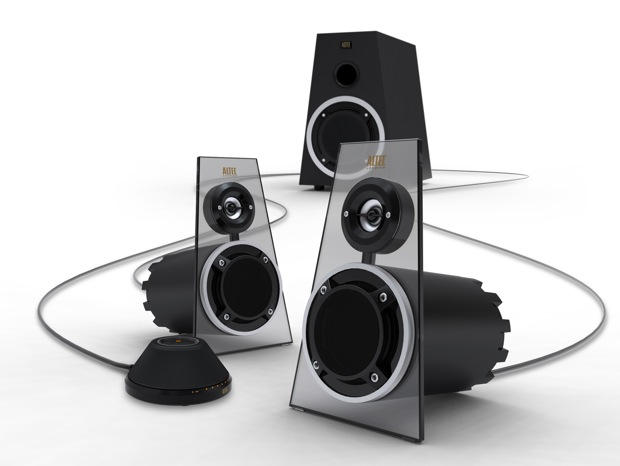 It certainly looks the part, and Altec Lansing makes good sound gear. The Mix Boombox is designed to be lugged around and play multiple iPods. It runs off batteries or AC, has carrying handles, and boasts three sound inputs — an iPod/iPhone dock at front and a pair of Aux In jacks on top to connect your friends’ iPods.

“Altec Lansing interviewed 50 people in six cities around the globe to gather information on people’s sound system needs, specifically in relation to their lifestyles,” the company says. “One important finding: People want to share their playlists. That’s why the Mix features dual auxiliary inputs—so two iPods or other mobile devices can be plugged in then turned on and off anytime by flipping a switch or using a remote.”

Available now for $200, the Expressionist Ultra boats is built for volume, clarity and bass, the company says. It will deliver 200 continuous watts of sound, which Altec Lansing claims is the most powerful in its class.

The 3-piece system has five digital amplifiers, five separate drivers, and a 6.5-inch subwoofer. It has a desktop controller and input jacks for Aux In and headphones. 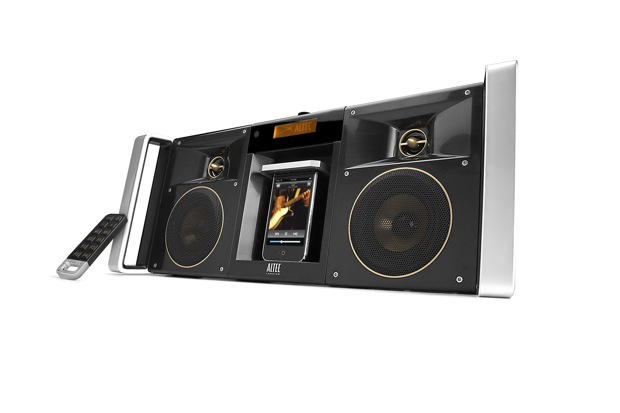 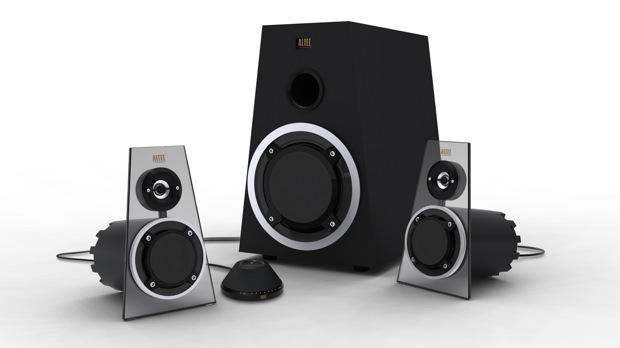 Number of comments on this postLeave a comment
Posted in: News Tagged: hardware