The new Timbuk2 Command Messenger 2012 ($140) is nothing like the first Timbuk2 bag I ever owned, some 11 years and 20 pounds ago, back when I was heavily commited to the world of cycling. Timbuk2 called it the Bolo, and it was a real messenger bag — though messengers almost always opted for it’s larger sibling, the Tag Junkie — crafted from a single piece of vinyl and Cordura; just a massive main compartment with not much more than a small pocket sewn on the outer face for coins and maybe a patch kit.

Although it’s just about as tough, the Command Messenger is light years away from my Bolo (and is really as much a messenger bag as a Chevy pickup is an ox cart): It’s sophisticated, uses several advanced materials, has loads of pockets and a trick feature that makes air travel easier for laptop-toting jestsetters. My how you’ve grown, Timbuk2.

This brand-new, second iteration of the Command Messenger goes a long way to fixing many of the niggling little quirks of the first version (more on that later); but thankfully, almost all of the good stuff of good stuff that carries over from the original.

The Command’s marquee feature is its TSA-compliant laptop pocket, which unzips from the main bag to lie flat, eliminating the need to remove your MacBook from its protection when going through airport security. I tried this on a recent flight, and sure enough, the bag went through the scanners without the TSA so much as batting an eyelid.

Two other smart features that carry over unchanged are the bag’s Napolean pocket — a little zippered stash on the front of the bag that makes it easy to access frequently used items without opening the main flap (I kept my wallet in it) — and the odd double quick-release strap adjuster, which can be adjusted to the right size via the cam, then unclipped when the bag needs to be taken off. For those whose daily load varies fairly radically from day-to-day this will feel like overkill, because the cam will need to be adjusted to the different load anyway; but it’s a nifty feature for commuters with a generally static load.

There were apparently some complaints about other features in the old version though, so Timbuk2 made changes: The scrawny, awkward handle has been replaced by a nicely padded one in a better position; two removable strips to cover the rip-and-stick area that keeps the main compartment closed now come with the Command so the bag doesn’t make as much noise when being opened; gone is the weird studded laptop compartment lining, replaced by an equally weird swiss-cheese foam material (Timbuk2 calls it “Crater Foam”) that’s lighter and is supposed to lengthen the life of your laptop’s battery by allowing the laptop to cool more quickly; gone also is the bag’s complicated, overkill system of inner components; and finally, the luggage pass-through at the rear now has a rip-and-stick closure at the bottom, making it a perfect stash for an iPad or magazines.

Of course, like all Timbuk2’s messenger bags, the Command is lined with thick, waterproof TPU and wrapped in tough, abrasion-resistant ballistic nylon. Because that inner liner is waterproof, it means better protection in wet weather; the elements can still sneak in through openings where the flap closes, but even that is mitigated with the addition of two small flaps on the side of the bag that healp create a better seal when the bag is cinched shut.

This isn’t the bag for travelling light. The ballistic nylon face, TPU liner and horde of pockets make for a heavy load. Also, there isn’t a heck of a lot of padding to this bag; those of you who like to throw your gear around should likewise look elsewhere.

Some elements of the Command’s design still leave me scratching my head. The original had two smaller interior pockets perfect for an external HD or card reader, etc. What happened? Where’d they go? And what’s with that long zippered pocket under the main compartment? It’s pointless: too small to comfortably fit (a MacBook’s, anyway) power brick with extension cord, and too big for just the brick — yet that’s its intended purpose. Also, it’s smack on the bottom of the bag, with no padding. Hmm.

It’s on the expensive side for a laptop carrier, even taking the premium materials and components into account. 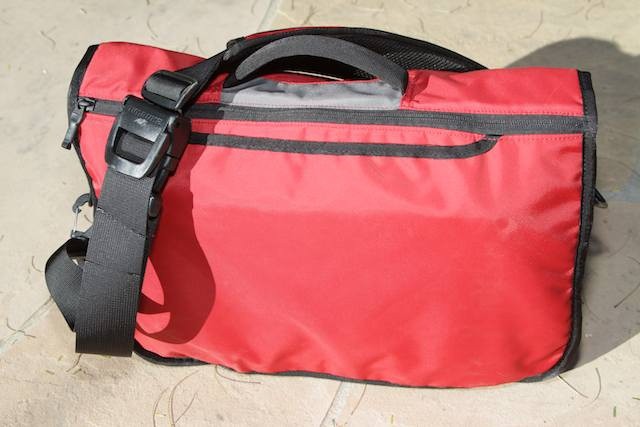 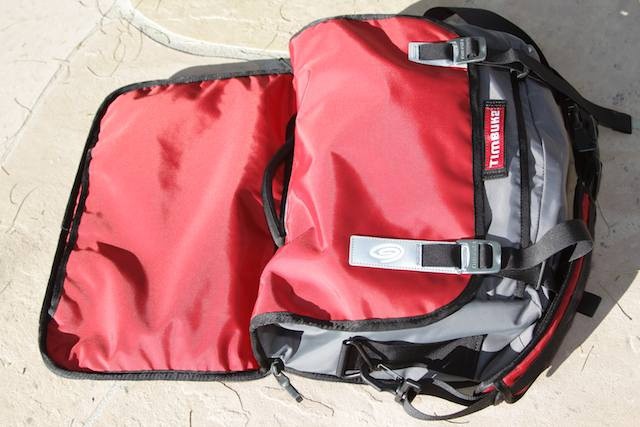 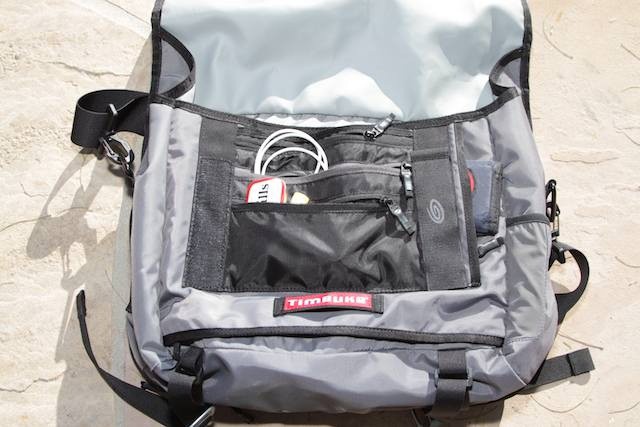 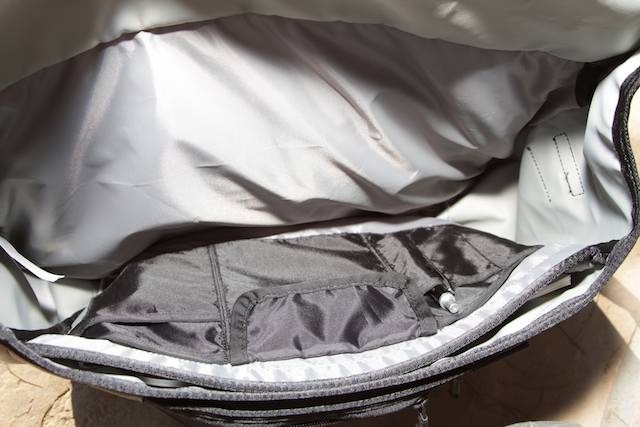 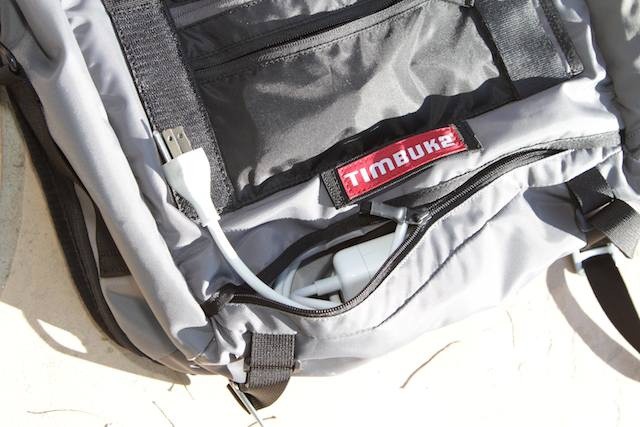